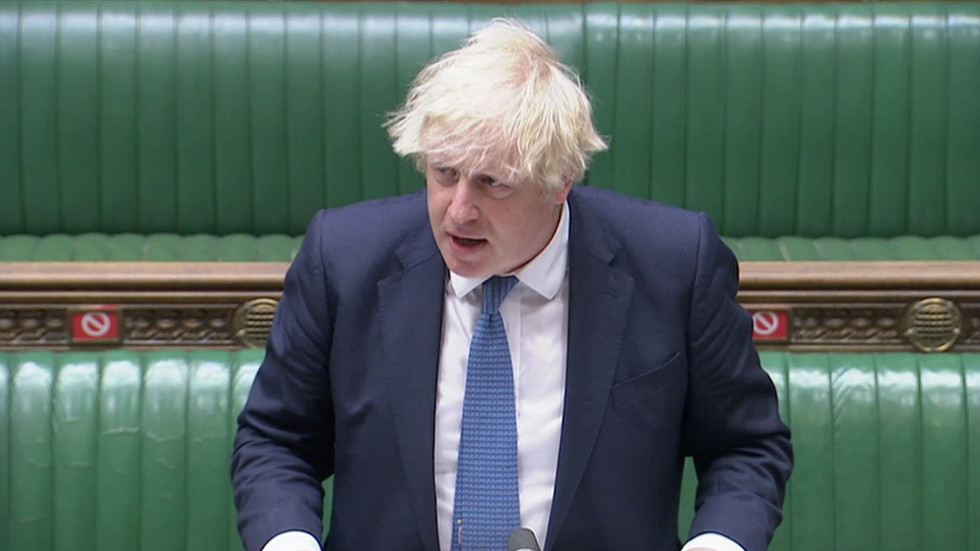 Social media sites will be slapped with fines if they do not remove racist abuse online, UK prime minister pledges

In an attempt to combat racist attacks online, Prime Minister Boris Johnson has announced that social media sites will be fined 10% of their global revenue if they fail to remove abusive posts.

Johnson announced the move on Wednesday when addressing parliament, calling on major social media sites to do more to remove racist abuse or face sanctions.

"Last night I met representatives of Facebook, of Twitter, of TikTok, of Snapchat, of Instagram and I made it absolutely clear to them that we will legislate to address this problem in the Online Harms Bill and unless they get hate and racism off their platforms, they will face fines amounting to 10% of their global revenues."

The decision comes following a slew of racist attacks on English footballers Bukayo Saka, Jadon Sancho and Marcus Rashford after the three players missed penalties resulting in their country’s loss in the Euro 2020 final on Sunday. Johnson fervently condemned the subsequent racism, instead praising the England team as national “heroes.”

In the wake of the abuse, Facebook and Twitter took a proactive stance and removed racist tweets, pledging that they would continue to do so. Twitter released a statement that read: “We have swiftly removed over 1,000 Tweets and permanently suspended a number of accounts for violating our rules – the vast majority of which we detected ourselves proactively using technology.”

Instagram, on the other hand, came under fire for not doing enough to remove derogatory comments by people who posted monkey emojis under players’ posts and other racial slurs.

The Online Harms Bill was proposed by Johnson’s predecessor, Theresa May. The legislation aims to hold social media sites accountable for controlling content, or face being fined £18 million ($25 million) or 10% of their global turnover.