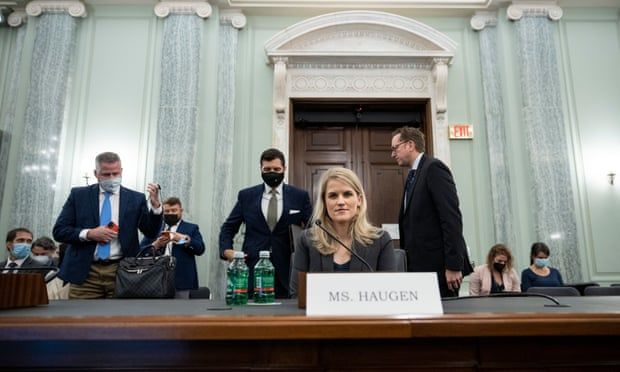 Social media is a bad feelings machine. Why can’t we just turn it off for good?

I owe my career to Twitter, but two years reporting on the pandemic has made me realise disinformation costs lives, says Guardian journalist Sirin Kale
I have a fantasy and it goes like this: a political party is formed, running on an anti-social-media platform. It campaigns on a pledge to ban social media. (“SWITCH IT OFF” is its straightforward, and elegant, slogan.)

The party wins a general election and at midnight, on what comes to be known as Social Media Freedom Day, the prime minister pushes a giant button that blocks all access to social media. Crowds cheer. On the anniversary of Social Media Freedom Day – which becomes a bank holiday, of course – children burn effigies of Mark Zuckerberg and dress up as the Twitter bird.

I write this as someone who owes her career and her partner to social media. I had no journalism qualifications, connections or experience when I began blogging in the mid-2010s, and through Twitter I was able to get a paid internship that gave me my start in journalism. My boyfriend and I connected through Instagram after years of liking each other’s posts. So much of my personal, and professional happiness has been made possible through social media.

But as time has gone on I have become more and more certain that the solution to many of the most pressing issues of our time is simply to switch social media off.

I have spent much of 2021 reporting on the pandemic – in particular how the spread of misinformation on social media has pushed people to reject lifesaving vaccinations. I have listened to family members weep as they remember loved ones who would be alive today were it not for social media conspiracy theories. The instinct to dismiss these deaths is a callous one. All of us make bad decisions, not least when you have the weight of the internet pressing upon your cerebral cortex.

In October, Facebook whistleblower Frances Haugen testified before Congress about her experiences working at the social media giant. There, she saw evidence that its products were making teenagers anxious, depressed and suicidal, and contributing to ethnic violence in countries such as Ethiopia. Facebook, Haugen concluded, was putting “astronomical profits before people”. And yet the response to these allegations was handwringing followed by a collective shrug. No one seems to be prepared to take the brave, but necessary, step, of unplugging the damn thing.

On social media I see grifters pushing quack therapies on impressionable people. I see people radicalised into obsessive hatred of communities of people they’ve never even met. I see cases of a condition called “poster’s brain” – in which habitual social media users feel compelled to post offensive, and often career-ending content – so severe I fear there is no cure. (Like the podcaster who announced to the world earlier this year that he refused to feed his hungry child for six hours until she learned how to open a tin of beans, to name one.) I see ministers debasing the offices of state. Democracies subverted and genocides fomented.

And you know what the tech overlords are doing while we are fighting on the internet all day? They are getting extremely rich. They’re paddle-boarding in Hawaii. They’re banning their children from using social media while simultaneously planning a version of Instagram for kids, because our children can grow up anxious, depressed and miserable off the back of their algorithms, but not theirs.

And of course, I am entirely complicit. I use social media and even though I try hard not to be cruel on it, I’d be lying if I said I didn’t enjoy watching someone I’ve formed a negative opinion about, despite having never met them in real life, get roasted by an internet horde. I’m in the bear pit, eating nuts, enjoying the show.

Of course I could delete all my social media accounts. Cancel my season ticket to The Discourse; stop watching as a new villain of the day is crowned on Twitter. You think I don’t want to do that? I Google “lighthouse keeper jobs Orkney” twice a week. But I’m a journalist. The editors who commission me are on social media. I worry about disappearing. And besides, I’m addicted. I’ve checked Twitter eight times writing this piece.

I need a responsible adult to do it for me. I’ve had enough of the bad feelings machine. Won’t somebody switch it off? Please? Can we switch it off?
#Mark Zuckerberg  #Facebook
Add Comment