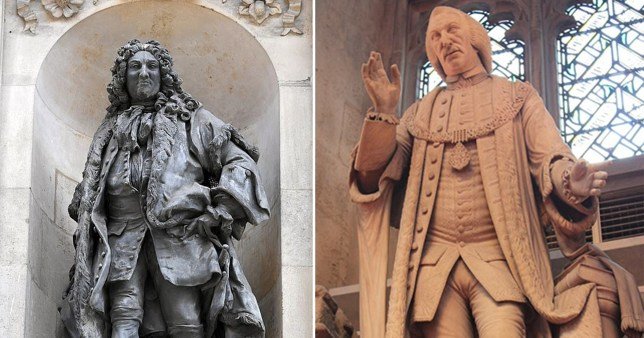 Statues of Sir John Cass and William Beckford will be taken down from prominent positions at the historic Guildhall building in Moorgate.

A taskforce – set up in the wake of Black Lives Matter protests last summer – recommended the statues be removed to ensure the Square Mile is a place where ‘everyone feels safe and welcome.’

A committee has today voted to go ahead with the removal and look into commissioning a new memorial that remembers the victims of the slave trade in the city.

William Beckford was a two-time Lord Mayor of London in the late 1700s who accrued wealth from plantations in Jamaica and held African slaves. His statue will be removed, re-sited and replaced with a new artwork, the corporation said.

Sir John Cass was a 17th and 18th century merchant, MP and philanthropist who also profited from the slave trade and his statue will be returned to its owner, the Sir John Cass Foundation.

The co-chair of the taskforce Caroline Addy said: ‘The slave trade is a stain on our history and putting those who profited from it literally on a pedestal is something that has no place in a modern, diverse City.’

The removal of the statue of Edward Colston from its plinth in Bristol last June sparked a nationwide debate about the future of statues across the UK with links to the British empire and slavery. 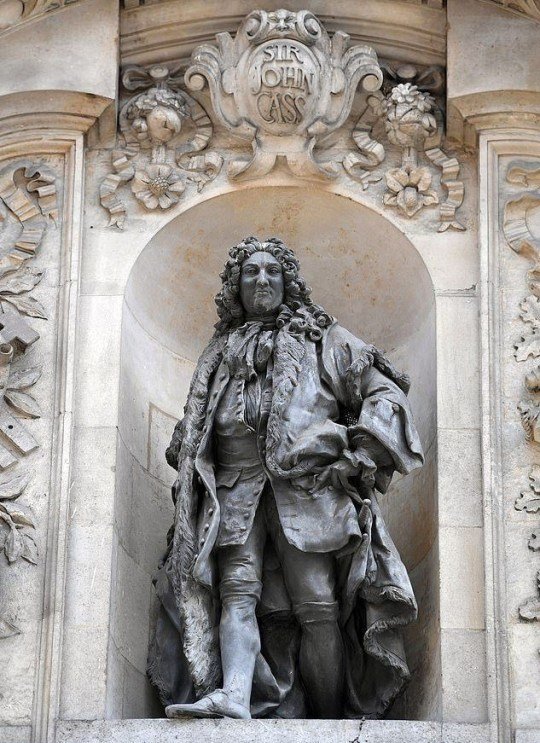 This statue of Sir John Cass is being removed 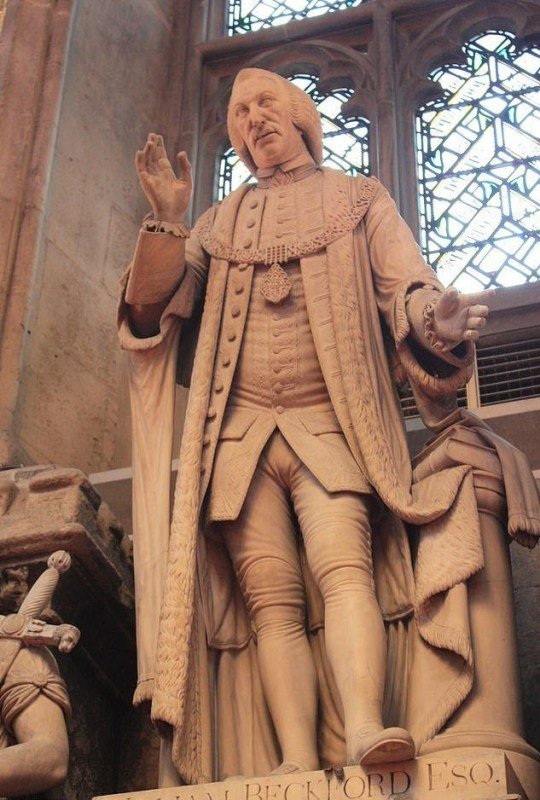 The statue of William Beckford will also be taken down

Some have criticised the moves as an attempt to airbrush history while other have argued men with links to so much suffering and death should not be celebrated.

More than 1,500 people responded to a consultation set up by the City of London asking for people’s views on statues and other landmarks in the Square Mile with links to slavery.

City of London Corporation policy chair Catherine McGuinness said: ‘This decision is the culmination of months of valuable work by the Tackling Racism Taskforce, which has taken a comprehensive approach to addressing injustice and inequality.

‘The view of members was that removing and re-siting statues linked to slavery is an important milestone in our journey towards a more inclusive and diverse City.’

The corporation will also introduce measures aimed at improving diversity in the Court of Common Council – its primary decision-making body – including appointing a dedicated officer responsible for member diversity.

Recommendations by the tackling racism taskforce to boost diversity among staff by introducing anonymised recruitment for all pay grades, extra training and a ‘reverse mentoring’ scheme have already been approved.