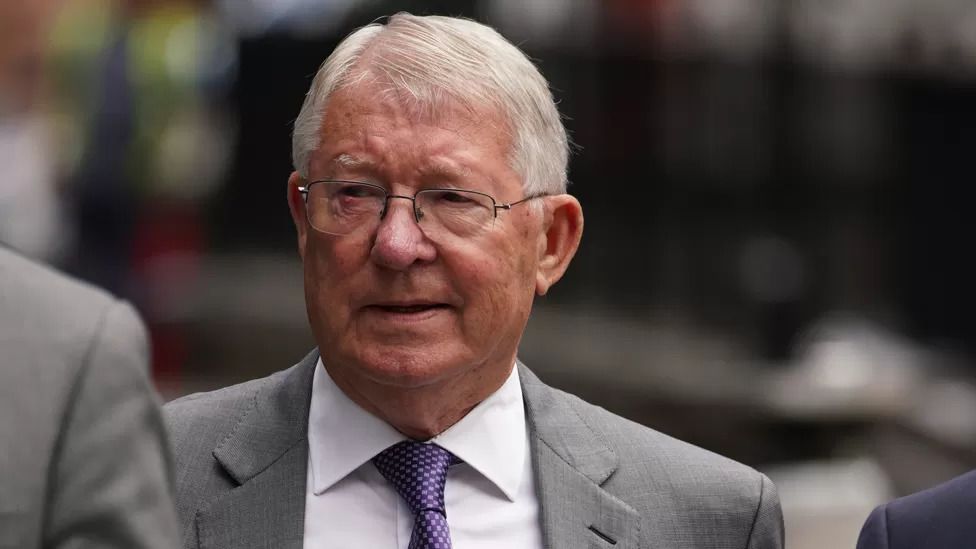 Sir Alex said he was "without doubt the best example we had at the club" and "everyone looked at Ryan Giggs as the number one".

The incident is alleged to have happened at the home of the former Wales international and manager in Worsley, Greater Manchester, on 1 November 2020.

'The jam in my doughnut'

His love notes and poems have also been read out at Manchester Crown Court over the past two days.

In one, he told Kate Greville she was "the jam in my doughnut, the truffle in my pasta, the salt in my tequila," the court heard.

Sir Alex, 80, who was called as a defence witness, told the jury: "To have a career as long as he had in a difficult position, in terms of energy, he fulfilled everything we ever wished for."

Speaking of his early encounters with him as a child, Sir Alex said: "We visited his house to try to convince him to come to Manchester United. Myself and my assistant Archie Knox."

Chris Daw QC, defending, asked: "Did you get to know him as a child during that period?"

Sir Alex replied: "His main contact was his mother. She was very good. Very accommodating. Ryan was a quiet boy. He just sat there listening to what was being said. His mum did all the talking."

He said they spoke about ambitions for the club.

Sir Alex said: "They had been going through a bad period when I arrived at the club in 1986. We had a big job to do. We saw Ryan as one step towards a better situation in regard to young players."

He told the court the player signed a schoolboy form with Manchester United before getting into the first team at the age of 17. 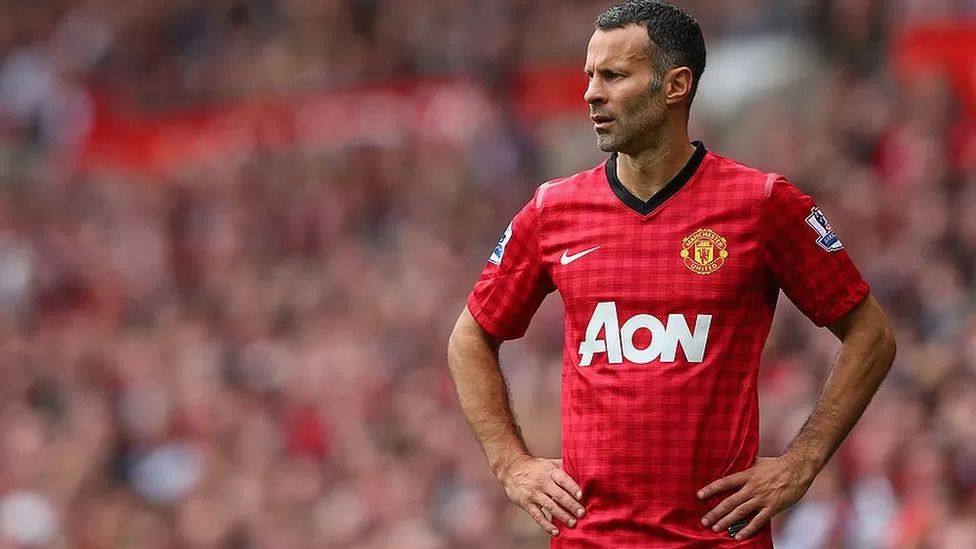 Ryan Giggs' football career ended with him as the most decorated player in the Premier League era, with 34 trophies

He said: "That was was the first time we had to really think about looking after him.

"The thing was, the press started comparing him with George Best. We had to face a lot of attention on the boy.

"I said to his mother: 'Look, if you are able to trust me I'll look after him'.

"If any media came to him they had to come through me. We did this to protect him.

"When someone's saying you're the next George Best, it's a big issue. But the boy was great, no problems.

"Any media who came towards me wanting to do articles had to come through me."

Mr Daw QC asked Sir Alex if he was aware of Mr Giggs having girlfriends.

The former manager said: "When we had dinners at the end of the season he would bring a friend with him, yeah."

'Sharp end of my tongue'

He said Mr Giggs played for Manchester United from the ages of 17 to 41 and had a "fantastic record".

Sir Alex told the court: "When he got older the issue of the dressing room became - I used Ryan a lot in the sense of, when I lost my temper about performance I would use Ryan as an example sometimes.

"He got the sharp end of my tongue, but I knew he could take it, he was strong enough.

"Everyone else in the dressing room would think: 'If Ryan Giggs can take it, we can all take it'." 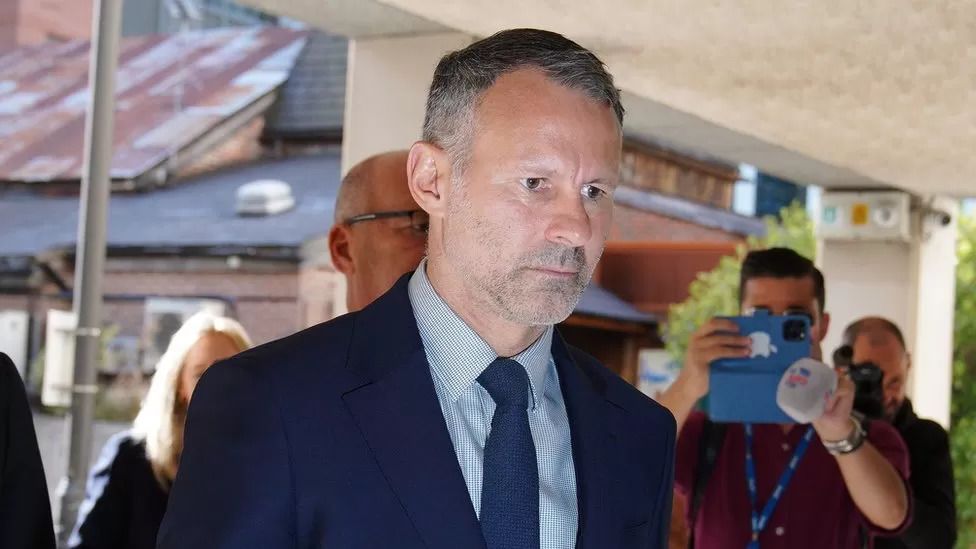 Sir Alex's testimony came after messages and poems between the ex-player and Kate Greville were read to the court.

On November 6 2017, Giggs said: "Morning gorgeous. I am so punching. You are truly amazeballs."

'You rock my world'

Ms Greville responded: "You are not punching. You rock my world. You also have the bestest bum in the world. You are incredible."

Giggs replied: "Fandabidoozie. You are the jam in my doughnut, the truffle in my pasta, the salt in my tequila.

Ms Greville said: "I keep thinking of us walking on the beach. You make my heart skip a beat. I even love massaging your feet."

On New Year's Eve 2017, he sent a post which spelled out his partner's surname: "G for Gorgeous, R for Radiant, E for Extraordinary, V for Vivacious, I for Idolised (by me), L for Legs, L for Legs, E for Everything I have wanted." 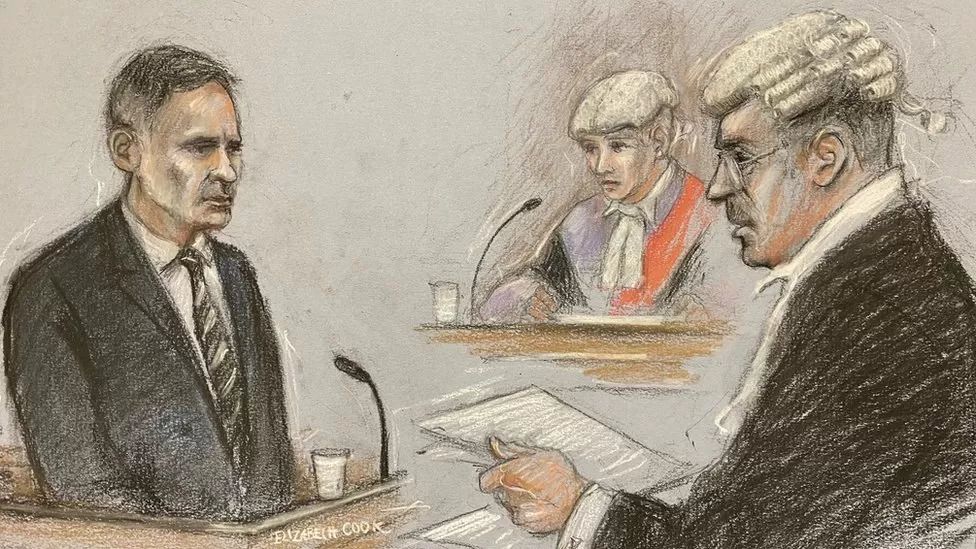 Karen Baird, who is chairman of the League Two club which Mr Giggs co-owns, described him as: "Very much a gentleman."

She said: "In meetings I find him attentive. Generally just polite and I have always got on well with him.

"I think he is a genuinely nice guy. One of the calmest people I have ever met. Very relaxed and laid back."

Mr Gill said Mr Giggs took his job as a player and a coach "very seriously".

He went on: "He is always very polite. I found him to be honest. You can trust what he said.

"I always found him to be a measured person... with a pleasant sense of humour.

"I know Ryan to be hard-working, dedicated and always willing to help and improve."