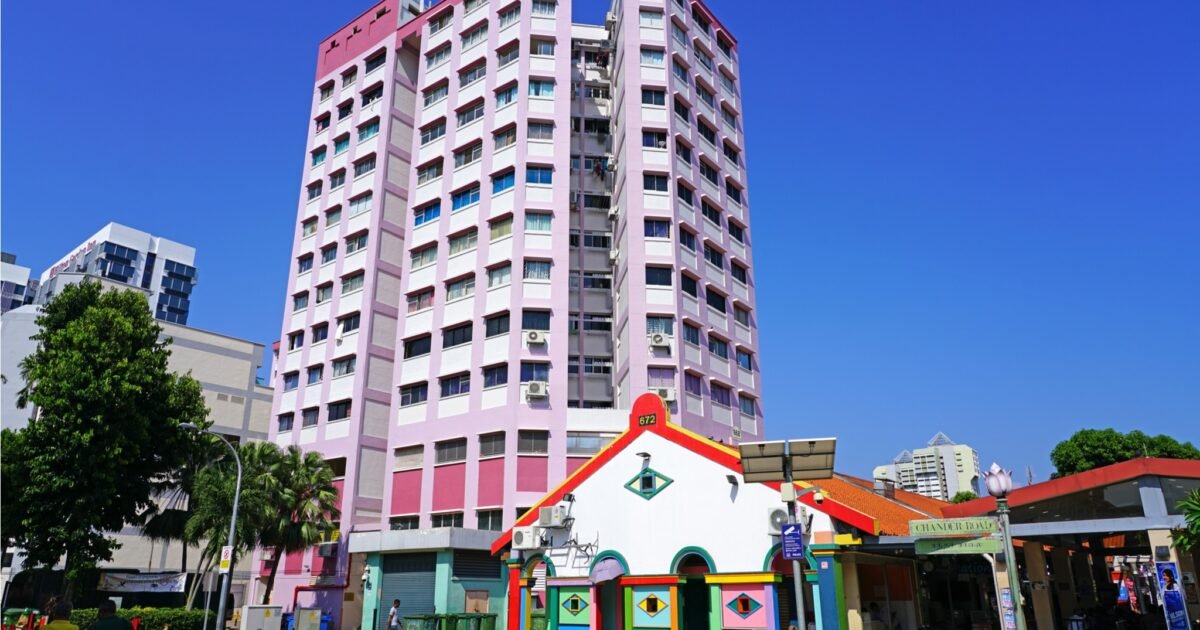 "Although it was unfortunate that the migrant workers of Singapore had to endure such appalling conditions amid a global pandemic, the data from the incident is as precise as it gets and shouldn’t be ignored. Close to half of the over 320,000 workers locked away in crowded and unsanitary...
On December 14, 2020 Singapore’s Ministry of Health communicated a summary of the steps it took to contain a raging Covid-19 breakout in its migrant worker living facilities.

The report itself claimed that the city-state had over 320,000 migrant workers living in cramped dormitories and around 47% or a little over 152,000 contracted Covid-19.

In Singapore, migrant workers, mostly from other parts of Asia such as India and China, are subject to a number of restrictions on their freedoms and are often seen as second class citizens. Despite the city-state’s high standard of living, migrant workers often occupy low-wage jobs and are even legally barred from living with Singaporeans to a certain degree due to widespread xenophobic and racist attitudes. Bloomberg elaborates on the living conditions and treatment of migrant workers when it writes,

“Many migrant laborers live in dormitories built in partnership with the government, which may be in old factories or other converted industrial spaces, or in walkup apartments, shophouses, or construction sites. At construction sites, housing is either a temporary, standalone structure, or the workers may actually inhabit the building they are constructing. From the government’s point of view, this is fine if the site is “structurally safe,” says (Jolovan) Wham, whose organization has been advocating against this type of housing. It’s not just about structural safety, he says. “How can you rest properly? How can you cook? The workers have to use portable toilets, and they don’t have proper sanitation. The government justifies it by saying it’s more convenient.”

Having thousands of people living in such conditions with Covid-19 on the rise is a ticking time bomb. When Covid found its way into the dormitories it spread like fire on dry tinder.

The report includes a summary of the various public health policies employed to contain the virus which included placing dormitories on quarantine, frequent testing, and increased medical staffing. Some of these policies may have helped contain the virus while others were alarming human rights issues. In particular, the lockdown of the dormitories was especially gruesome as thousands of workers were forced to live in close quarters without basic amenities such as air conditioning in tropical heat. This is in contrast to what those outside the facilities enjoyed which was essentially normal life.

“It was a remarkably different experience to the lockdown the rest of the country was going through, with shopping allowed, daily exercise encouraged and every type of outlet offering delivery. These people were well and truly locked down, with only basic meals delivered to them.

Around 93% of all infections in Singapore would come from these facilities as the rest of Singapore proceeded with relatively little restrictions.

The most interesting statistic to come out of this incident is that despite all the horrific circumstances these migrant workers endured, there were only two deaths and 25 admissions to the ICU. With a virus prevalence rate of over 152,000 that gives us an infection fatality rate of around .0013% and a hospitalization rate of around .016%.

Furthermore, there were almost double the amount of individuals testing positive with a serology test, which detects those who have been previously exposed rather than a PCR test which detects those who currently have the virus. According to the Ministry they maintained a ratio of 1:1.8 of PCR confirmed cases to Serology confirmed cases whereas other countries like France had a ratio as high as 1:15. They claim that this is due to their more frequent testing but it also suggests that there have been far more people in general across all countries who have been exposed to the virus than what has been reported. Provided below is a graphic from the Singapore Ministry of Health detailing the data.


What has happened in Singapore is certainly a human rights violation but it has also acted as an unintentional controlled experiment that has yielded interesting information about Covid-19. There are few if any places in the world that such a controlled and thorough natural experiment occurred. The virus was let to spread rapidly through a population of low socioeconomic status, in universal as well as unsanitary living conditions, and what can be assumed to be working age. The result was only two deaths and 25 ICU admissions out of an infected population of over 152,000. Such an occurrence runs entirely counter to the prevailing narrative surrounding Covid-19.

Further Research
The short answer to what this means is that it confirms earlier data that people under 65 are largely safe from Covid. In this case it seems like the death rate was especially low, which seems to align with a recent study published by Dr. John Ioannidis with the WHO. According to the study,