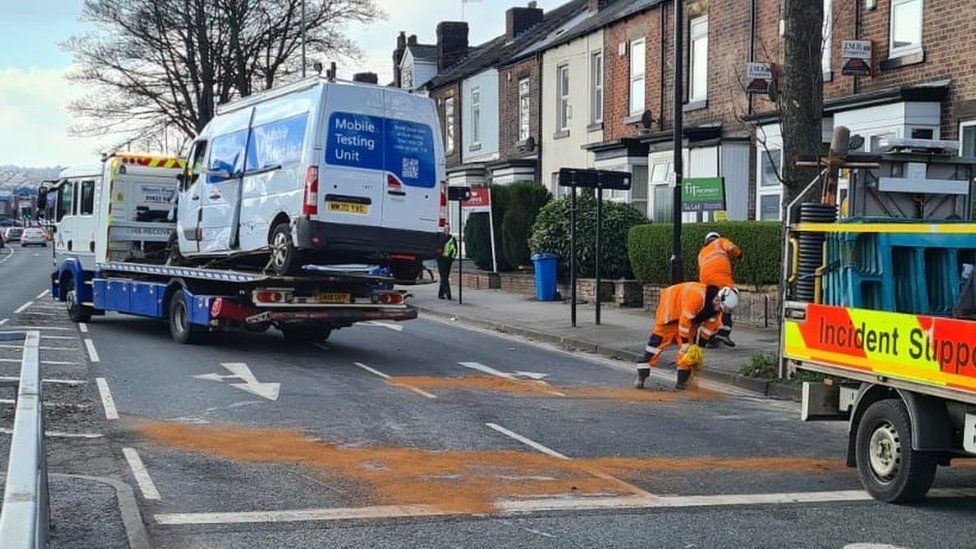 Sheffield boy steals Covid van then crashes it into car

A child stole a Covid testing van and crashed it into a car before fleeing on foot, police have said.

South Yorkshire Police said staff at a business on Weedon Street called officers at 04:15 GMT to report the van stolen.

Police spotted the van on Bramall Lane at 06:30 and it stopped on Queens Road after colliding with a silver Ford Ka.

The driver, a 13-year-old boy from Sheffield, was found nearby and detained, police said.

They said he had been arrested on suspicion of burglary/theft of a motor vehicle. 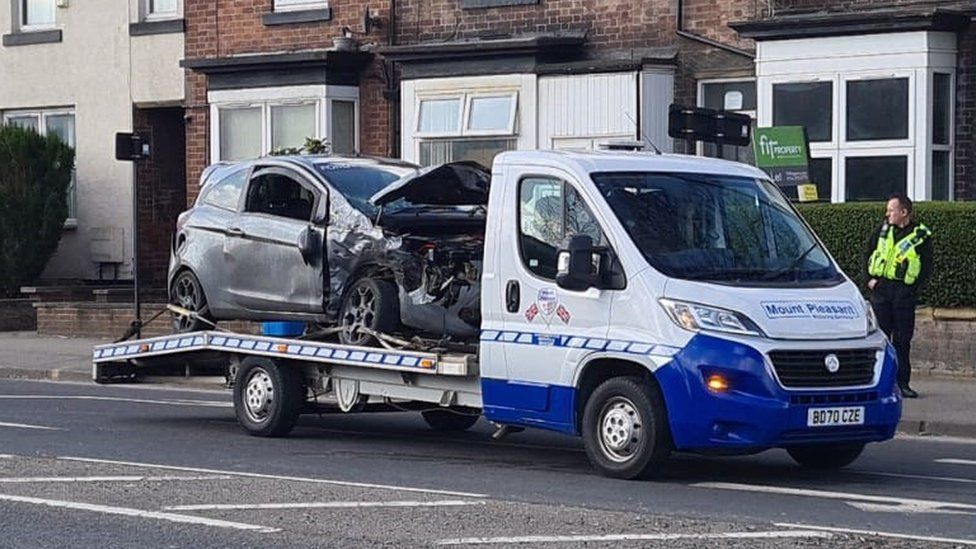 The driver of the car, a man in his 50s, was treated at the scene by Yorkshire Ambulance Service before being taken to hospital

The driver of the Ford KA, a man in his 50s, was treated by paramedics and taken to hospital.

South Yorkshire Fire and Rescue Service also attended to help make the scene safe, and Queens Road was closed at the junction with Duchess Road for a time but has since reopened.