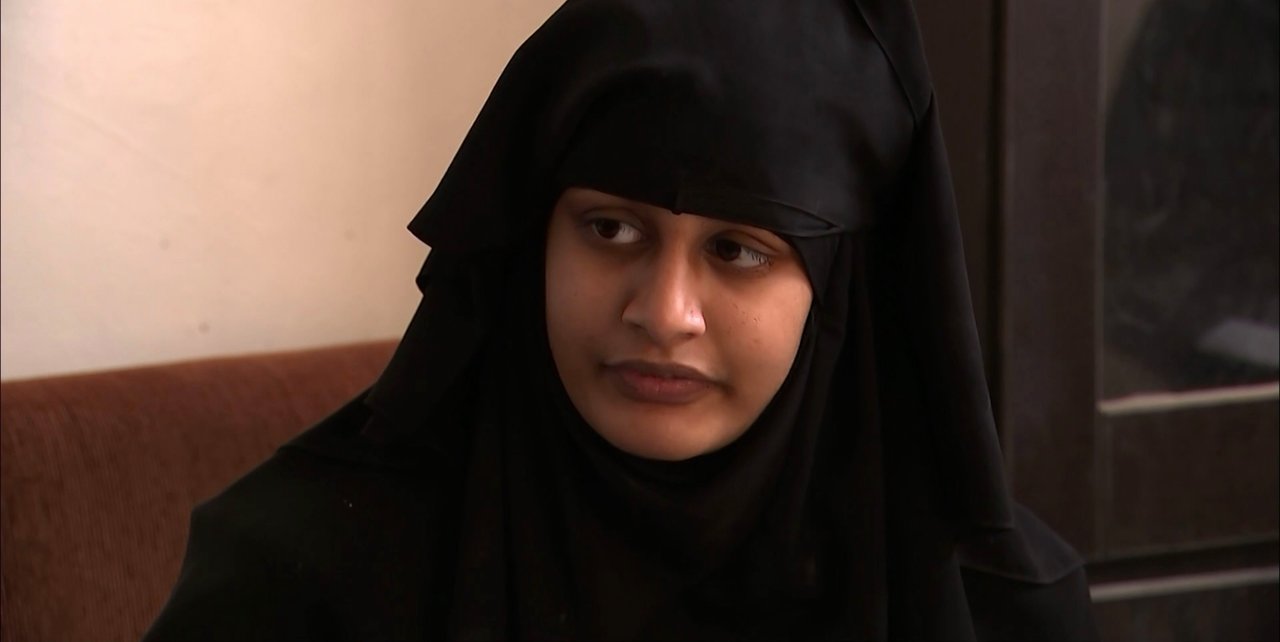 Ms Begum, 21, was one of three east London schoolgirls who joined the so-called Islamic State group in 2015.

A lower court ruled she could leave a Syrian refugee camp to attend the case.

But government lawyers said there was no guarantee the intelligence service could monitor her among other demands.

Sir James said: "If you force the secretary of state to facilitate a return to the UK… the effect is to create potentially very serious national security concerns.

"You can't keep the person out of the jurisdiction - and that is a highly valuable weapon in the armoury of public protection."

In a written submission to the court, he added: "Can it be right that a person who has involved themselves in terrorism, and is now abroad and subject to restrictions that affect their ability to participate in proceedings, is able to rely on those self-created impediments to insist on return to the jurisdiction to enable them to participate now in such proceedings?"

Shamima Begum says she wants forgiveness - but the government is determined to keep her out, having concluded after her 2019 media interviews that she is a threat.

The accuracy and fairness of that security assessment has not been considered yet by judges because of this legal battle over whether the 21-year-old is able to put her case at all.

Whether we are good or bad, we are all entitled under British law to defend ourselves and to have a fair and effective hearing in a court.

Given Ms Begum is stuck in a dangerous camp, the Supreme Court must wrestle with what this fundamental right means for people like Shamima Begum.

Its judgment could be far-reaching.

Two other women deprived of citizenship, codenamed "C3" and "C4", are beginning their appeals today.

They and their seven children are also in the grim northern Syria camps. Their fate may be closely tied to what the Supreme Court decides on Shamima Begum.

Ms Begum was found, nine months pregnant, in a Syrian refugee camp in February 2019. The baby later died of pneumonia and Ms Begum said she had previously lost two other children.

She launched an appeal after her citizenship was revoked by the Home Office on security grounds in 2019.

In February, a specialist tribunal - the Special Immigration Appeals Commission (SIAC) - said the decision to remove Ms Begum's citizenship on national security grounds was lawful because she was "a citizen of Bangladesh by descent". She is understood to have a claim to Bangladeshi nationality through her mother.

The Court of Appeal later ruled that whatever the merits of Ms Begum's case to remain British, the only way she can take part in a "fair and effective" hearing is to be brought back to London because she cannot take part in any hearings from the camp. She would be subject to tight security controls.

Ms Begum's barrister Lord Pannick QC has argued that if the court decides "the solution" is not to allow Ms Begum to return to the UK, then "the deprivation order is unlawful and must be set aside".

The hearing is set to last for two days - with Ms Begum's lawyers expected to formally respond to the government's case on Tuesday.

The UK Supreme Court is deciding whether teenage runaway Shamima Begum should be allowed back to stand trial.