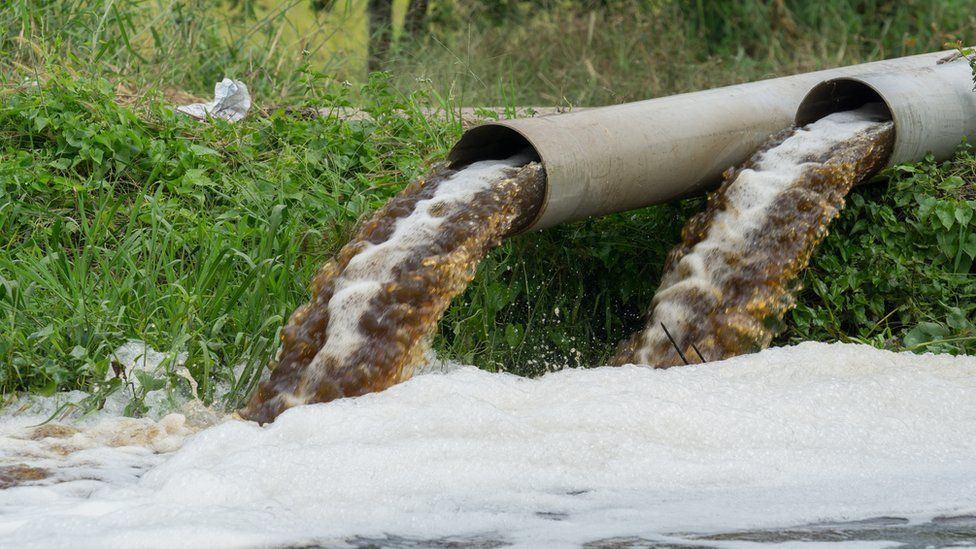 Official data shows there have been a number of discharges since Monday, which Southern Water says are to protect homes and businesses.

The pollution follows a period of heavy rain across southern England, after a spell of extremely dry weather.

Warnings from the Safer Seas and Rivers Service are based on water firms' data.

The service is run by charity Surfers Against Sewage.

Many of the beaches contaminated are popular resorts and include:

The majority are along England's south coast.

Near Bath is a popular swimming spot along the River Avon called Warleigh Weir runs through an area belonging to landowner Johnny Palmer.

Untreated sewage has been released just upstream. Mr Palmer has been working for years to make the water clean enough to gain bathing water status.

"I think it's a disgrace. You've got children swimming. And you know, you can't tell your kids to not drink the water. So you've literally got children drinking sewage, which is the kind of thing you might expect in parts of Africa or India, but, you know, Western Europe," he said.

"Rivers are a central part of our landscape and our ecology and our natural environment. They are a resource that everyone can and should use - and does use." 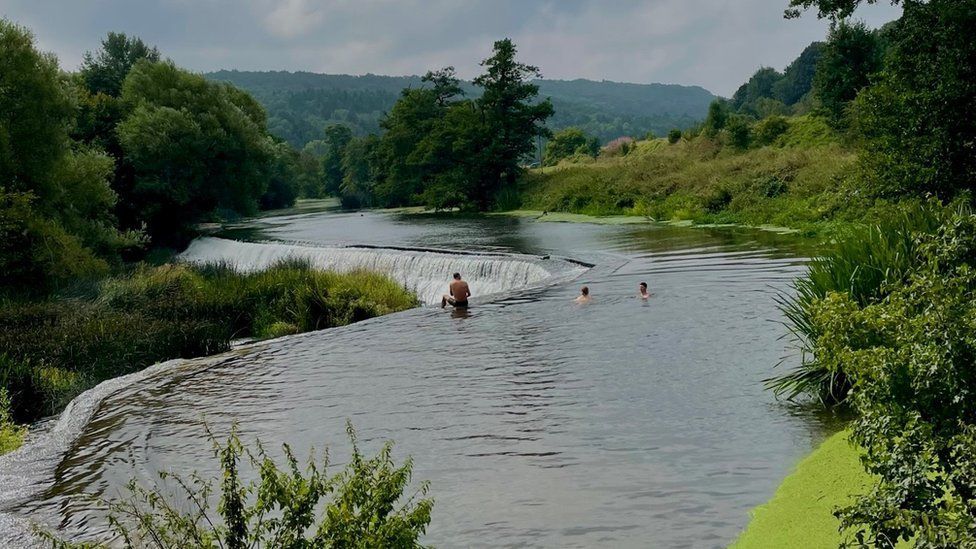 Southern Water is one of the water companies responsible for those regions, along with Wessex Water and South West Water.

In a statement, Southern Water said: "There were thunderstorms accompanied by heavy rain the night before last and [Tuesday]. Storm releases were made to protect homes, schools and businesses from flooding. The release is 95-97% rainwater and so should not be described as raw sewage.

"We know customers do not like that the industry has to rely on these [discharges] to protect them, and we are pioneering a new approach."

Last year Southern Water was fined a record £90m after admitting deliberately dumping vast amounts of sewage into the sea across the south coast.

Under EU law, these kinds of sewage discharges are legal only in "exceptional" circumstances. They happen mostly after heavy rain, when there is a risk that pipes that carry storm-water, along with sewage, may overflow.

In a statement, the Environment Agency said that sewage pollution could be "devastating to human health, local biodiversity and our environment". It said it would not "hesitate to act to eliminate the harm sewage discharges cause to the environment".

It has previously called for the top executives of England's water companies to face jail when serious incidents of pollution occur.

Hugo Tagholm, chief executive of Surfers Against Sewage, said: "Our rivers and beaches are once again being treated as open sewers. Years of underinvestment is now in plain sight."

The government has said it intends to produce a plan by September this year to reduce storm overflows. This was made a legal requirement by the Environment Act 2021.