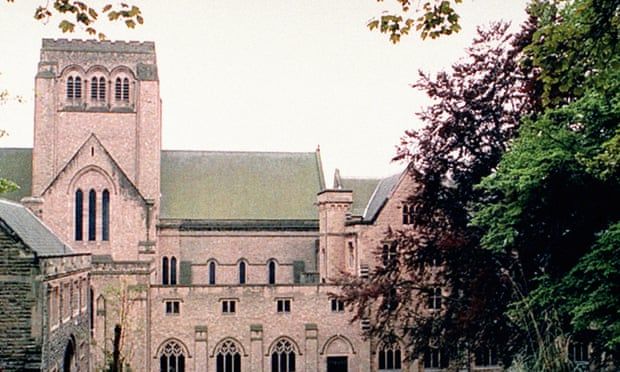 ‘Serious failures’ over sex and drugs incidents at Catholic school

Ofsted criticises £37,905-a-year Ampleforth college for inadequate safeguarding of vulnerable students
Vulnerable students at a British boarding school had sex in front of another pupil and others were able to sneak out and drink themselves unconscious because they were so poorly supervised, inspectors have found.

“Serious failures” were identified at Ampleforth college, a Catholic boarding school in North Yorkshire that charges £37,905 a year.

Ofsted inspectors found that arrangements to safeguard vulnerable pupils were ineffective, particularly outside the classroom.

“Some younger pupils, whose vulnerabilities include Send [special educational needs and disability], were able to engage in penetrative sexual activity, observed by another pupil, because levels of staff supervision were not sufficient to protect them,” the Ofsted report says.

The school denies that any sex took place, saying that police investigated and found “no implication of penetration”. It says a witness to the incident, which occurred when the children were getting changed for PE, reported “a three-second incident in which both [students] were laughing”.

Whistleblowers contacted Ofsted after 81 year 13 students sneaked out of their boarding houses at 2am on their last day of school for a party. One pupil was admitted to hospital due to alcohol intoxication, the inspection report says, adding: “Another was missing for one hour after everyone else was back in their boarding houses. The pupil was found unconscious and alone in an orchard. At the same time, leaders located class A drugs in the boarding house.”

The school says the pupil who went missing was only gone for 15 minutes and was not found passed out, adding: “The students planned and coordinated their departure from the boarding houses after 2am, and damaged or disabled the security systems in order to evade detection. This is a matter of great regret and they were disciplined in a manner which reflected the seriousness of the incident.”

The school also denies Ofsted’s claim that “monks of concern” – who have been accused or found guilty of child sexual abuse – could still live in the adjacent abbey. The school said there was a protocol in place that ensured that “there are no monks currently subject to a police investigation or without a current enhanced DBS [disclosure and barring service] check in place living at Ampleforth Abbey”.

Commenting on the report’s publication, Robin Dyer, head of Ampleforth, said: “We are deeply disappointed that Ofsted should have produced a report based on a number of incorrect assumptions and factual inaccuracies regarding our safeguarding. We have made repeated attempts to correct the facts before the report was published.

“We do not lightly stand up to our regulator, but in this instance the injustice cannot be allowed to stand. Ampleforth is a safe school. Our students know it and our parents and staff know it too.”

In 2020, the school was ordered to stop admitting new pupils as a result of “serious” failings.

Scandal has surrounded Ampleforth in recent years and an independent inquiry into child sexual abuse published a highly critical report in August 2018 that said “appalling sexual abuse [was] inflicted over decades on children as young as seven”.
Add Comment