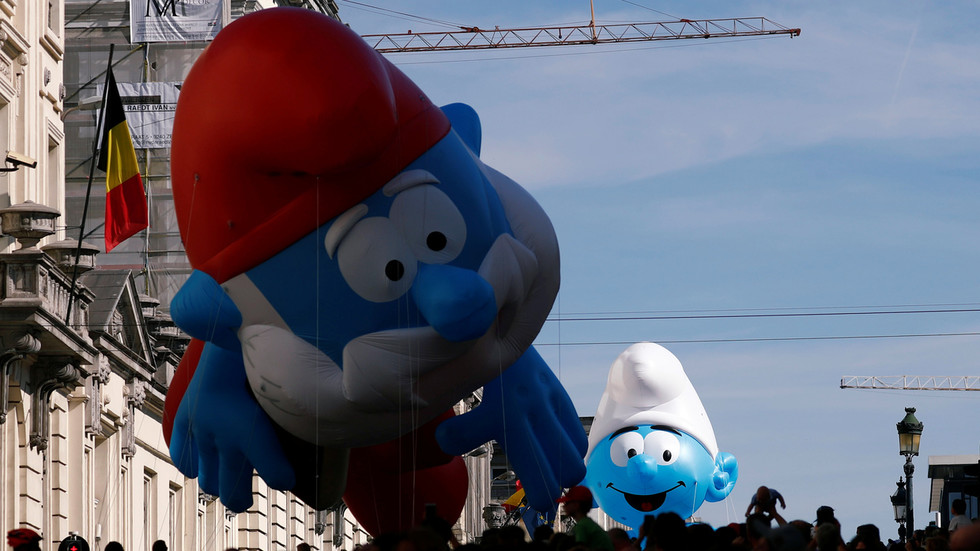 A Derbyshire man who drove around in a white van showing off his 11,000-strong Smurf collection to kids has been sentenced to 16 years in prison after being found guilty of raping and sexually assaulting a child.

Robin White, a 65-year-old retired truck driver, was handed a 16-year sentence and a lifetime sexual harm prevention order on six counts of rape, of inciting a child to engage in sexual activity, and of indecent assault on a child.

Now an adult, his accuser shared with the court her experience of being assaulted with a sex toy and raped in a garden shed by the van-driving pervert at a young age. Prosecutor Julia King described how the victim had been left with “severe psychological harm” over the “degrading and humiliating” experience.

“She says she is unable to trust anyone fully and that this has had an impact on every aspect of her life,” King said, adding that the victim even stayed away from certain places lest she encounter the predator. The judge agreed, declaring White had “blighted [the victim’s] life in every way.”

White, who had pleaded not guilty to the charges, spent several years amassing his massive Smurf collection and claimed it was the largest in existence. He supposedly spent upwards of £2,000 purchasing the blue dolls at rummage sales and flea markets, and kept over 10,000 of them in his van.

The convicted pedophile would drive around to schools and nurseries, showing off his collection to lure unsuspecting kids into his van.