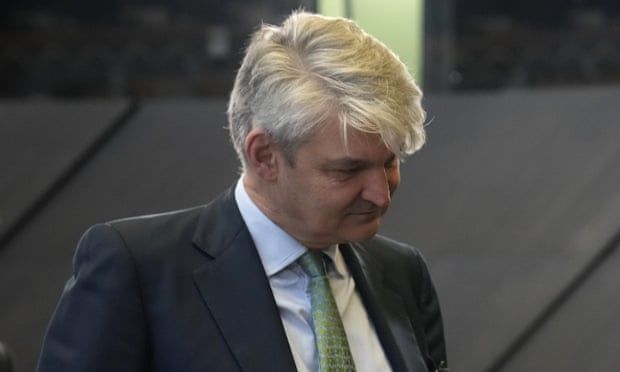 Sir Stephen Lovegrove tells MPs he cannot recall with whom he checked that Nowzad staff were eligible for help
The UK national security adviser, Sir Stephen Lovegrove, has said he did not consult Downing Street before telling the Foreign Office it should allow staff from an animal charity to be listed for evacuation from Afghanistan, but said he has “a far from perfect memory” of precisely what happened.

The foreign affairs select committee is investigating leaked emails from Foreign Office staff that say Lovegrove directed that the Nowzad staff be evacuated after consulting No 10 last August.

Downing Street had previously insisted Boris Johnson and his wife, Carrie, did not intervene on behalf of their friend Pen Farthing, the charity’s founder, to airlift dogs out of Kabul while people died. The decision caused huge media controversy at the time, but Johnson said it was nonsense to suggest he intervened.

Lovegrove told the committee on Monday that the Foreign Office leaked email was based on a plausible but incorrect assumption that he had consulted No 10.

He said he acted after the defence secretary, Ben Wallace, tweeted at 1.15am on 25 August saying: “Now that Pen Farthing’s Nowzad staff have been cleared to come forward, I have authorised MoD to facilitate their processing.”

Lovegrove said the issue was raised at a meeting at 10am that day and he checked with his national security secretariat whether the Nowzad staff were eligible by being on the “leave outside the rules” list, comprising deserving cases that did not meet other criteria.

He told the committee he could not precisely remember with whom he checked “in a very complex and fraught environment”, but said he would have remembered if he had checked with either the prime minister or the defence secretary.

Lovegrove said he did not know why Wallace posted the tweet, but he said it must have been due to a decision being relayed to him by Permanent Joint Headquarters, the military command. Wallace himself has said he received no instruction from No 10.

Lovegrove said one of three cabinet ministers would have approved Nowzad staff being included on the “leave outside the rules” list on 21 August.

Emails released by the foreign affairs committee cited an official in the office of Zac Goldsmith, a Foreign Office minister and close friend of Carrie Johnson, telling an official in his department that “the PM has just authorised their staff and animals to be evacuated”.

That official later sent another message to other civil servants saying: “Having regard to the prime minister’s Nowzad decision, the foreign secretary might consider the [details redacted] vets and their dependents should be included. They might be able to get to the airport with their dependents in time.”
#Boris Johnson  #Afghanistan  #Johnson
Add Comment