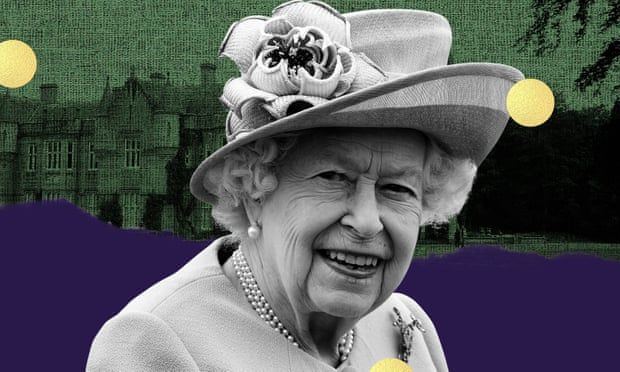 Civil servants decline to release letters thought to detail why monarch wanted to exempt her land from green energy initiative
The Scottish government is refusing to publish details about the Queen’s secret lobbying of ministers because it would undermine “the appearance of political neutrality” that the monarch adopts in public.

Civil servants made the startling admission when they refused to release private letters from the Queen’s Scottish lawyer that are thought to detail why she wanted to amend a bill dealing with green energy earlier this year.

The Guardian revealed on Wednesday that in February, the Queen’s lawyers successfully lobbied Scottish ministers to change a draft law to exempt her private land from a major initiative to cut carbon emissions.

The exemption means the Queen, one of the largest landowners in Scotland, is the only person in the country not required to facilitate the construction of pipelines to heat buildings using renewable energy.

An investigation by the Guardian has also found the Queen has vetted at least 67 pieces of Holyrood legislation in Scotland since 1999.

The exemption given to the Queen in this year’s heat networks bill was revealed in documents obtained by Lily Humphreys, a Scottish Liberal Democrat researcher, under freedom of information laws.

However, the Scottish government has blocked the release of other documents that would shed more light on how the exemption was secured by the Queen.

A senior official said the Scottish government put greater weight on protecting its private discussions with the Queen than on being transparent with the public.

“There can be no public interest in the disclosure of information which will damage that relationship and disrupt future communications. Additionally, there is a strong public interest in maintaining the longstanding constitutional convention that correspondence between the sovereign and her government is confidential in nature,” the official said.

“[If] the content of these consultations became known, it might serve to undermine the appearance of the political neutrality of the sovereign, and so the rights of the sovereign could not be exercised effectively without this expectation of confidentiality.”

Willie Rennie, who stood down recently as leader of the Scottish Liberal Democrats, said: “The SNP’s obstructive approach to freedom of information law is a barrier to progress once again. We still don’t have the full detail of how the Scottish government were pressured into changing the law.”

Humphreys is planning an appeal to the Scottish information commissioner, who oversees freedom of information law in Scotland.

Rennie called for an “open and honest conversation” about the arcane mechanism of Queen’s Consent.

Under the mechanism, the Queen is given advance sight of draft laws that potentially affect her private property and business interests and her public duties as monarch. These laws cannot be passed by elected politicians until she has approved them.

The Liberal Democrats have tabled parliamentary questions at Holyrood calling for a review of these powers, and asking the Scottish government how often it has allowed the Queen to vet legislation and change bills before they are voted on by MSPs.

Paul Wheelhouse, the minister involved in the bill at the time, said opposition parties were told the heat networks bill was being changed to stop Balmoral being subject to compulsory purchase. MSPs said they were not told it had been amended because of lobbying by the Queen’s lawyers.

The disclosures provoked a row within the Scottish National party, which has been in government in Edinburgh for 14 years, over the role that SNP ministers have played in agreeing to this process.

Angus MacNeil, the SNP MP for the Western Isles and chair of the Commons trade committee at Westminster, tweeted: “Surely the Scot Gov should be open with the public when the head of state of ANY country is looking for an advantage over the ordinary people of the country??”

Wheelhouse denied there had been any cover-up, and said Scottish ministers were legally required under legislation passed by Westminster to allow the Queen to scrutinise and change bills in advance.

In an article for the Guardian, Andy Wightman, a land reform expert and former MSP who questioned Wheelhouse about the exemption in Holyrood earlier this year, called on ministers to reject any demands from the Queen’s lawyers to exempt Balmoral from new laws.

“If this means that Queen’s consent is refused, then ministers should come to parliament and make that known,” he said.

“The Scottish parliament can take the initiative. It cannot remove the statutory requirement for Queen’s consent, but it can amend its procedures to require far greater transparency from ministers about which bills require it when and under what conditions it has been granted, and complete candour about which parts of any bill or any subsequent amendments are being lodged at the request of the Queen.”
Add Comment