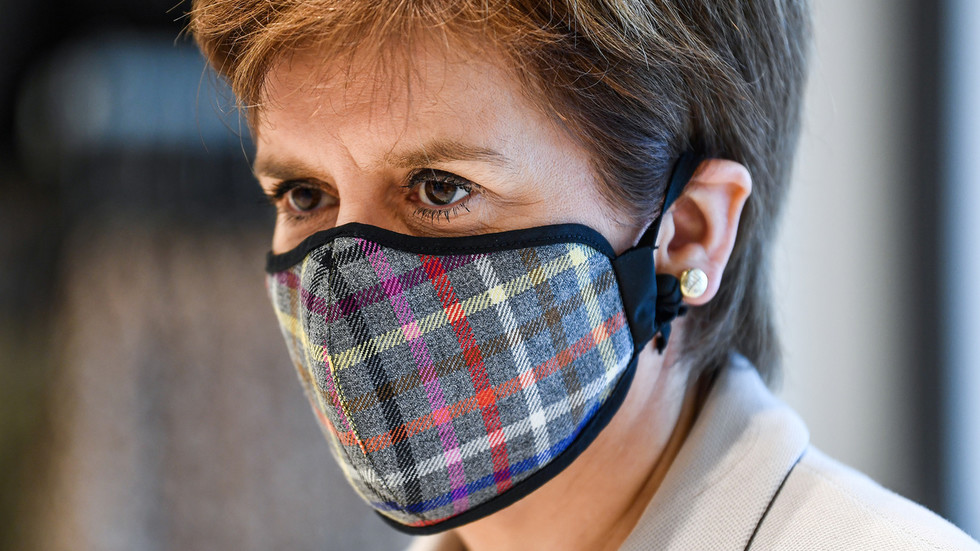 Scotland’s First Minister Nicola Sturgeon has declared the Stonehaven train derailment a major incident, as dozens of emergency vehicles were deployed to the scene after the wrecked train caught fire Wednesday.

"This is an extremely serious incident," the Scottish leader said in a Twitter statement. "I've had an initial report from Network Rail and the emergency services and am being kept updated. All my thoughts are with those involved."

“Although details are still emerging I am afraid to say there are early reports of serious injuries," Sturgeon added. Local news outlets are reporting that at least one person died in the incident, however, at the time of publication, this had yet to be confirmed by authorities.

The alarm was raised shortly after 9:40am local time after a passenger train derailed near Stonehaven, some 15km south of Aberdeen. The train was made up of two locomotives and four carriages. It is understood that one of the locomotives and three passenger carriages were derailed and are now sitting on an embankment.

Emergency vehicles and an air ambulance in a field near to the railway. Smoke still billowing from the area. pic.twitter.com/LjE6ivbEEA

Flooding is suspected to have contributed to the derailment and a landslip was reported in the area. Network Rail Scotland shared footage of localised flooding as a result of torrential downpours overnight.

At Carmont, we’ve had reports of a landslip, which means services can’t operate between Dundee & Aberdeen. /2 pic.twitter.com/1E29tKHFhy

British Prime Minister Boris Johnson offered his condolences via a Twitter statement, saying: “I am saddened to learn of the very serious incident in Aberdeenshire and my thoughts are with all of those affected. My thanks to the emergency services at the scene.”

UK Secretary of State for Transport Grant Shapps was briefed on the incident and confirmed that British Transport Police & Network Rail resources were deployed to the scene amid a major operation.