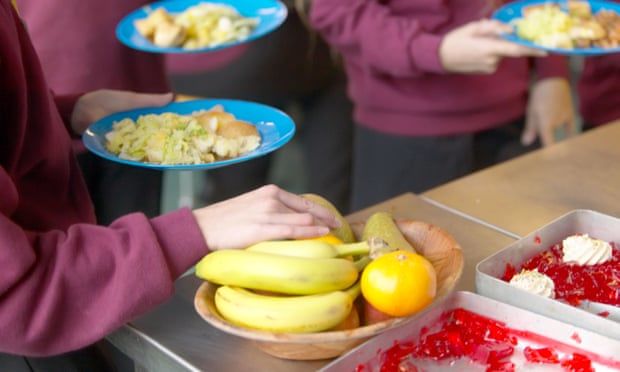 Government’s shift on date will leave 60,000 fewer children eligible for extra funds
Schools in the poorest parts of England are set to be hit hardest by a controversial change in how the government allocates pupil premium funding, the Observer can reveal.

Normally, the government gives the funding to each school in England based on the number of children eligible for free school meals (FSM) in January of the previous school year.

But this year’s funding will be based on the number of FSM children at each school in October 2020 rather than January 2021 – meaning schools will miss out on pupil premium funding for FSM children who enrolled between those months.

Data sourced under the Freedom of Information Act by the Observershows the financial impact will be biggest in the poorest areas. Schools in the most deprived 10% of areas in England each enrolled an average of seven extra FSM pupils between October 2020 and January 2021, compared with 2.6 extra FSM pupils at each school in the least deprived locations.

Most councils have not yet calculated the financial impact of the change in date on each school. But Haringey, in London, estimated a total loss of £691,110 in pupil premium funding due to the change in date, with one school in a particularly deprived part of the borough set to miss out on £44,385. This year Schools Week website estimated the total funding loss for schools in England to be around £125m.

Kevin Courtney, joint general secretary of teachers’ trade union the National Education Union, said: “The shift in census date means a great many disadvantaged pupils have lost out because of the increase in FSM provision. Schools will struggle even more with their finances but the government is refusing to compensate them.”

Jon Andrews, head of analysis at the Education Policy Institute, said: “Schools and pupils are missing out not only on the pupil premium itself, but on other elements such as pandemic recovery funding that are linked to it.

“We know from the government’s own figures that at a national level around 60,000 fewer pupils are eligible for the pupil premium as a result of the date change.

“But this overall change of around 60,000 only tells us part of the story, as there will have been winners and losers from the date change.

“We need to see far greater transparency – the government must publish its figures in full, so that we can understand the full extent of funding losses over this most recent period.”A Department for Education spokesperson said: “Pupil premium funding has risen for the majority of schools, to more than £2.5bn overall this year – an increase of £60m compared to last year. Combined with our ambitious education recovery plan, this will ensure disadvantaged children are supported with their attainment.“Using the October census for pupil premium allocations means schools will now know their full budget earlier in the year, helping them to plan ahead.”
Add Comment