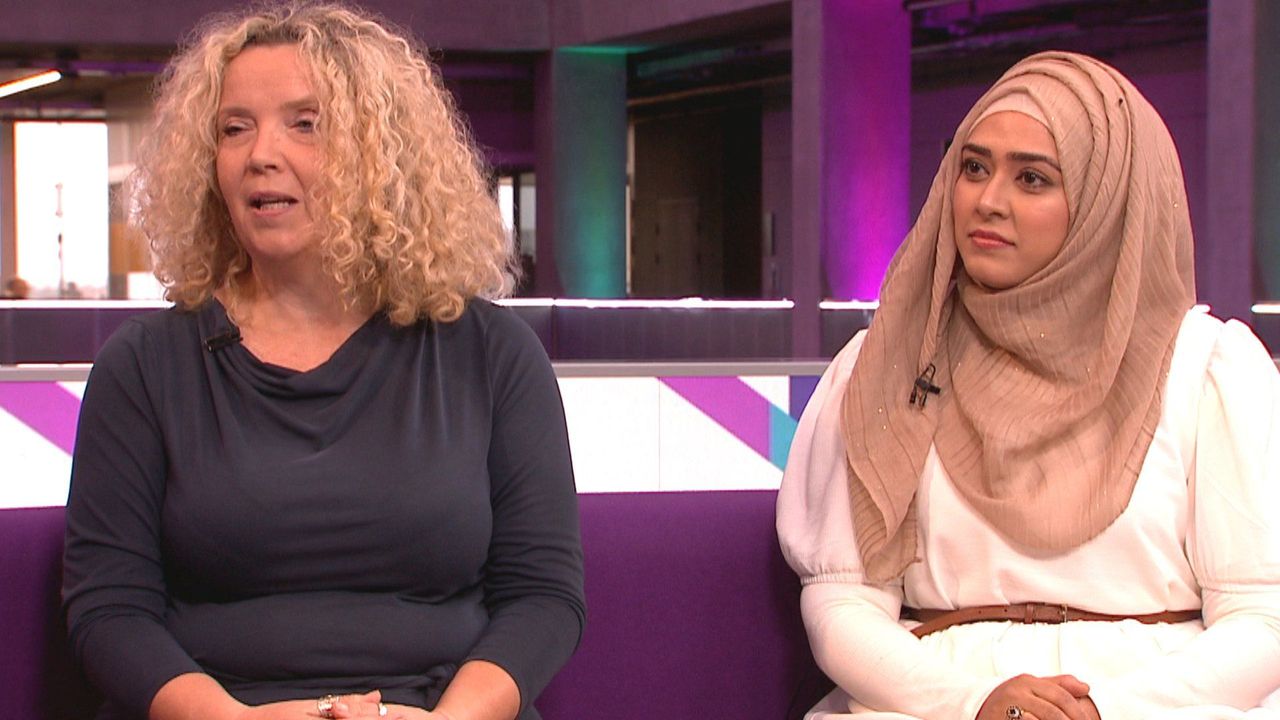 Clare Harker made the pledge as police continue to investigate the comments directed at pupils of St Albert's in Pollokshields, Glasgow.

On Friday the school tweeted a picture of children with Nicola Sturgeon after an assembly on tackling climate change.

The image was then shared by the first minister and Glasgow Southside MSP.

But within hours a series of racist comments had been posted on social media.

On Monday Glasgow City Council said the "vile" abuse had been reported to Police Scotland as a hate crime.

Ms Harker later told BBC Scotland's The Nine how she became aware of the comments.

She said: "As I was relaxing on Friday night, after a very successful visit from our first minister, and celebrating what was a good day I was sent the first racist tweet that was put against our name online."

Asked for her reaction, Ms Harker said: "I have to be honest and say we are used to this.

"We are not used to it on the scale it has been on but in the 10 years I have been at St Albert's Primary School I am used to this happening and, certainly, this is the lived experience of most of our community."

She said the school had an action plan in place before lessons started on Monday which included the creation of a "safe space" for children and parents affected by the abuse.

But Ms Harker said it did not include quitting social media.

She told the programme: "Our kids should be visible. They are successful, respectful, clever, creative.

"They should be as visible as all other schools in Scotland are." 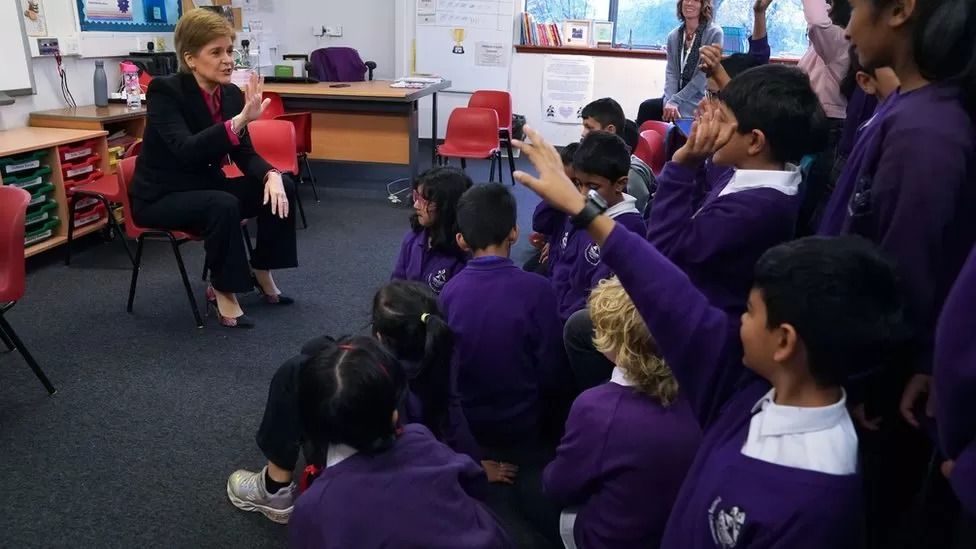 Ms Harker said social media was vital to get the school's messages out and highlight all the "wonderful things" going on in education.

She added: "We will be more creative about how we use images but, no, we will not be hiding away because that is what's happened to this community for many, many years and we have a very clear strategy to be visible for the excellence that is in Pollokshields."

The head teacher also thanked everyone who had supported the school since the abuse emerged.

On Saturday the first minister tweeted: "Every brilliant young person and every member of staff @StAlbertsG41 is worth a million and more of the vile racists who hurl abuse at them."

And over the weekend one local family used chalk to make a statement of support. 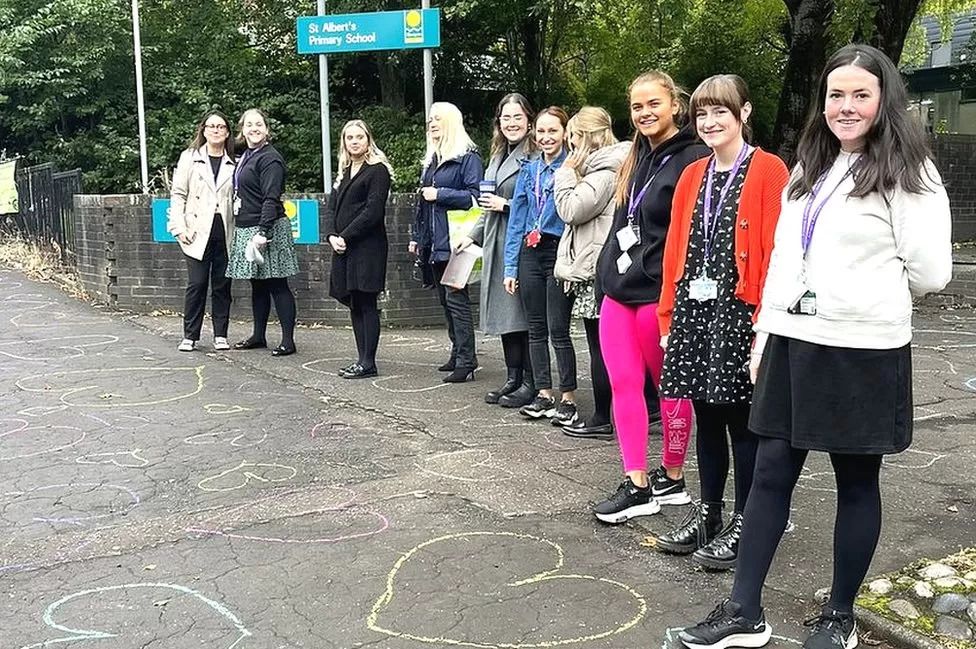 Ms Harker said: "There was hundreds of hearts all over the school really for us and the children to walk into, to know that they are loved.

"And they are loved by Scotland and beyond."

Fauzia Ahmed, chairwoman of the school's parent council, said everyone had been left shocked by the racist comments.

She said: "When the news came through we were all devastated, from the staff to the parents and some older children, like primary six, primary seven, even some P5s.

"We had such a good day and, all of a sudden, it has just vanished.

"All we can remember is just something not nice happening."

'We are not just going to sit quiet'

Ms Ahmed, whose youngest child is in primary three, said some pupils had been reduced to tears.

She added: "They can't believe that this it has happened to our school, such a good school, with so much diversity."

Ms Ahmed said the parents of older pupils struggled to explain what had happened.

But she added: "It was difficult but we have had a very good start to the week and our children have done so well in understanding what has happened and they are going to do something about it.

"We are not just going to sit quiet." 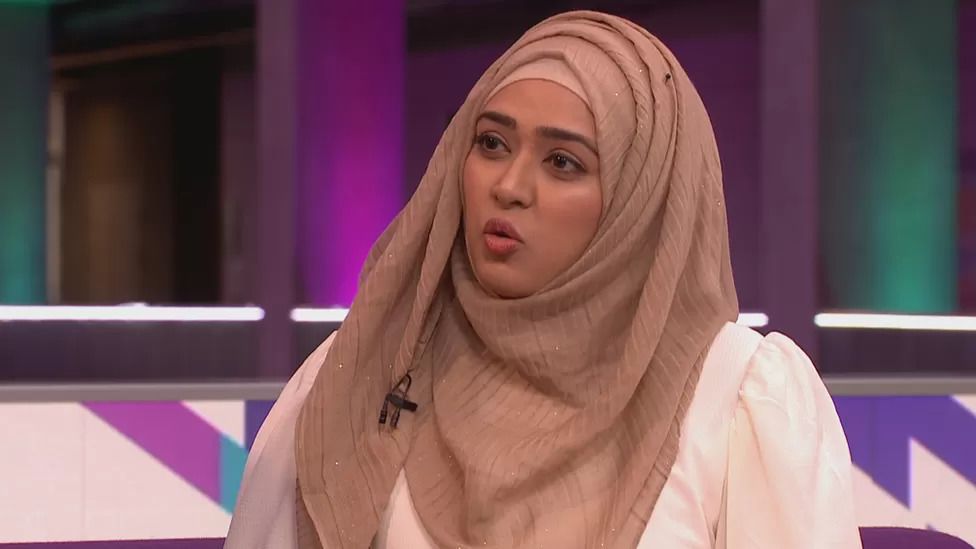 Fauzia Ahmed, chair of the school's parent council, said the online abuse had left everyone associated with the school "devastated"

Councillor Christina Cannon, the convener for education and equalities, said the online abuse was a "sickening reminder" of why everyone needed to stand up to hate crime.

She added: "Glasgow is proud to be an inclusive city enriched by its diversity.

"Our slogan is People Make Glasgow and that means all people. We do not tolerate hate crime and I encourage anyone who witnesses it or experiences it to report it either to the police or via a third party reporting centre."

And Police Scotland confirmed inquiries into the incident were continuing.

Supt Patrick Murphy said: "There is no place for these types of abusive posts and messages on social media platforms. I would ask anyone to report any offensive comments to Police Scotland on 101."