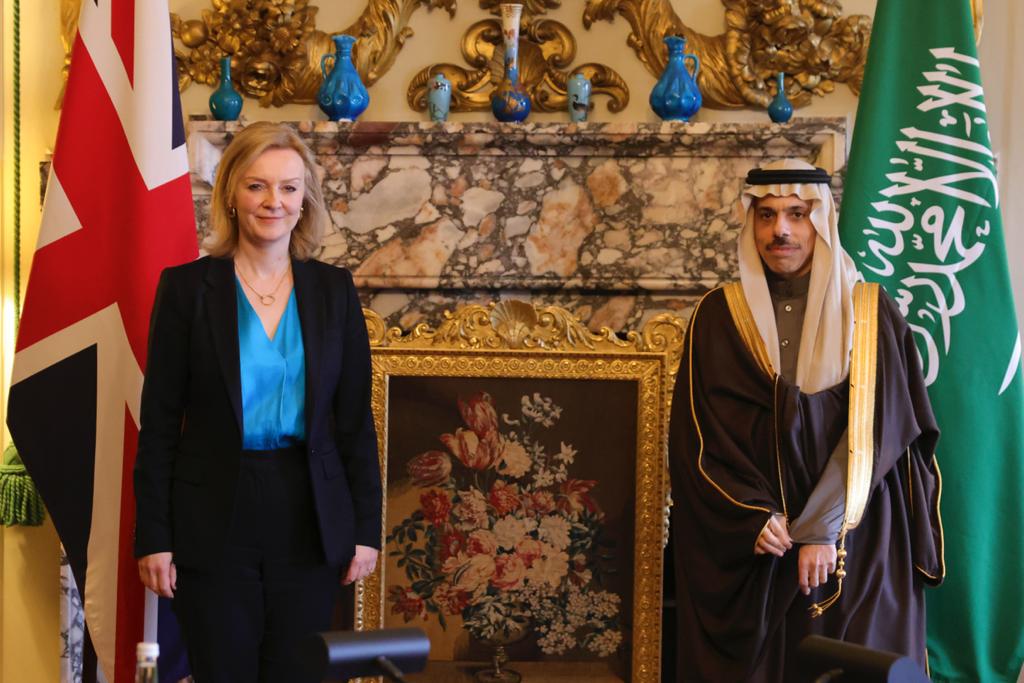 They reviewed aspects of the partnership between the Kingdom and the UK, and “discussed opportunities to enhance cooperation between the two countries in areas of mutual benefits and common interests,” SPA said.

Prince Faisal and Truss discussed the results of the extraordinary meeting of the Council of Foreign Ministers of the Organization of Islamic Cooperation (OIC) on the humanitarian situation in Afghanistan, during which the Kingdom called for a response to the escalating humanitarian crisis facing Afghans.

Truss had met with the foreign ministers of the Gulf Cooperation Council (GCC) member states and its secretary general on Monday at Chevening House.

“We have agreed to build stronger ties with the Gulf to create jobs, drive growth and make us all safer,” Truss posted in a tweet.