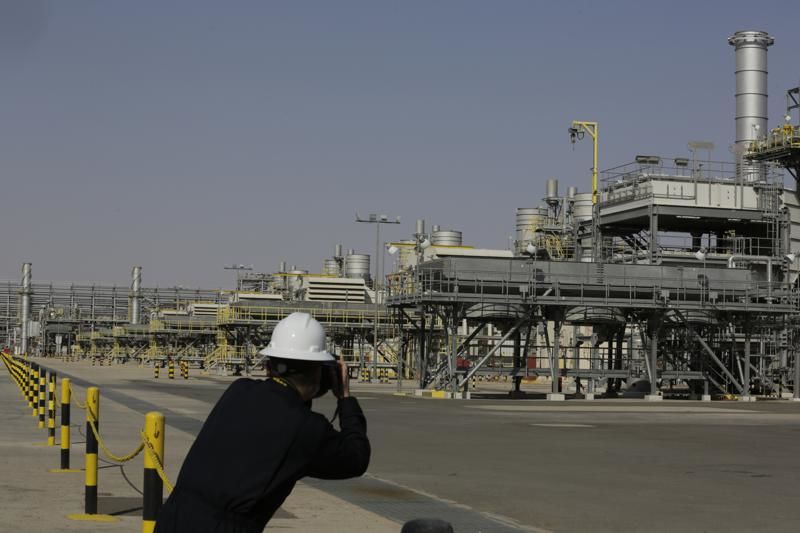 Saudi Arabia said Monday that it “won’t bear any responsibility” for a shortage in global oil supplies after a fierce barrage of attacks by Yemen’s Houthi rebels affected production in the kingdom, the world’s largest oil exporter.
The unusually stark warning marked a departure from the giant oil producer’s typically cautious statements, as Saudi officials remain aware that even their smallest comments can swing the price of oil and rattle global markets.

The salvo of rebel attacks on Saudi Arabia’s oil facilities marked a serious escalation in the war, which erupted in 2014 when the Iran-backed Houthis seized the capital, Sanaa, and much of the country’s north. Saudi Arabia and its allies responded with a devastating air campaign to dislodge the Houthis and restore the internationally recognized government.

Seven years later, the conflict has turned into a bloody stalemate and spawned one of the worst humanitarian disasters in the world.

The state-run Saudi Press Agency quoted the Saudi Foreign Ministry as saying that the kingdom “declares that it will not bear any responsibility for any shortage in oil supplies to global markets in light of the attacks on its oil facilities.”

The announcement comes as the kingdom remains in lockstep with OPEC and other oil-producing countries in a deal limiting production increases. Gulf Arab oil producers have so far resisted pressure from the Biden administration to pump more crude to help bring down oil prices that have soared amid Russia’s war on Ukraine.

Already, gasoline prices have hit record highs around the world. Gas prices in the U.S. topped $4.25 on Monday, according to auto club AAA, just below the historic record of $4.33 reached earlier this month.

“The international community must assume its responsibility to preserve energy supplies,” the Saudi statement added, in order to deter attacks that jeopardize “the kingdom’s production capability and its ability to fulfill its commitments.”

The international oil benchmark Brent crude hovered over $112 a barrel in trading Monday, up more than 4% for the preceding session. The price remained below a peak of nearly $140 hit earlier this month, but still some $15 a barrel more than before the Russian invasion of Ukraine.

On Sunday, Yemen’s Iran-backed rebels launched one of their most intense series of attacks targeting the kingdom’s oil and natural gas production, sparking a fire at a petroleum distribution center in the port of Jiddah, the country’s second-largest city, and disrupting production at a petrochemicals complex in Yanbu on the Red Sea coast.

The overall extent of damage at the installations remained unclear. The Saudi Energy Ministry acknowledged a temporary drop in oil output at the 400,000-barrel-a-day Yanbu site, without elaborating.

The government condemned the attacks as a threat to the security of global oil supplies “in these extremely sensitive circumstances.” Even before Russian tanks rolled into Ukraine, global energy supplies were struggling to keep pace with surging post-pandemic demand. The West’s punitive sanctions on Moscow, among the world’s largest oil producers and exporters, unleashed more turmoil on the market.

The relentless wave of Houthi strikes began before dawn Sunday and sporadically pounded sites throughout the kingdom’s south and west for hours, with the roar and thump of missile interceptors rattling residents in Jiddah until just before midnight.

The attacks on installations run by the state-controlled national oil company Aramco, among the world’s most significant and valuable companies, exposed the gaps in Saudi defenses and recalled the dramatic attacks on two key oil installations in the country’s east that temporarily knocked out half of Saudi Arabia’s total oil production.

The Houthis claimed responsibility for that sophisticated attack in September 2019, which the U.S. and Riyadh later blamed on Iran. Even after shrapnel blasted through the critical Abqaiq oil processing facility, Saudi Arabia delivered no such similar warning about its responsibility for global oil supplies and swinging prices. Instead the kingdom stressed it would speedily return to normal levels of production.

After Sunday’s strikes, a senior administration official confirmed that the United States has transferred a significant number of Patriot antimissile interceptors to help Saudi Arabia thwart the barrage of Houthi drone and missile attacks.

“We condemn the weekend attacks on Saudi Arabia by the Iran-supported Houthis and will continue to help Saudi Arabia defend its territory,” tweeted U.S. Secretary of State Antony Blinken. “These are attacks against civilians, and they must end.”
#Johnson
Add Comment