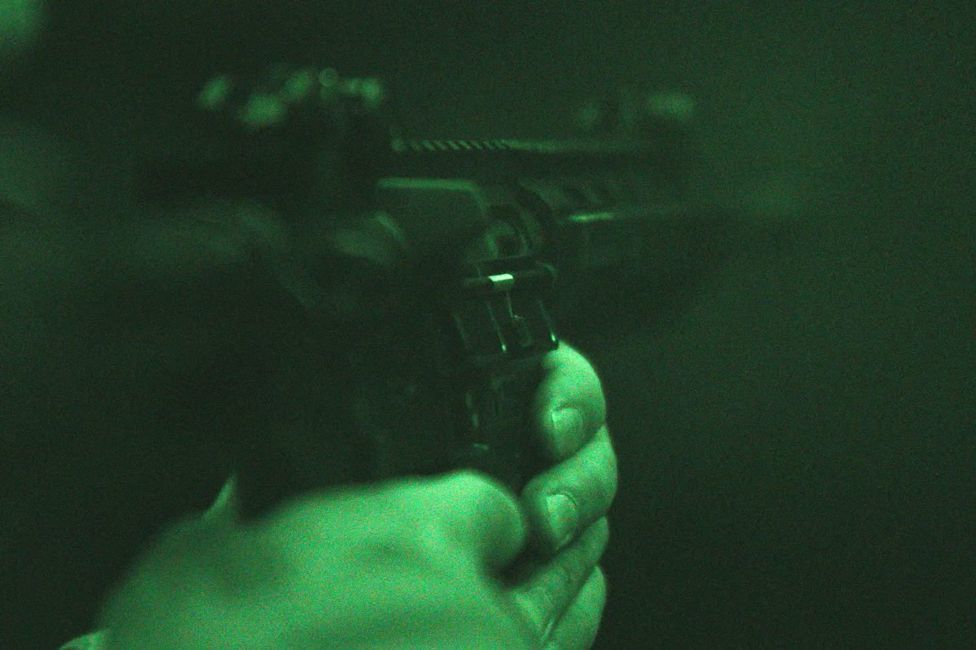 The Ministry of Defence has proposed an independent review of how it handled allegations that the SAS executed unarmed civilians in Afghanistan.

The announcement comes after BBC Panorama revealed that one SAS unit was involved in 54 suspicious killings in one six-month tour in 2010/2011.

A spokesperson for the MoD said the review would be led by a senior judge.

But relatives of four men killed in a 2011 raid rejected the review, calling for a full inquiry into the killings.

Lawyers for the family were in the High Court on Tuesday for a hearing in a case brought against the UK defence secretary, Ben Wallace, over the raid.

The raid was one of a number carried out by the SAS in 2010/2011 that raised concerns at the highest levels of UK Special Forces that operatives had a deliberate policy of unlawful killing.

The review proposed by the MoD would only examine the way the allegations were handled, rather than the underlying killings. The MoD has said that military police have already conducted extensive investigations into the killings and failed to find sufficient evidence to prosecute.

According to the documents, the senior officer in charge of Operation Northmoor had been personally accused of obstructing one of the murder inquiries against the SAS. Weeks­ before he took up his position as head of the RMP, in 2016, Brigadier David Neal was accused by an RMP officer of trying to improperly close down an investigation into an unlawful killing.

The MoD documents also say that Brigadier Neal was a close friend of the senior SAS officer in charge of the unit that carried out the 54 suspicious killings, who also authored an internal review that exonerated the unit.

Eight cases of alleged unlawful killings were personally shut down by Brigadier Neal. Royal Military Police investigators were keen to speak to the senior SAS officer identified as Neal's close friend, but despite being the unit commander and author of an internal review, he was never interviewed.

According to the court disclosures, Brigadier Neal's deputy on Operation Northmoor later said he was put under "political pressure" to focus on "tactical level command responsibility", rather than senior special forces officers that RMP investigators wanted to question.

Internal documents show that the MoD's chief lawyer, Peter Ryan, was so concerned about the allegations against Brigadier Neal that he wrote in an email to the MoD's permanent secretary that it was likely the brigadier would "be interviewed under caution in the next few weeks".

Mr Ryan also voiced concerns that the officer who had made the allegation was due to leave the armed forces soon, raising the "serious possibility that he will in due course go public with his allegation".

In other MoD documents partly disclosed in court on Tuesday, Mr Ryan wrote in 2020 that the explanations given by the SAS for suspicious deaths in Afghanistan "appear highly questionable, if not actually implausible".

His remarks echoed internal emails from 2011, when senior officers in UK special forces were incredulous at the sheer number of reports from SAS night raids that said a detainee had been taken back inside a building to assist with a clearance, only to grab for a hidden weapon and have to be engaged and killed. Officers referred to the raid as the unit's "latest massacre" and wrote, "You couldn't make it up!"

Mr Ryan also raised concerns about the apparently narrow scope of Operation Northmoor, and an earlier tactical review of the SAS killings, writing that the review seemed "unduly narrowly focused given the strength of insider concerns", and that in Operation Northmoor "only a proportion of the large scale shooting incidents over the six month period in 2010-11 were investigated in any detail. And there have been no investigations of earlier [special forces] deployments, during at least some of which even more Afghans were killed, again with relatively few weapons being recovered".

Operation Northmoor was wound down in 2019 without referring any individuals for prosecution.

Another document cited in court filings on Tuesday shows that a member of the British armed forces responsible for dealing with complaints about conduct tried to obstruct scrutiny of the 2011 raid at the centre of the court case.

In an email to a special forces lawyer, the officer wrote: "I believe there is an opportunity to 'nip' this allegation before it becomes an official allegation and is fed into either the national or ISAF chain of commands in Kabul, attracting lots of scrutiny."

The email came after a leading international organisation operating in Afghanistan raised concerns that detainees taken back inside buildings were being instructed to "pick up a weapon" to create a "manufactured 'self-defence' scenario", before being shot dead.

"Australian Special Forces were then investigated fully by a properly resourced inquiry - backed by privacy and military expertise," he said. "There is no reason why this should possible in Britain."

Tessa Gregory, a partner at Leigh Day law firm, which is representing Saifullah's family, said the review proposed by the MoD was "so limited in what it can look at that it cannot bring the truth to light".

"Our clients desperately need answers to why their loved ones died and any investigation must fearlessly examine the underlying allegations of extrajudicial killings."

A Ministry of Defence spokesperson said: "The Defence Secretary has decided to propose an independent review to be led by a senior judge into issues arising from the handing of allegations of misconduct that are the subject of these proceedings. The review will consider what lessons can be learned and make any recommendations for the future."

They also said the SAS allegations were historic and that the proposed review had been in discussion for a number of months, before the BBC's investigation was published in July.

SAS killings in Afghanistan: The story of one suspicious death