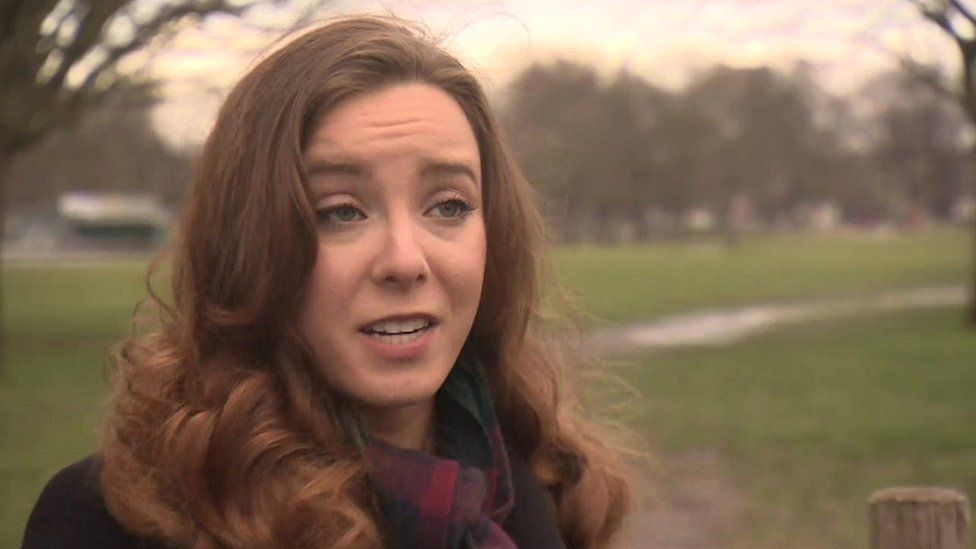 A woman who attended a vigil for Sarah Everard in south London says she was ignored when she tried to report a case of indecent exposure to police.

Georgina Ashby was on her way home from Clapham Common on Saturday when she was confronted by a man exposing himself.

Ms Ashby told the BBC she tried to speak to a group of police but a male officer told her they had "had enough with the rioters tonight".

The Met Police said it was looking into the report.

Ms Ashby was among hundreds of people who had gathered to pay their respects to 33-year-old Ms Everard, who went missing while walking home from a friend's house on 3 March.

On her way, Ms Ashby said she walked past a man who was standing on a pavement with "his genitals out of his fly".

She told the BBC she went up to a group of "about five or six police officers" to ask them if they could address the situation as she was feeling "very uncomfortable". 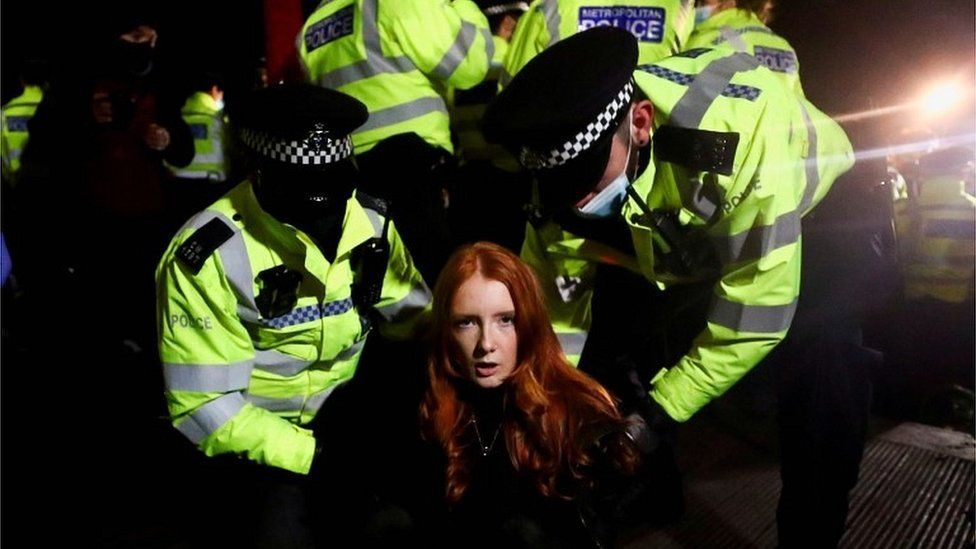 Ms Ashby added that she had been left "shocked" by the police's reaction.

"It's such a huge challenge that women don't feel they have a safe space to even speak on these things let alone that these things even happen and continue to happen," she said.

Two female officers from the Met have since visited Ms Ashby and the force has said it was looking into her report.

"We are aware of a report that she tried to report this incident at the time to officers in the area - this will be looked at," the Met said.