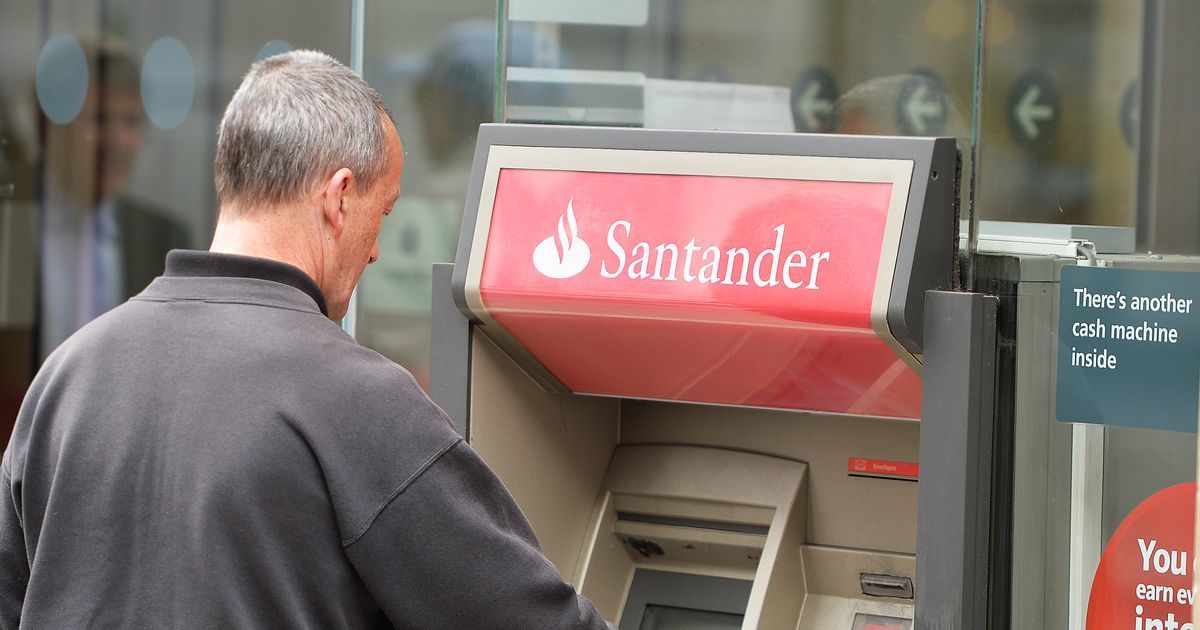 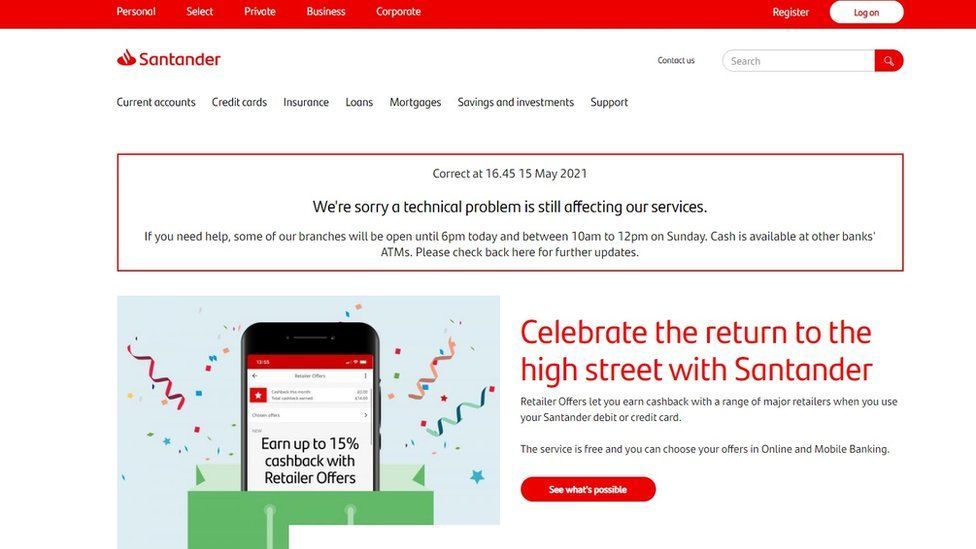 On Saturday the bank's online banking and app stopped working and there were also issues in branches and with cards, cash machines and telephone banking.

Customers called it a "nightmare", with people unable to pay for petrol to get to work and payments being rejected.

The bank apologised and promised "no one will be out of pocket".

The problems began on Saturday morning and lasted much of the day until about 21:15 BST when Santander tweeted that all of its services were running again as normal.

However, some customers replied to Santander's tweet saying they were still having problems - including the app still not working, transactions not showing or being unable to use cards online.

"We are very sorry for the inconvenience you've experienced today," said the bank, which has 14 million active UK customers.

"If you need help, some of our branches will be open on Sunday from 10am to 12pm. We'll publish a list of these tomorrow."

Earlier, the bank said it will share details on its website and social media channels from Monday about how impacted customers can make a claim.

The problems on Saturday left many people stuck in difficulty after they were unable to make payments.

One customer, Marcus Evans from Aberdare in south Wales, told the BBC he had lost a day's wages as he could not buy petrol to travel to his job as a CCTV operator.

"It's been an absolute nightmare," said the former member of the Armed Forces, who also said he could not do his weekly shop. "It's ridiculous.

"I get my military pension and my wages paid into a Co-operative savings account and I transfer money on a weekly basis into my Santander account." 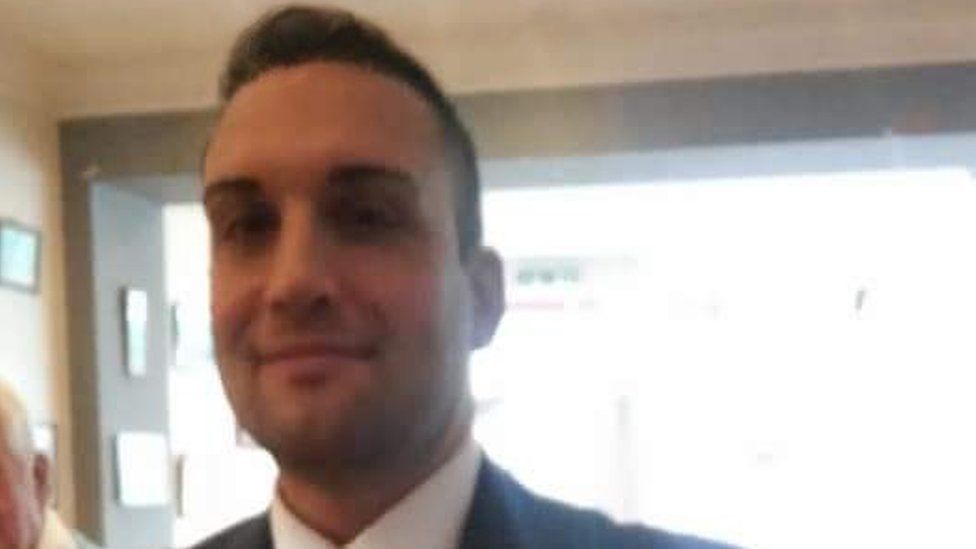 Samantha Stewart said she had travelled all the way from her rural home in Argyll to the mainland to go shopping with her mother, when she realised she could not access her money.

"It wasn't until I was in the first store that I'd tried to log on," she said. "I was wanting to transfer money from savings over to my account because I was planning to do quite a big shop.

"Essentially I was left with £27 in my account. I had to decide whether to chance it with Apple Pay, knowing that it would take me into unarranged overdraft, or to go home."

Meanwhile, Stephen Curtis, 58, from Gloucester, said he was "definitely leaving the bank" after the problems.

He said he was in a car showroom trying to buy a new car when his card was declined. "It was so embarrassing," he said.

"This is unforgivable. I work in IT, I know about systems, I know about backups and upgrades. To have this happen, I would get the sack if it happened in my job."

Another customer, Jason Crossland, from Rotherham, told the BBC he became stuck in an outlet shopping centre with his children, unable to buy enough petrol to get home.

The head of money at consumer magazine Which? said the technical issues would have left many customers stressed.

"Customers can incur fines, penalties and fees when they're not able to access their finances, so the bank must offer compensation to all those who have been impacted in this way," said Gareth Shaw.

On Saturday evening, shortly before the problem was fixed, the UK's financial watchdog, the Financial Conduct Authority, said it was aware of the issue and in contact with the firm.

It is not yet clear what caused the problem. Planned maintenance had been due to be performed on the Santander mobile banking app overnight on Friday.