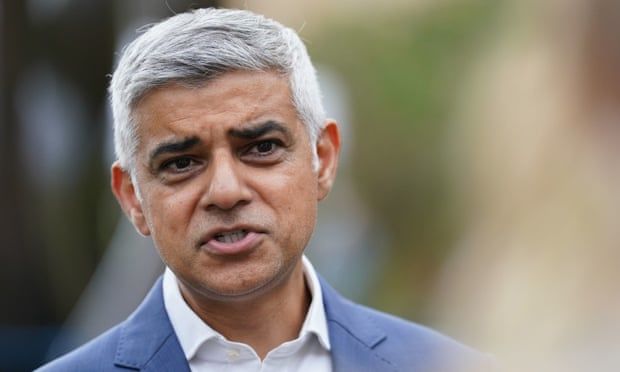 Sadiq Khan to publish ‘practical guide’ to the climate emergency

Breathe, due out next year, will see the London mayor draw on his own experience with adult-onset asthma to address the crisis
London mayor Sadiq Khan to is to publish his first book, described by his publisher as a “warm and practical guide” to tackling the climate emergency.

Khan became mayor of London in 2016, and since then has brought in a range of environmental measures, including introducing the world’s first ultra-low emission zone, overseeing hundreds of kilometres of new cycle lanes and announcing plans to rewild Hyde Park.

He was diagnosed with adult-onset asthma when he was 43, while training for the London Marathon. He has said his asthma is down to breathing polluted London air, and it was his diagnosis that drove his interest in addressing air pollution and climate change.

Khan’s book Breathe, which will be released in 2023, will outline seven ways in which “environmental action gets blown off course”, said publisher Hutchinson Heinemann. Khan would also lay out how to get discussion and action on climate change “back on track”.

“This summer has shown climate change isn’t a faraway problem,” he continued. “London saw record temperatures, an official drought declared and wildfires raging across the city. I hope this book spurs more people on to the urgent action we need to fight climate change.”

Editorial director Rowan Borchers said Breathe would be “both an intriguing inside account of life in City Hall, and a warm and practical guide to green politics”.

Since Khan – who in 2021 was elected chair of C40, a global network of almost 100 megacities with a shared ambition to fight climate change – became mayor, he has presided over some of the hottest temperatures ever seen in London, including this summer, when the city’s fire services saw their busiest day since the second world war. However, he has also come in for criticism for allowing the Silvertown Tunnel, a new four-lane road tunnel under the River Thames, to go ahead. The tunnel, on which construction has started, has faced widespread opposition from local people, politicians, climate scientists and medical experts who say it would increase traffic and worsen public health. Khan’s administration has repeatedly defended the scheme, claiming it is essential to improve river crossings in east London.

And at the beginning of this year, Londoners were warned to avoid strenuous physical activity for a short period due to “very high” levels of pollution.

A study commissioned by City Hall found that in 2019 between 3,600 to 4,100 deaths in Greater London were estimated to have been attributable to air pollution. The highest number of deaths was in outer London boroughs, mainly due to the higher proportion of elderly people in these areas, the study found.