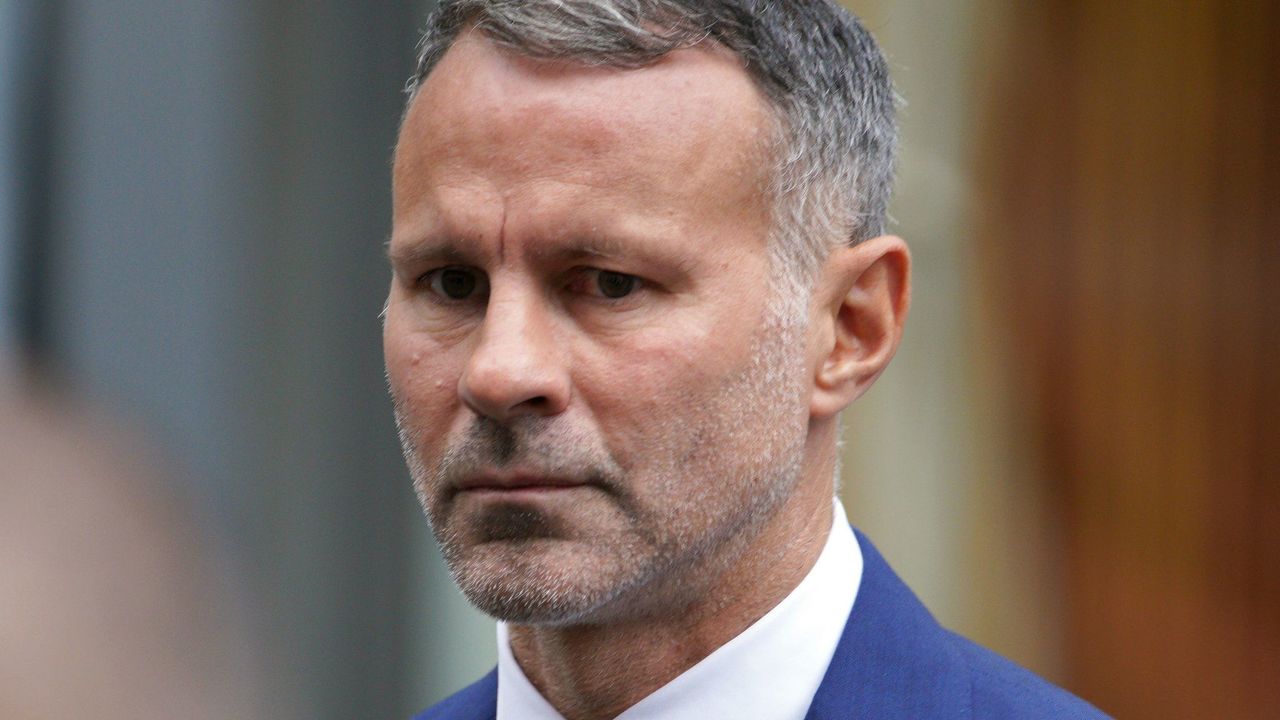 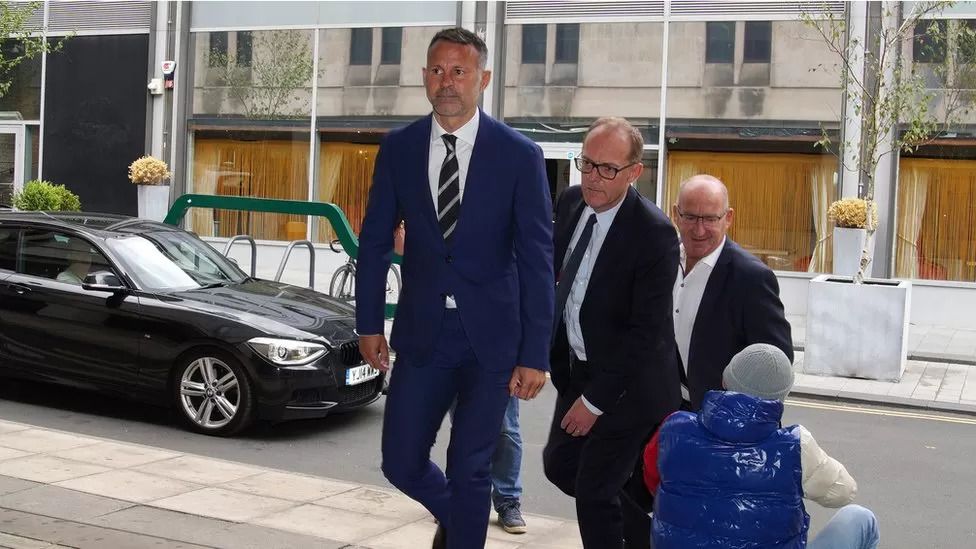 Ryan Giggs told a police officer he hit his ex in the lip, the court heard

The former Manchester United player, who denies all charges, gave evidence on a second day of cross-examination.

The jury heard the football star's statement to police where he said: "I've hit her (Kate) in the lip."

During the call made by her sister Emma he was heard by 999 staff berating his ex for "causing all of this".

'Seeking to create a narrative'

On Thursday at Manchester Crown Court, he was taken through the prepared statement he gave to the police the morning after the alleged assaults on Kate and Emma Greville in November 2020.

Mr Wright said: "You were seeking to create a narrative that didn't properly or fairly describe what had gone on?" Mr Giggs said: "No."

Mr Wright said he wanted to create a story in which he was the one who had been attacked and not them. Mr Giggs denied that.

Mr Wright also pointed to part of the statement where Mr Giggs said he accepted "my head clashed with hers".

"You headbutted her, didn't you?" said Mr Wright. "No," said Mr Giggs. 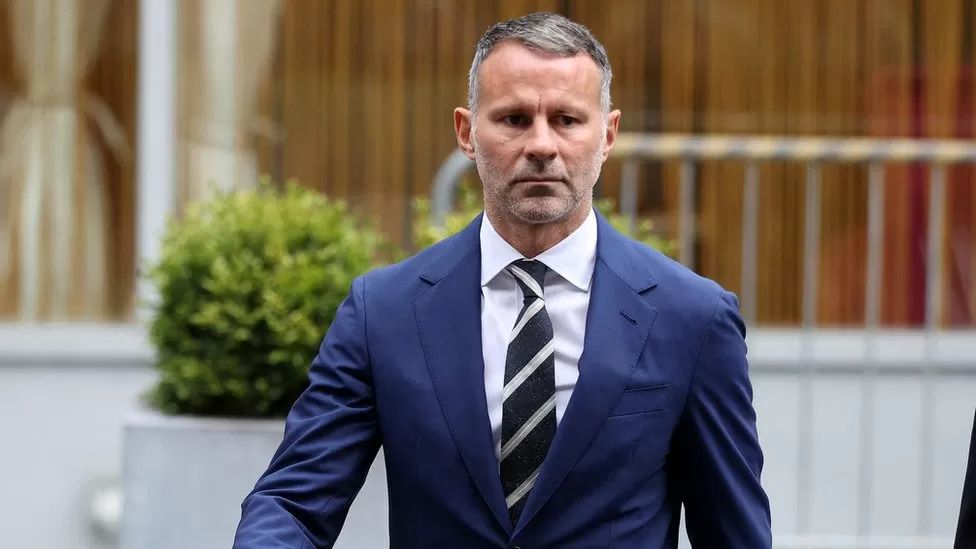 "You had completely lost your self control?"

Mr Wright also asked if Mr Giggs "berated" and "chastised" Emma Greville for calling the police, which he admitted.

Mr Wright referred Mr Giggs to his screaming and shouting in the background of the 999 call Emma Greville made. The call operator heard Mr Giggs telling his ex "you... caused this".

"Until the police arrived, you were going to be angry and aggressive?" he was asked. "No," he said.

But he agreed his demeanour changed by the time the police arrived and were speaking to him.

He was then referred to how, later, when telling the officer what had happened, he said: "I've hit her in the lip." 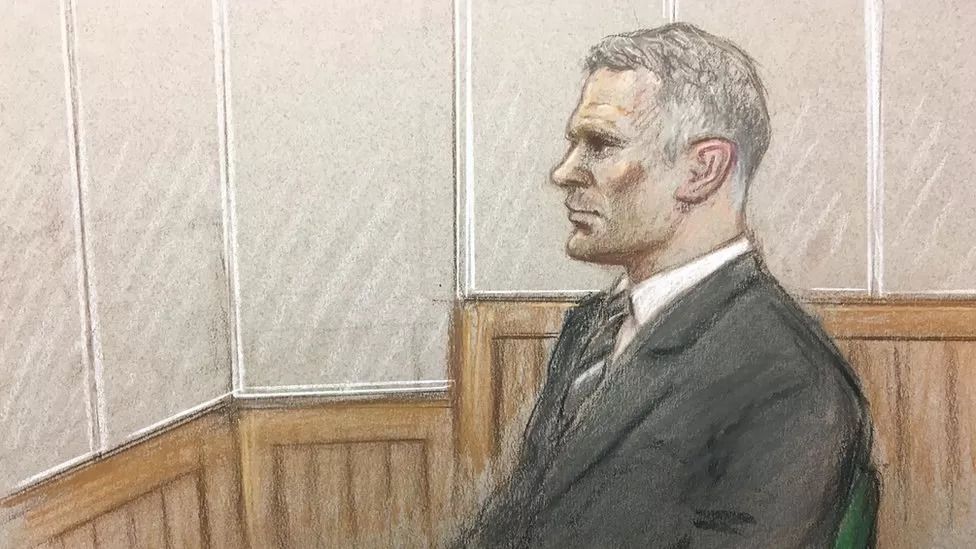 "Why not say it was an accident?" asked Mr Wright. "I don't know," he replied.

Mr Wright said it was because he was saying what had happened.

Mr Wright asked Mr Giggs why he could be heard saying "all losers" during the 999 call made by Emma Greville. Mr Giggs said he "did not know" why he would refer to both women as losers.

Mr Wright then told him: "I'm going to suggest it was because you realised what you had done and you were going to be arrested." Mr Giggs said: "No."

Mr Wright accused Mr Giggs of preparing to "get your story straight" as he waited outside his house for the arrival of police officers. He also alleged the ex-footballer wanted to give the impression he was pleased they were arriving, which he also denied.

He reminded Mr Giggs that Emma Greville told police during the 999 call: "He is screaming and shouting."

Mr Giggs said he "did not know" he was screaming and shouting when asked by the prosecution but no-one else was there.

The court heard that Giggs told police at the house "she is going to say I attacked her" and that Kate Greville's sister Emma "will obviously be on her side".

He also denied blaming Kate Greville for the dispute and told the police at his house that she had taken his phone, so he was not giving hers back.

He denied being "angry and aggressive to Ms Greville" and he believed the sisters would tell the police he had headbutted Kate, which he denied.

Mr Giggs also admitted he was "just scared" about these accusations.

Asked what he thought might happen, Mr Giggs replied: "I'm not too sure, but it just didn't look good."

Asked what he had meant by saying "we'll be everywhere", Mr Giggs said: "The newspapers and the media."

Ryan Giggs told his barrister Chris Daw QC both he and Kate Greville would block each other online in the course of their relationship.

He said it was also "common" for them to exchange intimate photographs of each other but he had never threatened to share any of Kate Greville with anyone else.

They would also exchange love poems, the court heard.

In August 2017, she messaged him: "You make my heart flutter because you are a nutter."

The next day, Mr Giggs wrote: "I'm not gonna lie, I think of you, I dream of you. Can't help thinking, pulling you was my greatest ever coo [sic]."

Mr Giggs also accepted he would send messages to Kate Greville and her friends when she was looking to break up with him on several occasions during their six-year relationship.

When asked whether he was seeking to control Kate Greville he told the court: "To try to rekindle the relationship."

Mr Giggs said: "She was happy that I persisted and I fought for her."

He also said his "unannounced visits" to Kate Greville at times when they had broken up was to "just to try and see her" and "rekindle the relationship" and that Kate was "just happy that I had fought for us and that I had persisted".

Chris Daw QC asked Ryan Giggs about messages he sent to Kate Greville with "deeply unpleasant language" after she told him he would no longer be going on a trip to Scotland with her.

He added that he only remembered using that language one time.

Mr Giggs replied: "Because I was upset, I was looking forward to going to the trip. I was on a big high and then a big low."

He also admitted that he had a private and public persona but neither of them involved using violence.