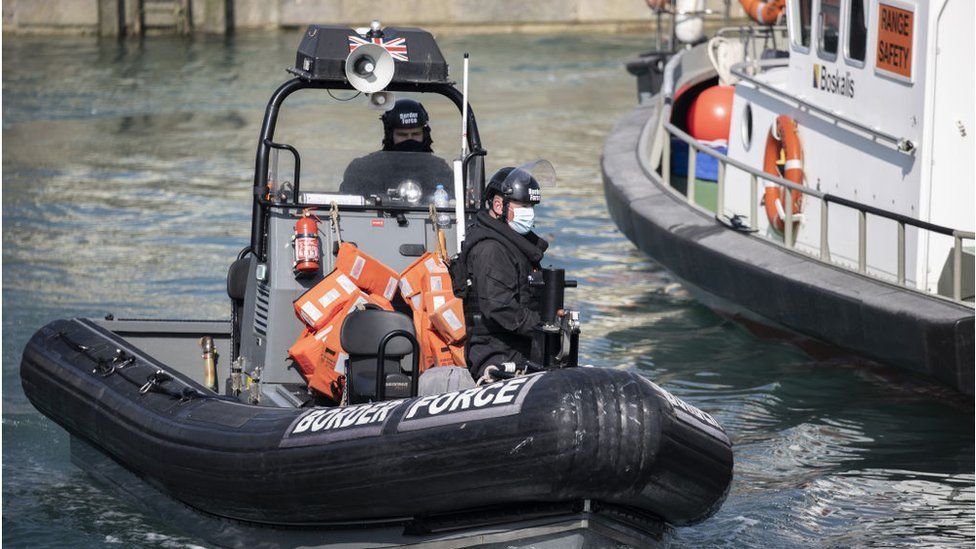 Rwanda asylum: Iranian policeman who defied orders says he fears for his life

An Iranian ex-police commander due to be deported from the UK to Rwanda under a controversial scheme says he fears being killed by Iranian agents there.

He has been held at a detention centre near Gatwick Airport after arriving in the UK from Turkey in May.

The first asylum seekers are set to be deported under the scheme on Tuesday.

Their applications will be processed in Rwanda, where they will be given accommodation and help. If successful, they will be able to remain in Rwanda with up to five years' access to education and support.

However the plan has been criticised by politicians and charities, who have raised concerns about the African nation's human rights record.

The former commander, who is not being named in order to protect his identity, was sentenced by an Iranian military court to almost five years in jail in Iran and a demotion for refusing to shoot protesters during anti-government demonstrations triggered by a sharp rise in petrol prices. The former commander was in charge of 60 police officers at the time.

Amnesty International documented the cases of 304 men, women and children it says were killed by security forces over five days - most from gunshot wounds. Reuters said at least 1,500 were killed in less than two weeks.

When he was out on bail pending his appeal, the former commander escaped to Turkey, where in November 2021 he gave testimony via Skype to the Aban Tribunal, organised by three human rights groups in London.

He says he lived in hiding in Turkey for 14 months before arriving in the UK. Although his face was covered when he gave evidence, he says Iran's security forces managed to identify him and persecuted his family.

"My family in Iran paid a heavy price and this [deportation] decision means all they went through was in vain," he said by telephone from Brook House detention centre.

"They put pressure on my family so that I return and they can capture me," he said.

He arrived in the UK on a boat on 14 May and was immediately detained.

His notice of removal - seen by BBC Persian - was given to him on 31 May, informing him that he would be sent on a direct flight to Kigali, Rwanda, on 14 June.

The notice says "the right of appeal may be exercised only on limited grounds and only from outside the United Kingdom".

The former commander said he feared for his life if he is deported to Rwanda, saying "Iran's Revolutionary Guards operate in Africa".

One of the organisers of the Aban Tribunal, Shadi Sadr, said the man's life was "in real danger as Iran's Revolutionary Guard, which is known for kidnapping and assassinating dissidents, operates in many African countries".

In recent years, Iran has been accused of targeting dissidents in its neighbouring countries, including Turkey.

Last week the former commander was given malaria pills in preparation for his trip, but he refused to take them.

"You can only send my dead body to Rwanda," he said he told officers.

"Why Rwanda? I'd rather be sent to Iran," he said. "At least, I know the consequences. I can't live with uncertainty and in fear anymore."

Ms Sadr said the man was suffering from a heart condition "confirmed by a Home Office medical professional".

UK Home Secretary Priti Patel has defended the deportation programme, saying the partnership with Rwanda was "a key part of our strategy to overhaul the broken asylum system and break the evil people-smugglers' business model".

A Home Office spokesperson told BBC Persian that "in Rwanda, [deportees] will be given the opportunity to rebuild their lives".