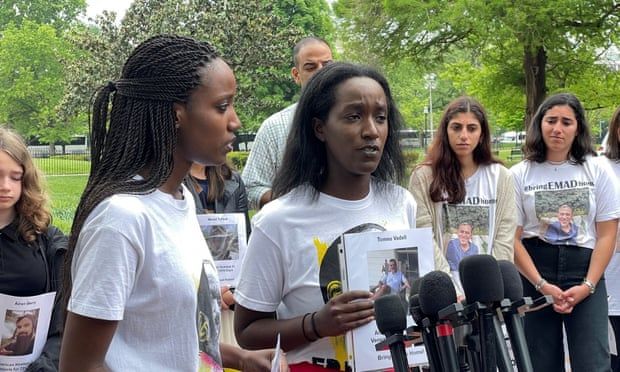 Rwanda accused of stalking, harassing and threatening exiles in US

Rwanda has been accused of being among the worst perpetrators of “transnational repression” in the US, stalking, harassing and threatening exiles there, according to a new report.

The report by the Freedom House advocacy group in Washington names Rwanda as well as China, Russia, Iran and Egypt as the principal offenders in seeking to extend the reach of their repressive regimes into the US.

Isabel Linzer, one of the report’s authors, said the findings raise further questions about the UK government’s agreement with Kigali to deport asylum seekers to Rwanda. The first deportation flight is due on 14 June.

“People often focus on Saudi Arabia, Iran, China, Russia, but Rwanda is one of the most prolific perpetrators of transnational repression in the world,” Linzer said. “And it certainly has not received the same level of scrutiny as some of those other countries.

“The asylum deal between the UK and Rwanda is quite shocking given how frequently the Rwandan government has gone after Rwandans in the UK and the British government is well aware of that,” she added.

The Freedom House report, Unsafe in America: Transnational Repression in the United States, notes that attacks on exiles have taken place since the cold war, but adds “operations by foreign intelligence agents have significantly intensified in recent years”.

“Autocrats cast a long shadow onto America’s soil,” it says. “The governments of Iran, China, Egypt, Russia, Rwanda, Saudi Arabia, and other states are increasingly and more aggressively disregarding US laws to threaten, harass, surveil, stalk, and even plot to physically harm people across the country.”

One of those targeted was Paul Rusesabagina, the former Kigali hotel manager whose efforts to save people in the 1994 genocide is told the film Hotel Rwanda.

Rusesabagina, a US permanent resident and prominent dissident, was abducted while travelling in the Middle East in August 2020 and tricked into boarding a private airplane that took him to Rwanda, where he was sentenced to 25 years in prison. Last month the US state department formally declared him to be “wrongfully detained”.

Rusesabagina’s daughter, Carine, and other Rwandan dissidents have been found to have been the targets of surveillance using Pegasus spyware made by the Israel security firm NSO Group.

The Rwandan government has denied using the spyware but did not respond to a request to comment on the Freedom House report.

Rwandan opposition figures in the US speak of constant surveillance, harassment and threats. 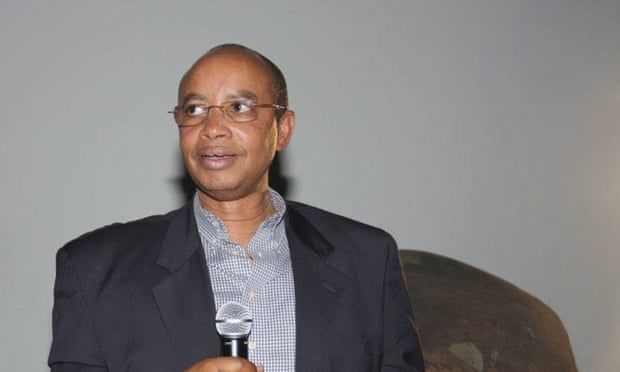 Patrick Karegeya, Rwanda’s former spy chief, who was found dead in a hotel in South Africa in 2013.

“You come to understand that it is part of your life,” said Theogene Rudasingwa, a former chief of staff to President Paul Kagame who was once Rwanda’s ambassador to the US, and is now a staunch critic of Kagame’s rule. “My wife is constantly in fear. My children are constantly in fear, especially for me. Every time I step out of the house, they are on edge. I have determined that I can’t be paralysed and live in fear 24/7, but the feeling of being a hunted person is around me 24/7,” Rudasingwa told the Guardian.

Three months ago he said he came out of his local bank to be told by a passerby that they had seen someone go under his car. Rudasingwa called the police who carried out a three-hour search but found nothing, possibly because the intruder had been disturbed.

Rudasingwa was the target of an assassination plot in Belgium in 2015, which failed when he put off a planned trip there. After the murder of his fellow opposition leader, former Rwandan intelligence chief Patrick Karegeya, in South Africa in 2013 – a killing widely believed to have been ordered in Kigali – the state department advised Rudasingwa to take extra precautions.

“They told me that they had reached out to Kigali to warn them not to try to do that kind of thing here in the United States,” he told the Guardian.

In March this year, the FBI launched a website on transnational repression giving advice on how to report incidents, part of a broad campaign by the administration to confront the growing threat.
Advertisement

“Transnational repression is used not only to harm or threaten individual dissidents, journalists, activists, and diaspora members, but to silence entire communities,” a spokesperson for the National Security Council said.

“Our intention is to use the full suite of tools and resources at our disposal to protect and build support for individuals and communities who are being targeted, and to hold perpetrators accountable for their actions.”

However, Claude Gatebuke, another Rwandan activist who has received repeated anonymous threats, said many in the diaspora do not report harassment because of the close diplomatic ties between Washington and Kigali.

“Part of the reason why people won’t speak up is because they know the government of Rwanda has a very tight relationship with the US government, and sharing information, they think they’re telling on themselves,” Gatebuke told the Freedom House authors.

Senior members of Congress have also voiced unease at Washington’s embrace of Kagame. After the head of US Africa Command, Gen Stephen Townsend, posted pictures of him posing with the Rwandan president, the top Republican on the Senate foreign relations committee, James Risch, warned that the bilateral relationship “faces serious complications”.

“Portraying the opposite is counterproductive and undermines [state department] messages on other top diplomatic concerns,” Risch wrote on Twitter.

“I’m always sensitive to the fact that there is that level of interaction at the intelligence level, at the level of the FBI, of senior officials always going to Kigali like it’s their Mecca,” Rudasingwa said. “How could I possibly say I’m safe, sharing sensitive information with them? So sometimes you just keep it to yourself.

“Nobody ever calls Kagame out. Nobody seeks accountability from him,” he added. “They give these occasional slaps on the wrist, but then you see the United Kingdom is sending refugees there. So where would you get the guts to call him out when he is doing you a favour?”