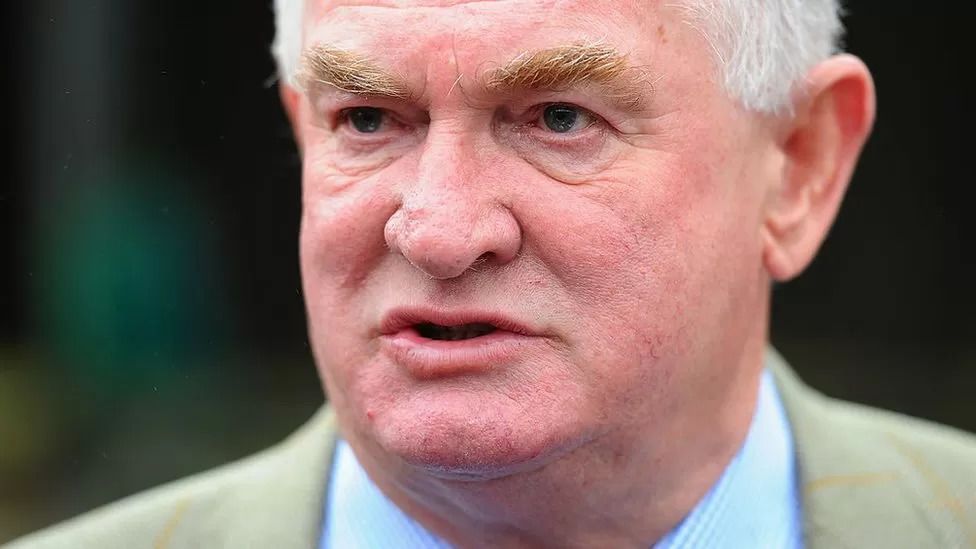 Racehorse owner Dai Walters has been moved to intensive care after being involved in a helicopter crash.

The businessman, 77, from Lisvane in Cardiff, was one of five people injured after the accident in woods near Ruthin in Denbighshire.

Racehorse trainer Sam Thomas was also injured in the crash but his assistant said he had been down to the stables and was "OK".

An investigation into the crash, which happened on Tuesday, is taking place.

James Standen, assistant to Mr Thomas said: "Sam is OK and he's been able to pop in and do evening stables last night and stuff, but he's pretty banged up to be honest.

"Our fingers are crossed for Dai, everyone is thinking about him.

"All our thoughts are with him and his family and we're hoping and praying for a speedy recovery."

It comes as AL Dancer won the Grand Sefton Chase for Mr Thomas and owner Mr Walters on Saturday.

Helicopter crash witness: "I could see something serious had happened"