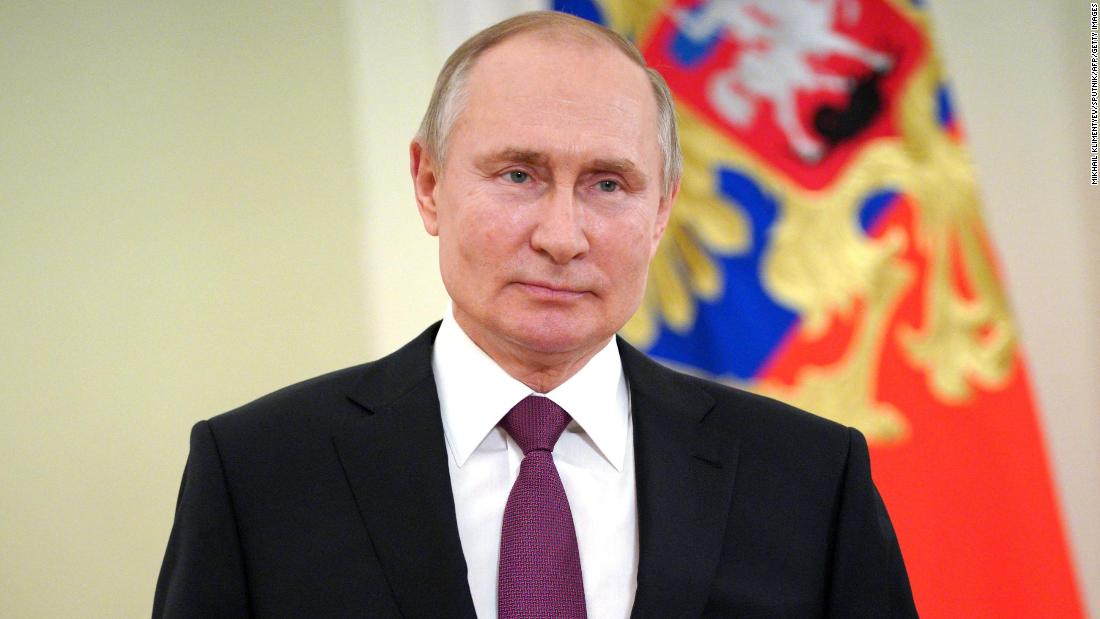 "The Arctic zone is a very important region of the Russian Federation, which applies both to our borders and to our special economic zone. The economic potential is growing from year to year, you know that there are general plans for national development in the Arctic zone, and all this is being consistently implemented," Peskov said.

Satellite images provided to CNN by space technology company Maxar detail a stark and continuous build-up of Russian military bases and hardware on the country's Arctic coastline, together with underground storage facilities likely for new high-tech weapons and the the Poseidon 2M39 torpedo.

This unmanned stealth torpedo is powered by a nuclear reactor and intended by Russian designers to sneak past coastal defenses -- like those of the US -- on the sea floor.

The Russian hardware in the High North area includes bombers and MiG31BM jets, and new radar systems close to the coast of Alaska. 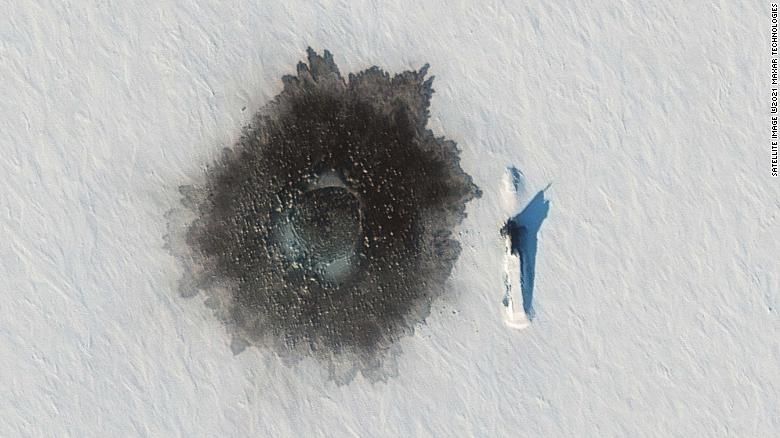 A Russian Delta IV submarine photographed on top of ice near Alexandra Island on March 27, during an exercise, with a likely hole blown in the ice to its left from underwater demolition.

"Nobody wants to see the Arctic as a region become militarized," Pentagon spokesman John Kirby said on Monday as he addressed the reports of the build-up of Russian military capacities in the Arctic.

"We obviously recognize that the region is key terrain that's vital to our own homeland defense, and as a potential strategic corridor between the Indo Pacific Europe and the homeland, which would make it vulnerable to expanded competition, if you will," he said.

"We're committed to protecting your US national security interests in the Arctic by upholding a rules based order in the region, particularly through our network of Arctic allies and partners who share the same mutual interest that we do in exactly that order," Kirby added.

In regards to those concerns, Peskov said "it should not be forgotten that America itself has never renounced its military presence in the Arctic zone, has never weakened its attention to the Arctic zone."

The Russian build-up has been matched by NATO and US troop and equipment movements. American B-1 Lancer bombers stationed in Norway's Ørland air base have recently completed missions in the eastern Barents Sea, for example. The US military's stealth Seawolf submarine was acknowledged by US officials in August as being in the area.