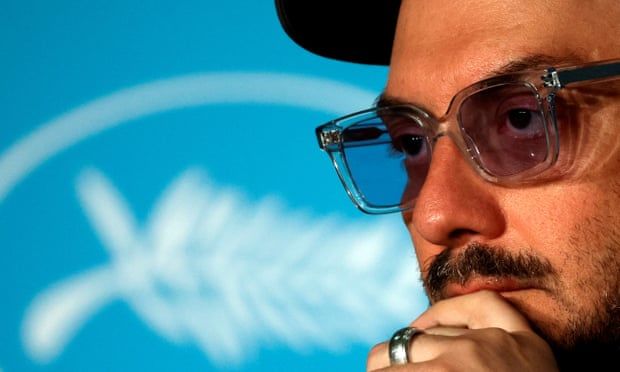 The dissident Russian film director Kirill Serebrennikov is calling for the lifting of sanctions on Roman Abramovich, one of the investors behind his latest film. The Russian oligarch, now trying to sell Chelsea football club because of financial restrictions imposed on on him by the British government, was a valuable patron of the arts, said the director.

Abramovich’s record as a sponsor of important cinema should be taken into account, Serebrennikov added, speaking at the Cannes film festival. “We have to lift the sanctions against Abramovich. He has been a real patron of the arts and in Russia this has always been appreciated,” the director said after Wednesday night’s premiere of his film Tchaikovsky’s Wife, which is in competition for the festival’s coveted Palme d’Or prize.

Serebrennikov is one of the few Russian film-makers asked to participate in the festival this year and he is using the platform to argue against a blanket boycott of art and culture from Russia in Europe.

According to festival organisers, Serebrennikov’s competition entry is eligible because its production predated the war in Ukraine, although it is not clear if the decision is in line with current European sanctions on the financial interests of Russian oligarchs.

Ukrainian delegates at Cannes have questioned the timing of the filming itself, which they allege may have continued into April. Questioned on Thursday, Serebrennikov said he had not received money directly from the Russian state since he was a student. Funds, he said, came then through the civil service, not directly from wealthy individuals. “Up to that point it was not toxic money,” he said. “There was nothing shameful about it.” He added that Abramovich’s film foundation, Kinoprime, had helped to fund his last two films. 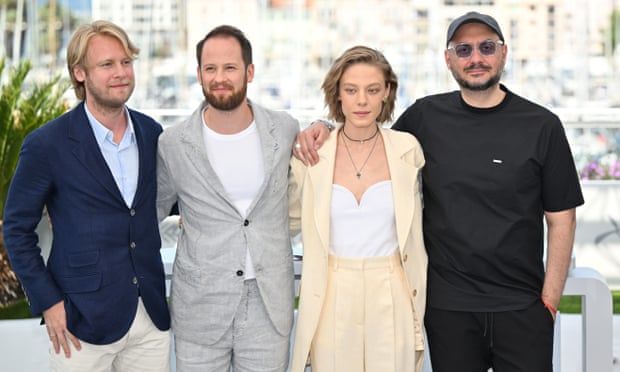 Tchaikovsky’s Wife portrays the troubled marriage of the composer Pyotr Tchaikovsky and Antonina Miliukova, and examines repressive 19th-century attitudes to homosexuality, to women and to mental health. A Cannes regular in recent years, Serebrennikov took part last year remotely, owing to the pandemic. His joy at attending in person this May was overshadowed by the war in Ukraine, he said.

“I am not totally happy to be here because there are bombs falling on cities,” he said. The director explained his criticisms of the war have created problems for him in Russia. In 2020, Serebrennikov was convicted of embezzlement and given a suspended prison sentence, having previously criticised Russia’s seizure of Crimea from Ukraine in 2014 and spoken out in support of Russia’s beleaguered LGBTQ+ community. “I was called into court and then I was released on bail. So I came to Europe, because that is where the work is.”

This year the festival has not accepted official Russian delegations, and Serebrennikov questioned the widespread nature of such bans. “I can understand that people are calling for a boycott, but I don’t accept it,” he said.

“What is happening in Ukraine is very painful. It’s unbearable,” he added, explaining that he believed “This Russian imperialist thrust should stop.” But he said he did not see that a comprehensive culture ban was the answer. “Culture is air, it is water and it is clouds, and so is totally independent of nationality,” he said.

The issue of Russia’s place in the film industry, and of the role of entertainment during a war, continues to dominate the opening days of the festival, taking its cue from the speech that Ukrainian president Volodymyr Zelenskiy delivered at the festival by screen on Tuesday.

“Will cinema keep quiet, or will it speak up? If there is a dictator, if there is a war for freedom, once again everything depends on our unity. Can cinema stay outside of this unity?” Zelenskiy asked.

Thursday also saw the premiere of the documentary Mariupolis 2, put together from the salvaged footage of a new project in Ukraine being made by the Lithuanian film-maker Mantas Kvedaravičius. Kvedaravičius was killed in the conflict, but his fiancee Hanna Bilobrova brought the footage the director had already completed to a special screening set up in the Palais des Festivals.

Cannes will also see the controversial screening of The Natural History of Destruction, directed by Sergei Loznitsa, Ukraine’s best known film-maker, who is also of Russian and Belarusian descent. In March, the Ukrainian Film Academy expelled Loznitsa because he did not support its call to boycott all Russian movies.

Serebrennikov was asked if he would donate the proceeds of Tchaikovsky’s Wife to Ukrainian war victims, something Abramovich has said he will do with money he receives from the sale of Chelsea FC. The actor Alyona Mikhailova, who plays the composer’s wife in his film, was visibly moved when Serebrennikov replied that he wanted support for Russian families who are badly affected by the war as well as for Ukrainians.

“It is very important to help all the victims. People in Russia are traumatised, too, and some cannot work any more or they have left their families,” Serebrennikov said. His producer, Ilya Stewart, explained that it was unlikely there would be any proceeds. “We are very far away from earning money on this film. The background is that it was an investment in the arts.”

Returning to his call for sanctions on the Chelsea FC owner to be lifted, Serebrennikov said: “Abramovich created Kinoprime to support the best Russian films in recent years and these are certainly not propaganda films, rather the contrary. Zelenskiy also asked that he should not be under any sanctions because he can be one of the key people to forge a peace.”