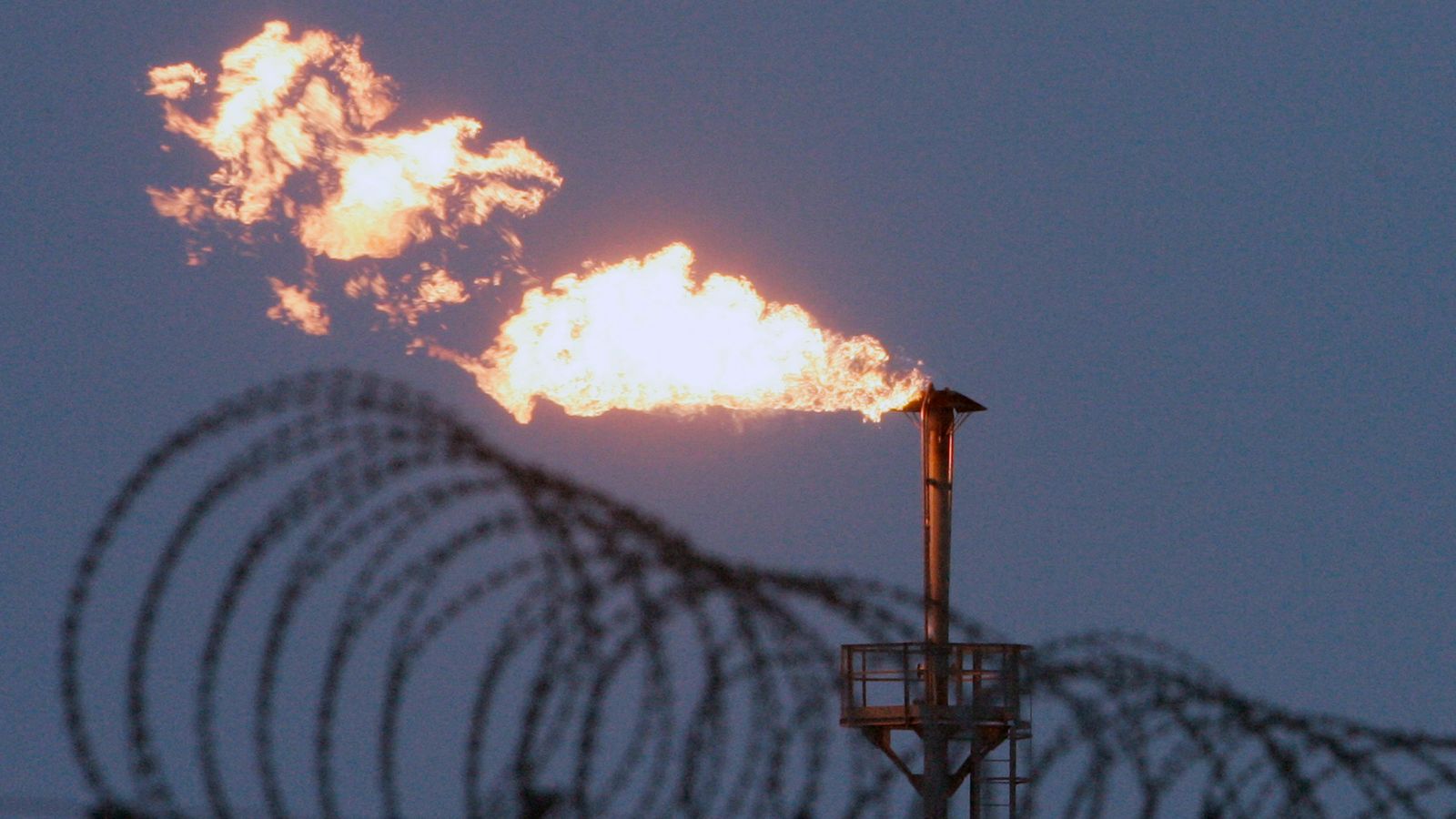 Russia 'burning off £8.4m worth of gas a day' as Europe grapples with energy crisis

The flaring first came to light a few weeks ago when Finnish people noticed a large flame on the horizon at the Russian border. Analysis suggests around 4.34 million cubic metres of gas is being burned every day - an estimated $10m worth.

Russia is burning off large amounts of natural gas that it previously would have exported to Germany through the Nord Stream 1 pipeline, analysis suggests.

Satellite monitoring of heat levels at a new liquified natural gas facility near the Finnish border indicates it has been happening since 11 July - and an estimated $10m (£8.4m) worth of gas is being burnt every day.

The flaring first came to light a few weeks ago when Finnish people noticed a large flame on the horizon at the Russian border.

He also described the quantities of carbon dioxide produced by the plant as an "environmental disaster".

Although the flaring may be part of testing procedures at the Portovaya LNG plant or because of a lack of coordination between different operating segments, experts said "the likely magnitude and duration of this continuous flaring period is quite extreme".

Mr Knutsson said similar observations had been made by several firms which have been interpreting the satellite data, "confirming these radiant heat levels".

"A significant amount of flaring is happening at that LNG facility which is under construction at the moment," he said.

The Portovaya plant, which is northwest of St Petersburg and is due to start up this year, is close to a compressor station at the start of the Nord Stream 1 undersea gas pipeline from Russia to Germany.

Supply was cut off for 10 days in July while the pipeline was undergoing annual maintenance, and while it has since resumed, the gas flow is running at a fifth of its capacity.

Gazprom, Russia's state-controlled energy company, has cited faulty or delayed equipment as the main reason behind this.

Germany disputes this, saying it is a pretext and that Moscow is using gas as a weapon to push back against Western pressure over its invasion of Ukraine - fuelling soaring prices and the deepening cost of living crisis ahead of winter.

Russia denies this, and says Western sanctions are the reason for high gas prices.

"The exact reason for the flaring happening is uncertain because there has not been any proper communication from Gazprom or Russia," Mr Knutsson said.

He said there could be a number of reasons for the flaring with Russia sitting on a "surplus of gas right now".

"There are many potential reasons but we don't know the exact one," he said.

There are also concerns about the quantities of carbon dioxide and soot the plant is creating.

"This is the equivalent of 9,000 tonnes of carbon dioxide on a daily basis which is really an environmental disaster," Mr Knutsson said.