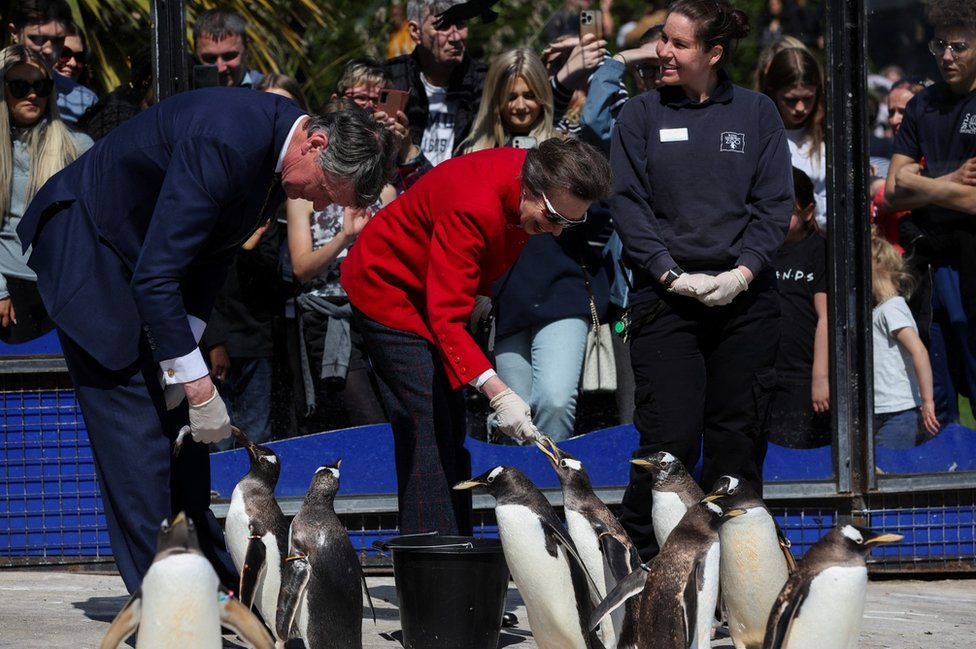 Street parties were also held across the country to honour the first monarch to reach the milestone.

On Thursday the festivities got under way with a Royal gun salute at Edinburgh Castle, before beacons were lit across the country.

The Queen was also praised for "staying the course" as royals joined dignitaries at a thanksgiving service for the Platinum Jubilee at St Paul's Cathedral.

Referring to her love of horse racing, Archbishop of York Stephen Cottrell said the 96-year-old monarch was "still in the saddle", even though she was not able to attend.

The Queen, who experienced "discomfort" during Thursday's events, watched the service from Windsor Castle.

The couple were in the Scottish capital as members of the royal family visited the nations of the UK over the long weekend to celebrate the Queen's milestone.

They visited the Penguins' Rock enclosure - which is home to gentoo, rockhopper and king penguins - and fed the residents with blue whiting from a bucket. 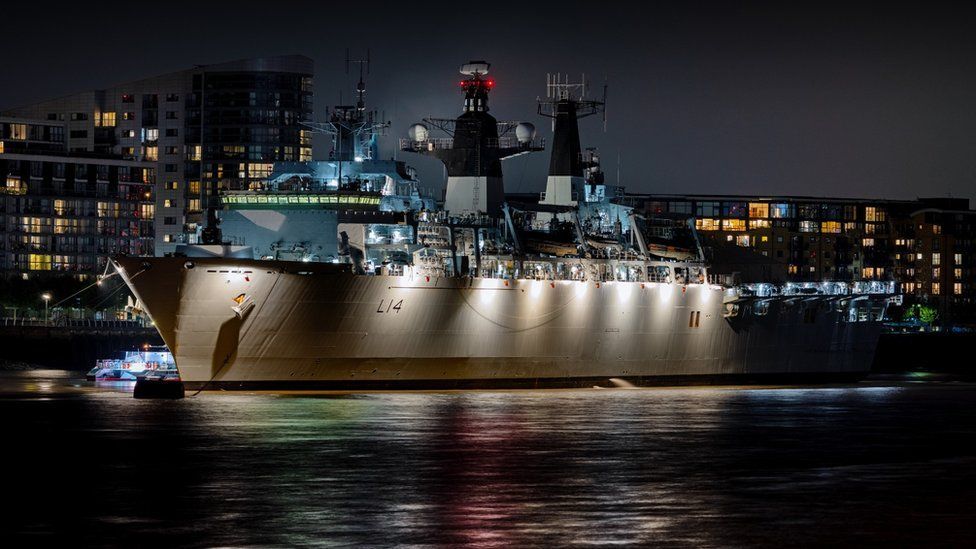 HMS Albion is in Edinburgh for the Jubilee weekend 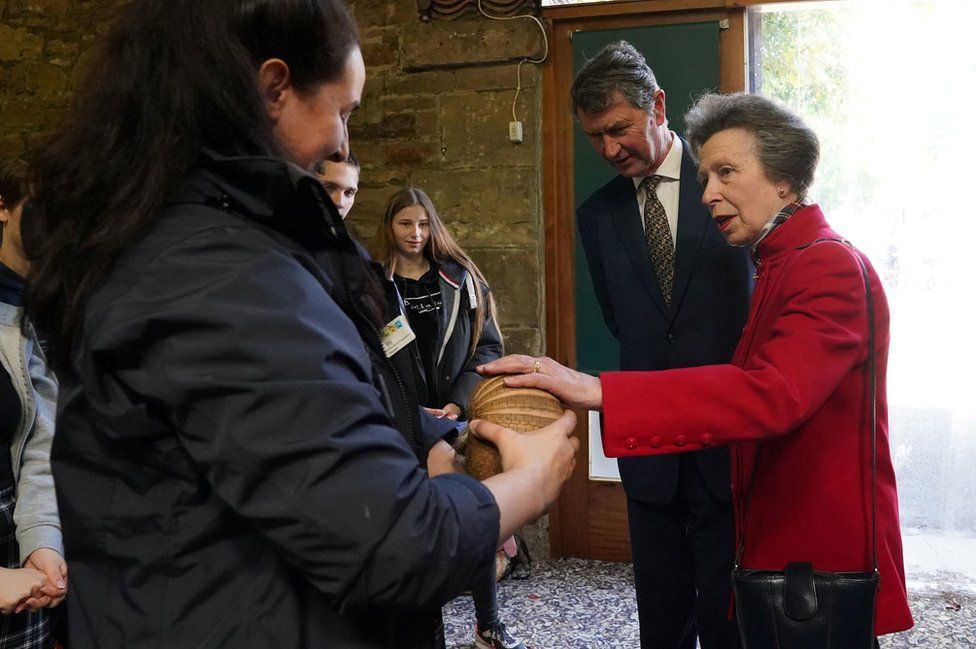 Princess Anne pats an armadillo during her zoo visit

Earlier, the princess met children from Ukrainian orphanages who were taking part in an animal handling session with a snake and an armadillo in the zoo's Rainforest Room.

The children were rescued from the war-torn country and brought to Scotland with the help of the charity Dnipro Kids, formed by supporters of Hibernian Football Club.

While in Edinburgh, the couple will also visit HMS Albion and inspect a Guard of Honour before boarding the ship.

On the flight deck of the amphibious assault vessel, the princess will meet members of the ship's company and representatives from charities across Scotland supported by the Queen and Anne as patrons, before cutting a commemorative cake.

The Duke and Duchess of Cambridge and the Earl and Countess of Wessex will visit Wales and Northern Ireland respectively. 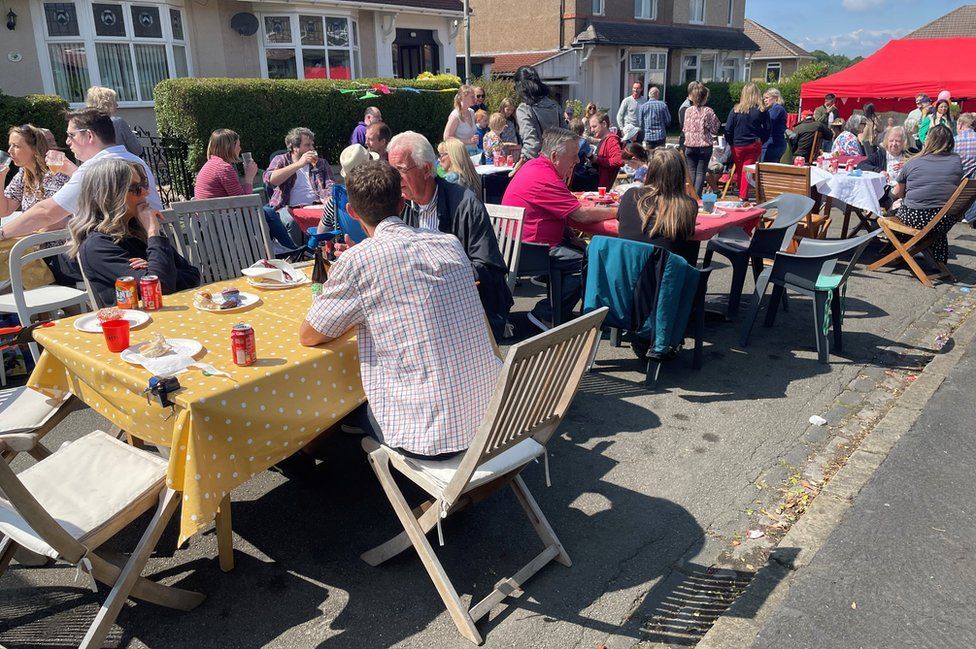 Residents in Glasgow's Kelvindale held a street party in the sunshine

To mark the Platinum Jubilee, the traditional bank holiday on the last Monday in May was moved to Thursday.

It has been followed by an extra bank holiday on Friday.

On the first day of celebrations beacons were simultaneously lit across the UK at 21:45.

The focal point in Scotland was Edinburgh Castle but teams from Walking With The Wounded also lit beacons at the summits of Ben Nevis, Scafell Pike in England, Mount Snowdon in Wales and Slieve Donard in Northern Ireland.

Beacon events were also held at locations including Greenock in Inverclyde, Saltcoats in North Ayrshire, Dunnottar Castle at Stonehaven and at RAF Lossiemouth, where the celebrations featured a Military Wives Choir.

Among the notable local weekend events is a re-enactment of the Queen's 1953 Coronation in Kelso in the Scottish Borders on Saturday, featuring members of the local Scouts and Guides.

Musselburgh Race Course will top off a weekend of Jubilee racing with a special corgi derby on Sunday.

A distant relative of one of The Queen's own corgis, named Paddy from Port Seton, will take part.

And in Kirkcudbright, Dumfries and Galloway, about 2,000 people are expected at a street party on Sunday which will see the town's St Cuthbert Street closed to traffic.

The main highlight in Edinburgh will be an open-air concert in West Princes Street Gardens on Sunday.

Members of the public are being encouraged to bring their picnic blankets for the free event, which starts at 12:30.