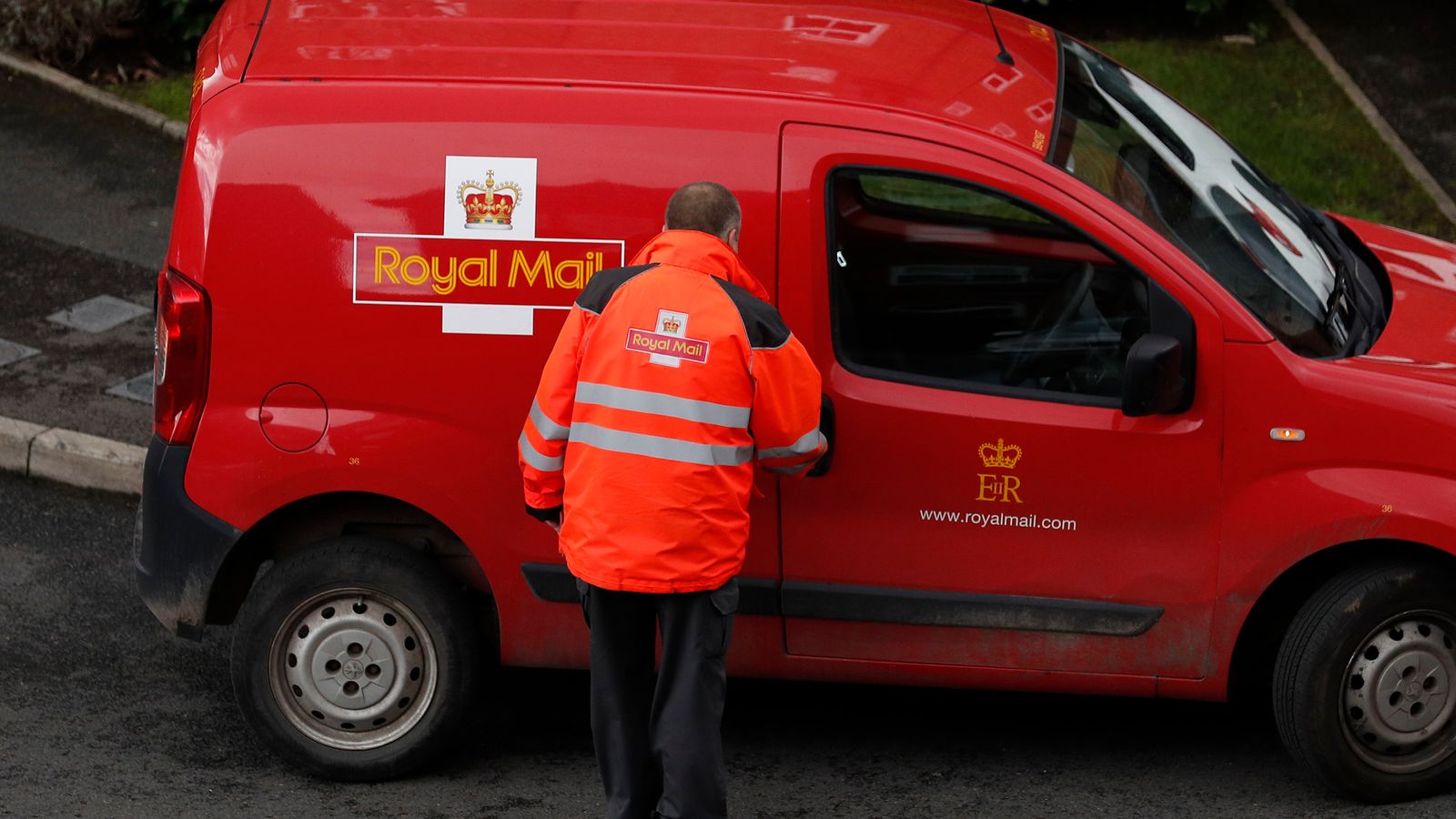 The Communication Workers Union (CWU) said over 115,000 staff will form the biggest strike of the summer so far to demand a "dignified, proper pay rise".

Royal Mail workers are set to stage four days of strikes in the coming weeks in a dispute over pay.

The Communication Workers Union (CWU) said over 115,000 staff will form the biggest strike of the summer so far to demand a "dignified, proper pay rise".

Walkouts will take place on Friday 26 and Wednesday 31 August and Thursday 8 and Friday 9 September.

It follows a recent ballot for strike action which saw members vote by 97.6% on a 77% turnout to take action.

The union said management responded by imposing a 2% pay rise, which it believed would lead to a "dramatic reduction" in workers' living standards because of soaring inflation.

CWU general secretary Dave Ward said: "Nobody takes the decision to strike lightly, but postal workers are being pushed to the brink.

"There can be no doubt that postal workers are completely united in their determination to secure the dignified, proper pay rise they deserve.

"We can't keep on living in a country where bosses rake in billions in profit while their employees are forced to use food banks.

"When Royal Mail bosses are raking in £758m in profit and shareholders pocketing £400m, our members won't accept pleads of poverty from the company.

"Postal workers won't meekly accept their living standards being hammered by greedy business leaders who are completely out of touch with modern Britain.

"They are sick of corporate failure getting rewarded again and again.

"The CWU's message to Royal Mail's leadership is simple - there will be serious disruption until you get real on pay."

Royal Mail apologised to its customers for the disruption the strike will cause.

Ricky McAulay, operations director at Royal Mail said: "After more than three months of talks, the CWU have failed to engage in any meaningful discussion on the changes we need to modernise, or to come up with alternative ideas.

"The CWU rejected our offer worth up to 5.5% for CWU grade colleagues, the biggest increase we have offered for many years.

"In a business that is currently losing £1m a day, we can only fund this offer by agreeing the changes that will pay for it.

"Royal Mail can have a bright future, but we can't achieve that by living in the past."