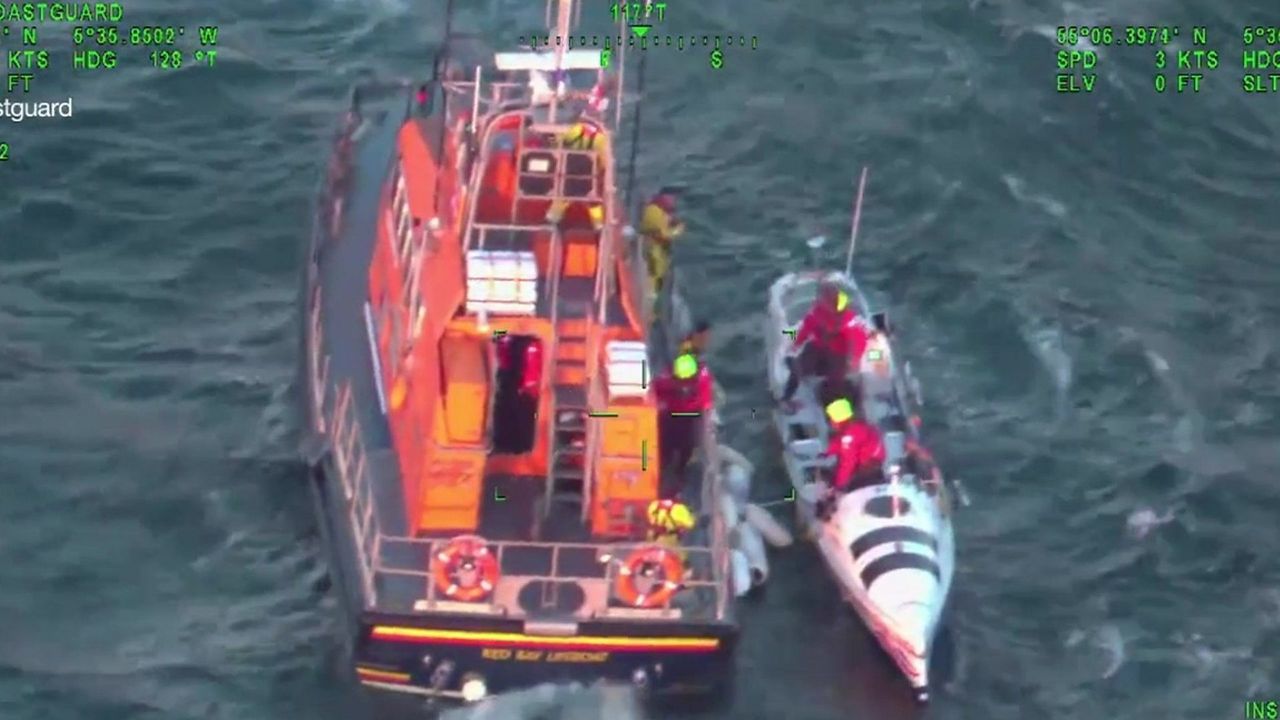 UK coastguard footage shows the rescue of the five-strong crew by an RNLI craft.

This is the moment a rowing vessel with six people on board was rescued from the Irish sea, following bad weather.

The GB Endurance team, who were taking part in a Great Britain rowing challenge, ran into trouble and were rescued by a craft from the Red Bay RNLI.

Two other vessels taking part in the same challenge also had to be rescued near Northern Ireland and Wales.

All 16 rowers from the three vessels were reported to be safe and well.