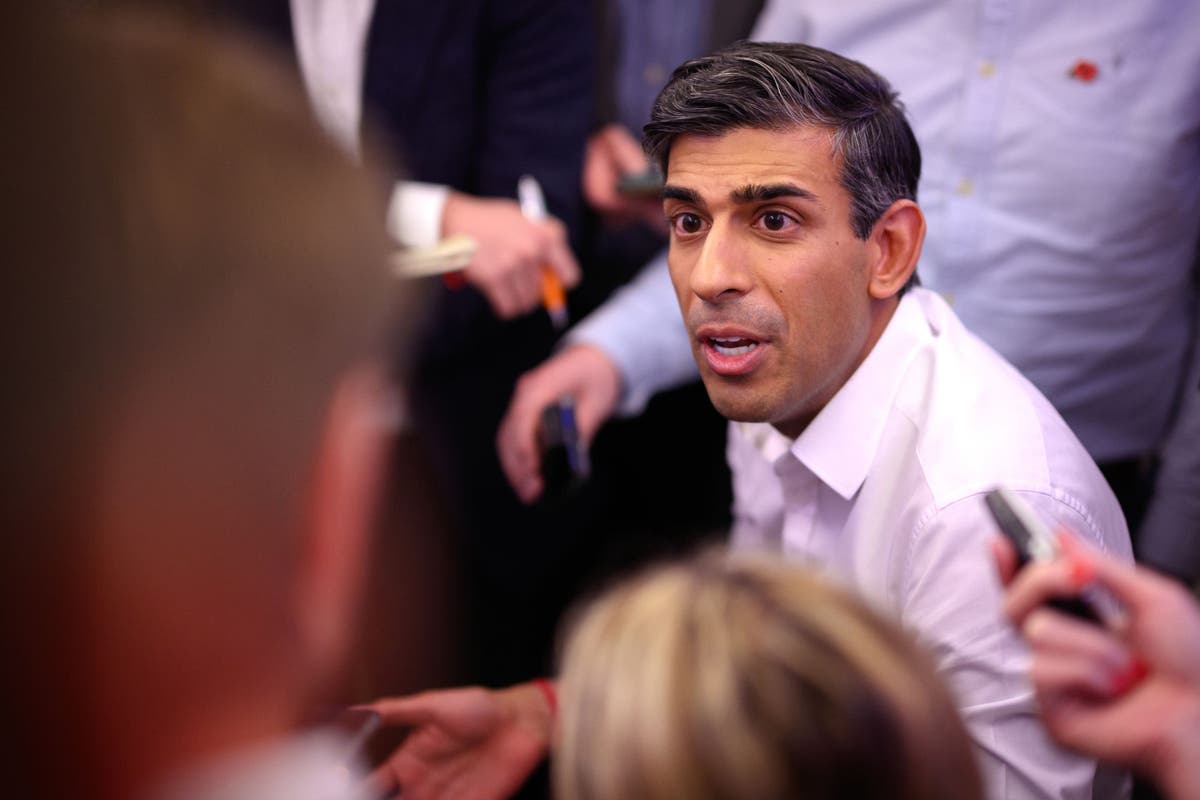 The Prime Minister faced questions from some of his own MPs over the latest agreement
Rishi Sunak could not say when the number of migrants crossing the Channel to the UK would reduce despite the Government agreeing a fresh multimillion-pound deal with France.

The Prime Minister came under fire from critics, as well as some of his own MPs, amid concerns the latest agreement falls short of what is needed to curb the crisis.

It comes as the number of people arriving on the south coast after making the journey topped 40,000 for the year so far, with crossings continuing on Monday.

Under the latest commitment, the number of French officers patrolling beaches on the country’s northern coastline is expected to rise from 200 to 300 within the next five months.

For the first time, British officers will be stationed in French control rooms and on the approaches to beaches to observe operations in a bid to better understand the threat at hand and inform deployments.

Other measures signed off earlier in Paris by Home Secretary Suella Braverman and the French interior minister Gerald Darmanin, which will “begin with immediate effect”, include drones and night vision equipment to help officers detect crossings, as well as other efforts to step up surveillance.

The Prime Minister hailed the move as part of his efforts to “grip illegal migration” and insisted he was “confident” numbers would come down over time – but declined to guarantee they would fall next year.

Foreign Secretary James Cleverly declined to give a target on how much the deal with France could cut crossing numbers, but defended the scale of spending to tackle the problem.

Critics lambasted the deal, with the Conservative MP for Dover Natalie Elphicke saying it “falls short of what is needed”.

Describing how a boat landed on a beach in a coastal village in her Kent constituency “as the ink was drying on this new deal”, she told the Commons: “We don’t need more observation, we need action taken on the French side.”

Asked if the deal was a game changer, Ms Braverman told MPs it was a “step change and a big step forward”, but on its own it “will not fix the problem”.

Speaking to broadcasters ahead of the G20 summit in Bali, Mr Sunak said: “I’m confident that we can get the numbers down.

“But I also want to be honest with people that it isn’t a single thing that will magically solve this. We can’t do it overnight.

“But people should be absolutely reassured that this is a top priority for me. There’s lots more that we need to do.”

This is the fifth deal of its kind in four years, MPs heard, and the latest sum now takes the estimated total cost committed in that time to more than £230 million.

In July last year, the then home secretary Priti Patel and Mr Darmanin announced a £54 million (62.7 million euro) agreement to more than double the number of police patrolling French beaches for the second time in 12 months in a bid to curb the crossings and patrol a wider stretch of coastline, with the promise of more surveillance and plans to bolster border security.

Human rights group Amnesty International UK said the new deal was no different from previous agreements and accused the Government of “recycling the same failed response”, while the Refugee Council said the move would “do little to end the crossings”.

More than 1,800 migrants arrived in the UK over the weekend marking the first Channel crossings in November after an 11-day hiatus amid bad weather.

Government figures show 972 people arrived in 22 boats on Saturday, followed by 853 people in 26 boats on Sunday, taking the provisional total for the year so far to 41,729. Total crossings last year were 28,526.
#Priti Patel
Add Comment