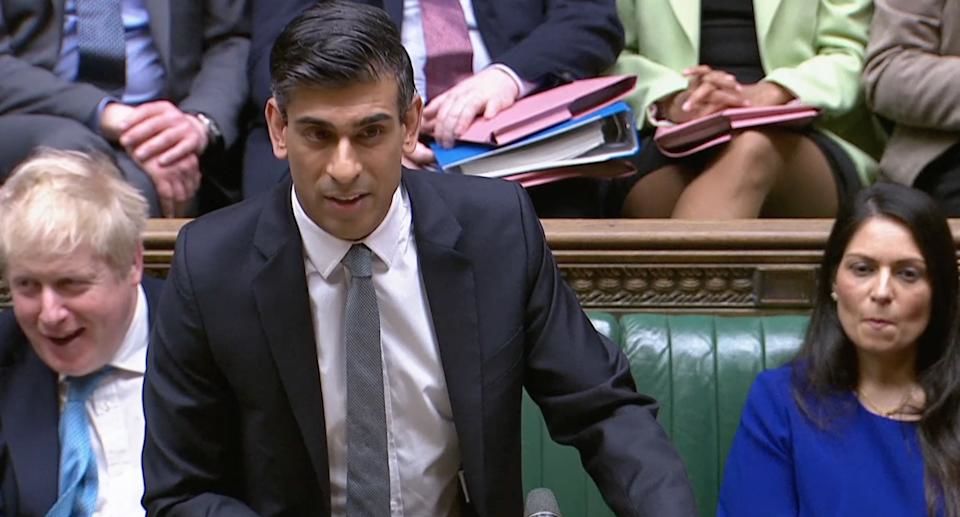 Chancellor Rishi Sunak has set out measures aimed at combating soaring energy, food and fuel prices, in his Spring Statement.

He cut fuel duty by 5p but resisted calls to scrap April's National Insurance rise of 1.25p in the pound.

He warned the UK's post-pandemic recovery had been blown off course by the war in Ukraine.

But he held out the promise of an income tax cut in 2024 when he said the economy would be in better shape.

Labour said he had made an "historic mistake" by pushing ahead with next month's National Insurance increase, which the party warned would hit workers hard.

But the chancellor said the money raised was needed for the NHS - and instead he said he would raise the threshold at which workers start paying National Insurance from £9,600 to £12,570.

This would amount to "a £6bn personal tax cut for 30 million people across the United Kingdom, a tax cut for employees worth over £330 a year," said the chancellor.

Mr Sunak warned the economic outlook was uncertain and the full impact of the war in Ukraine was not yet clear.

The Office for Budget Responsibility painted a bleak picture of the UK's immediate economic prospects, saying that living standards are set to take the biggest hit since records began in the 1950s.

It said inflation was set to peak at 8.7% at the end of this year and this - combined with rising taxes - will "weigh heavily on living standards in the coming 12 months".

The watchdog said the UK's tax burden will be at the highest level since the 1940s.

Other measures in the chancellor's mini-Budget include:

*  VAT on solar panels, heat pumps, roof insulation and other energy saving measures will be reduced from 5% to zero for five years

*  The employment allowance will increase from £4,000 to £5,000, allowing small businesses to reduce their National Insurance payments

*  Green technology will be exempt from business rates from April, saving firms £35m in 2022-23

*  Councils get another £500m for the Household Support Fund from April, designed to help vulnerable households with rising living costs

She told MPs: "In eight days, people's energy bills will be rising by 54%, two weeks today the chancellor's tax hike will start hitting working people and their employers.

"His National Insurance tax rise was a bad idea last September and he's admitted it's an even worse one today."

She repeated Labour's call for a windfall tax on energy companies.

What's deeply unusual is that Mr Sunak chose to announce this giveaway, a penny off income tax, two years before it would kick in.

It's certainly unusual to announce election goodies this far out, not just because it kills any element of political surprise, but also it ties the Chancellor's hands in the years ahead.

While the moves seem to designed to polish up Mr Sunak's credentials as a tax cutter, the black and white of the statement documents beg to differ.

As chancellor, he has increased taxes massively more than he has just reduced them.

The SNP criticised Mr Sunak over his decision not to reverse the removal of the £20-a-week top-up to Universal Credit payments, or to increase other benefits, "at a time when people need it the most".

Paul Johnson, director of the Institute for Fiscal Studies think tank, said "the very poorest" could see their cost of living increase by 10%, despite a "small amount of extra cash" promised by the chancellor for local authorities to help those on benefits.

Sir Ed Davey, the Liberal Democrat leader, said the Spring Statement was a "total swindle" by Mr Sunak, who he said was "giving with one hand and taking with another".

And the Green Party criticised him for not mentioning climate issues. Its co-leader Adrian Ramsay accused Mr Sunak of "[looking] after the interests of fossil fuel companies". 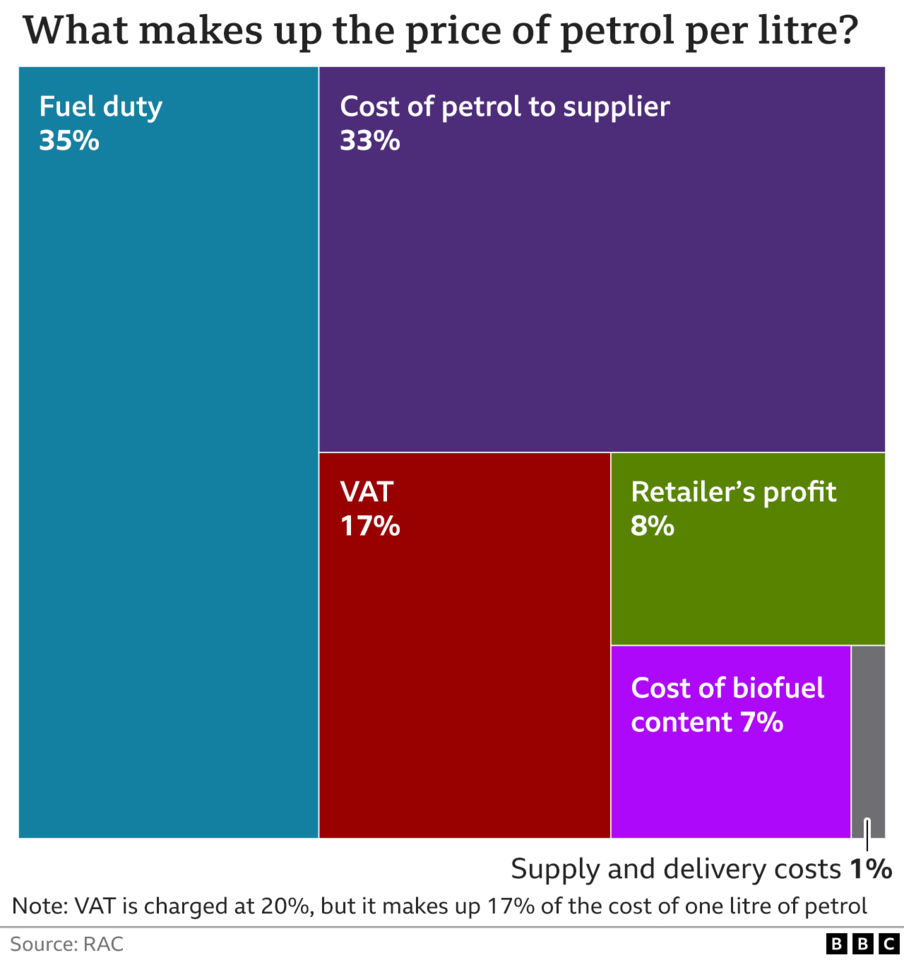 Mr Sunak promised the government would "stand by" families struggling with the cost of living.

And in a surprise announcement at the end of his statement, he said his ambition was to cut the basic rate of income tax by 1p in the pound.

"It would clearly be irresponsible to meet this ambition this year," he told MPs, but official forecasts said inflation would be "back under control" and national debt falling by 2024, making a cut possible then, he added.

"A tax cut for workers, for pensioners, for savers. A £5bn tax cut for 30 million people. It is fully costed and fully paid for in the plan announced today."