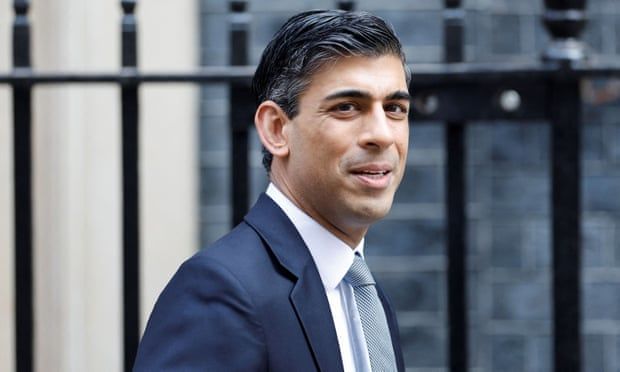 Rishi Sunak says "technical problems" stopped him raising benefits more. Do you belive anything he say?

Chancellor blames DWP computers that allow uplift only once a year, in claims labelled ‘pathetic’ by Jonathan Ashworth. What a crook...
Rishi Sunak has claimed he was prevented from raising benefits more at the spring statement because of the old computer system used by the Department for Work and Pensions.

Acknowledging that technical problems “sounds like an excuse”, the UK chancellor told Bloomberg he had discussed a higher rise than the 3.1% given across the board but was told there could be an uplift only once a year for people on some benefits.

Sunak highlighted the increase in the “national living wage”, the changes to the universal credit taper rate and discretionary support from councils as measures the government has done to help the lowest paid.

But the claim of computer problems was labelled “pathetic” by Jonathan Ashworth, the shadow work and pensions secretary, while Angela Rayner, the Labour deputy leader, said the chancellor was “insulting your intelligence”.

Many experts believe raising benefits would be the quickest and most effective way of helping the lowest-paid with the squeeze on living standards caused by inflation.

The government has come under fire for raising benefits by 3% when inflation is running at 7% and is forecast to hit 10% by the end of the year.

“The operation of our welfare system is technically complicated,” Sunak said. “It is not necessarily possible to [increase benefits] for everybody. Many of the systems are built so it can only be done once a year, and the decision was taken quite a while ago.”

He acknowledged that blaming the technology “sounds like an excuse” but insisted he was “constrained somewhat by the operation of the welfare system”.

Ashworth highlighted the speed with which ministers acted to take away the £20 uplift in universal credit given to people during the pandemic – the biggest single cut to social security ever. “Shame Sunak’s computer didn’t say no to that,” he added.

It was reported last month that the chancellor had considered raising benefits by more than 3.1%, but that the Treasury was told “you could only do it once a year and this was not the time of year that you could do it”.

The problem was said to be the antiquated IT system that distributes some legacy benefits such as jobseeker’s allowance and the employment and support allowance.

Both are being phased out to be replaced by universal credit, but hundreds of thousands of people remain on the old schemes, which use an IT system about 40 years old.

Changes to the legacy benefit payments have apparently got to be fixed in the autumn in order to arrive by spring.

These are administered by paper-based systems and ageing, inflexible IT systems that take months to process changes, while universal credit updates can be done in a matter of weeks.

A spokesperson for the Department for Work and Pensions said: “Parliament voted to end the complex web of six legacy benefits in 2012, and as this work approaches its conclusion in 2024 we are fully transitioning to a modern benefit, suited to the 21st century.

“We recognise the pressures people are facing with the cost of living, which is why we’re providing support worth £22bn across the next financial year including our household support fund.

“Parliament voted in March 2022 to uprate benefits by the usual measure.”
Add Comment