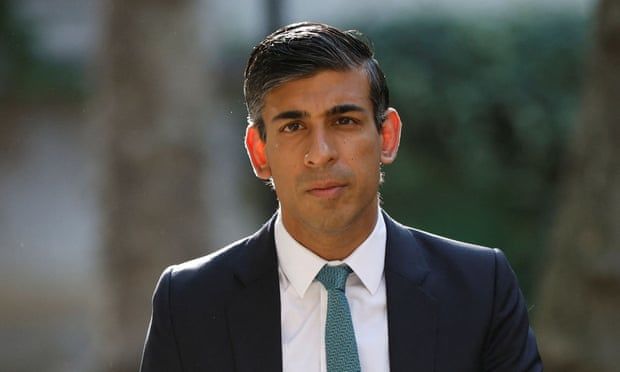 Judgment questioned over years spent as director of east London free school later criticised for ‘improper’ practices
Rishi Sunak, the frontrunner for the Conservative leadership, was the director of a free school with close links to rightwing libertarian founders, which was found to have multiple financial and safeguarding failings years after his departure.

Labour said there were questions to answer about Sunak’s time as a director of the The East London Science school (ELSS), where the former chancellor served from its founding in 2013 until he ran for office in 2015.

A number of founders and original directors of the school were members of the now-dissolved Revolutionary Communist party.

Despite the leftist origins of the group, many of these former members are now most closely associated with the libertarian right wing, including the controversialist website Spiked.

Sunak is understood to have got involved at the ELSS during his preparation to run for office as a Conservative MP. A source close to the former chancellor said the school had been recommended by Boris Johnson’s team at City Hall.

During Sunak’s time as a director, the University of Kent sociologist Prof Frank Furedi, the founder of the Revolutionary Communist party, was invited to address a staff away day in 2014. A source close to Sunak said he had not been involved in the invitation. Furedi told the Guardian he had been invited to discuss pedagogic matters.

A regular contributor to Spiked, Furedi has written articles arguing against consent classes in schools and a critique of the furore around Jimmy Savile, saying: “If you dare question an allegation, if you call for some measure of objectivity, then you’re complicit in a double victimisation … You are as bad as the person against whom the allegations have been made.” Furedi told the Guardian neither were the subject of his talks.

At the time Sunak was a director – between 2013 and 2015 – the ELSS principal was David Perks, one of its co-founders. Perks was among those heavily criticised in a government investigation prompted by whistleblowers in 2019, after Sunak’s departure from the school.

In 2020, five years after Sunak left, the Education and Skills Funding Agency issued the ELSS with a “notice to improve” and noted “improper recruitment and setting of salaries for new appointees, especially where appointees had a prior connection to the principal.”

It also criticised the links the school had with the charity Battle of Ideas, which is linked to Claire Fox, who was later a Brexit party MEP and who also had past connections with the Revolutionary Community party. The school paid the charity £14,400 in 2019 for an event – but the report criticised the potential conflict of interest and said there “was no evidence to show how the connections, and potential conflict, were managed”.

Bridget Phillipson, Labour’s shadow education secretary, said: “This bizarre tale raises yet more serious questions about Rishi Sunak’s judgment. Following his dismal record on education as chancellor – when he said he had ‘maxed out’ support for our children – he should explain his relationship with the characters involved in this school.”

In December 2021, the school was placed into special measures after a damning inspection by Ofsted, which criticised poor behaviour, poor safeguarding and weak provision for personal development, though the school was rated “good” during Sunak’s time as a director.

Perks left the school in November 2021, though he was described on the website as having been “away from the school for some time”. The Harris Federation is due to take over the ELSS, according to Schools Week.

During the pandemic, Perks came to prominence for saying he would not follow government guidance for pupils to wear masks in school, and criticised the prime minister’s decision. “I found it very challenging to see the prime minister defer to the scientists stood by his side … The decisions you make are decisions for people, and that’s an inherently political decision,” he told Unherd.

The ELSS has been contacted for comment and attempts to reach Perks were unsuccessful.
#Boris Johnson  #Johnson
Add Comment