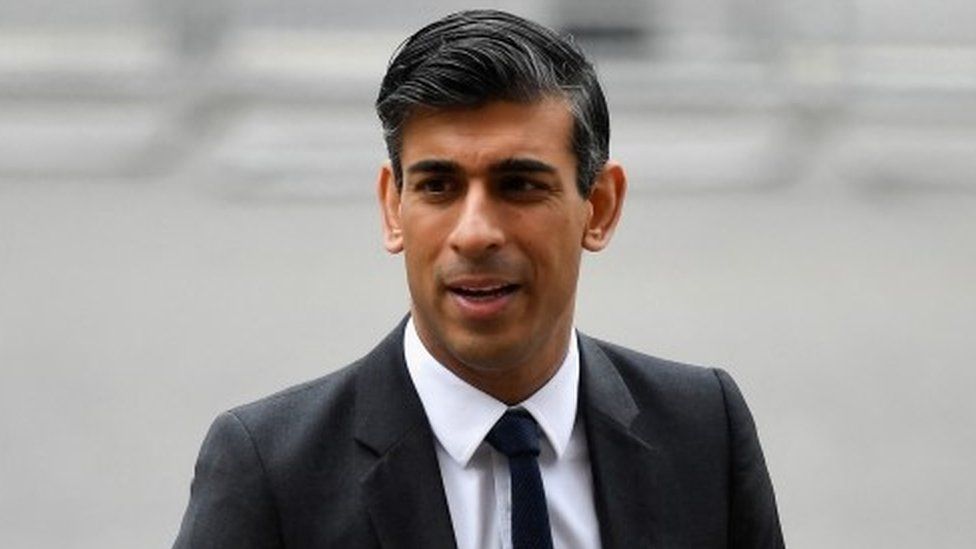 Chancellor Rishi Sunak says he has written to Boris Johnson asking for his ministerial declarations to be reviewed by the independent adviser on ministers' interests.

In a Twitter post, Mr Sunak said he hoped a review would calm "recent speculation" that followed reports about the tax affairs of his wife.

It has been disclosed Akshata Murty was "non-domiciled" for UK tax and Mr Sunak retained a US immigration green card - leading Labour to suggest there could be a potential conflict of interest.

Mr Sunak made the Cabinet Office aware of his wife's tax status as part of his declaration of interests when he first became a government minister in 2018.

Writing on Twitter, Mr Sunak said: "I have always followed the rules and I hope such a review will provide further clarity." 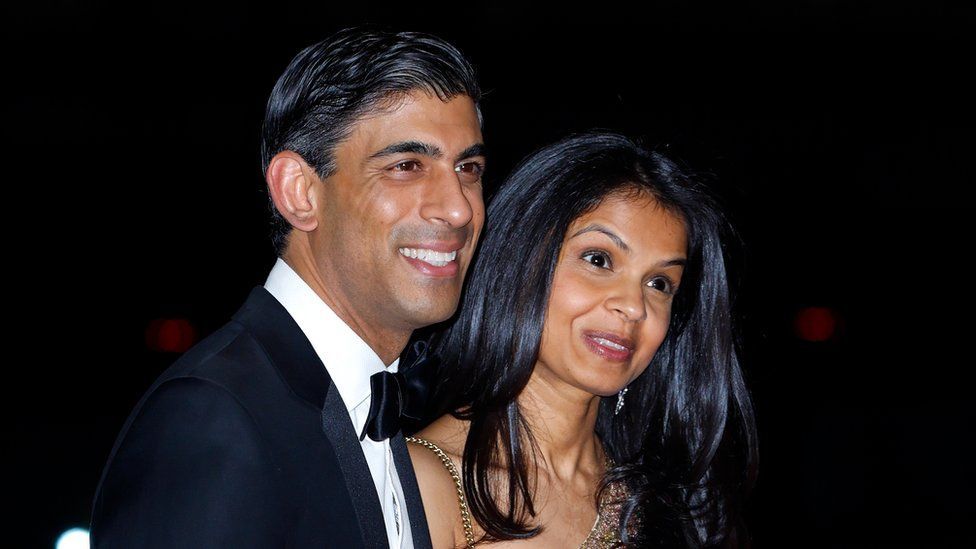 Rishi Sunak married Akshata Murthy in 2009, after meeting her as a student in California

In his letter to Mr Johnson, Mr Sunak requested that the independent adviser Lord Geidt review the "various declarations of interest" which he had made since first becoming minister and "reach his own judgment" on whether they were properly declared.

He said his "overriding concern" was to retain public confidence in the answers that he provided, adding he would recommend that all of Lord Geidt's conclusions be made public.

He added: "I am confident that such a review of my declarations will find all relevant information was appropriately declared."

It comes as a Whitehall inquiry is under way into how the details about Mr Sunak's wife were leaked to the media.

She owns £700m in shares of the Indian IT giant Infosys - founded by her father - from which she received £11.6m in dividend income last year.

As a non-domiciled (non-dom) UK resident, Indian citizen Ms Murty is not required by law to pay UK taxes on her overseas income. But she has said she will now do this.

Retaining his green card until last year entitled the chancellor to permanent residence in the US as well as making him liable to file a tax return there.

In his letter to the prime minister, Mr Sunak wrote: "My overriding concern is that the public retain confidence in the answers that are given and I believe the best way of achieving this is to ensure those answers are entirely independent, without bias or favour."

After details of her non-dom status appeared in the press on Wednesday evening, Mr Sunak said his wife had not "done anything wrong" and it was unfair to attack her as a "private citizen".

But on Friday, Ms Murty announced she would change her tax arrangements, telling the BBC she did not want to be a "distraction" for her husband.

Shadow home secretary Yvette Cooper has said there remains a "series of questions" for the chancellor to answer - including whether he had declared his wife's tax status when taking "policy decisions" affecting non-dom households.

Speaking to the BBC's Sunday Morning programme, she said: "The lack of transparency does raise questions about conflict of interest.

"The fact that they have changed their tax arrangements now shows that they do recognise it's a problem - but they wouldn't have done that if this hadn't been public."

Asked about the U-turn on the same programme, Policing Minister Kit Malthouse said the couple had recognised the situation "offended against a British sense of fair play".

"They recognise that there was a disconnect perhaps in the British public's understanding of what was appropriate, and they've corrected that situation now for the future," he added.

Downing Street has rejected newspaper reports that its staff leaked damaging stories about Mr Sunak to the media.

What is a non-dom?

A non-dom is a UK resident who declares their permanent home, or domicile, outside of the UK.

A domicile is usually the country his or her father considered his permanent home when they were born, or it may be the place overseas where somebody has moved to with no intention of returning.

For proof to the tax authority, non-doms have to provide evidence about their background, lifestyle and future intentions, such as where they own property or intend to be buried.

Those who have the status must still pay UK tax on UK earnings but do not need to pay UK tax on foreign income. They can give up their non-dom status at any time.

Ms Murty has chosen to be domiciled in India via her father, the billionaire Narayana Murty.