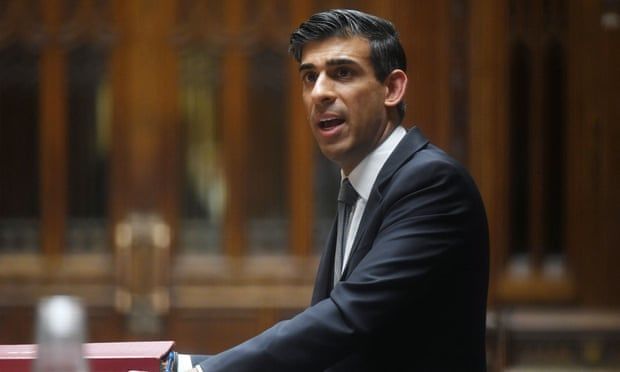 Rishi Sunak has battled to protect the Treasury from rising prices while allowing inflation to ravage the finances of low and middle-income households. That is the accusation levelled at the chancellor after a spring budget statement that put government debt reduction ahead of calls for extra welfare support for hard-pressed families.

Sunak’s dilemma, as inflation heads towards 8% and possibly beyond, is whether he can afford to increase the Treasury’s outlay on welfare and public services, including public sector pay.

His team believes that the Treasury needs to keep a large fund in reserve to pay higher debt costs, much of which is linked to inflation.

A proportion of the UK’s debt is held by lenders in the form of index-linked bonds. The more inflation rises, the higher the interest rate the government must pay.

Then there is the £875bn of government debt held by the Bank of England – equal to more than a third of the total – which until last year carried an interest rate of just 0.1%.

Figures covering the public finances in February show inflation pushed up interest payments on government debt by more than 50% to £8.2bn, the highest February figure on record.

Yet debts costs remain at historic lows as a proportion of the government’s budget, which is a better measure of its ability to pay. In the 1980s, debt interest cost the government about 10% of annual revenues. Today that figure is below 3%, despite a debt mountain that has more than doubled in relation to national income over that time. 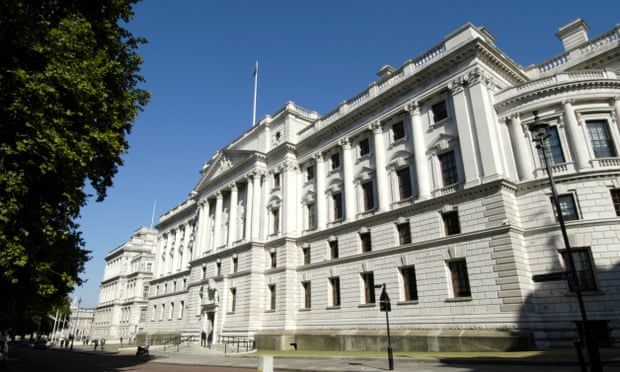 The offices of HM Treasury in Whitehall. UK government debt is highly sought after by international investors.

In addition, UK government debt is still highly sought after by international investors, meaning they are prepared to accept low returns over long periods. And there is little prospect of recent increases in inflation being sustained over the longer time horizons used by the Treasury to judge the nation’s financial stability.

Inflation will fall back this year and next because fuel prices are the biggest impetus for rising prices. Inflation is also kinder to the chancellor than it is to businesses or households. It increases his income from VAT. There is also a boost from wage rises that are slightly larger than forecast a year ago, which generates more income tax. Adding an estimated £21bn to his stockpile is a freeze on income tax thresholds set to last four years.

In the meantime, soaring gas prices and the higher cost of petrol and diesel will eat into business and household incomes with only limited compensation from higher incomes or government support.

In truth, much of the Treasury reserve fund is being kept back to fund tax cuts ahead of the next election, when much of it could be used to prevent more than 1.3 million people – including half a million children – from being pushed below the poverty line next year.