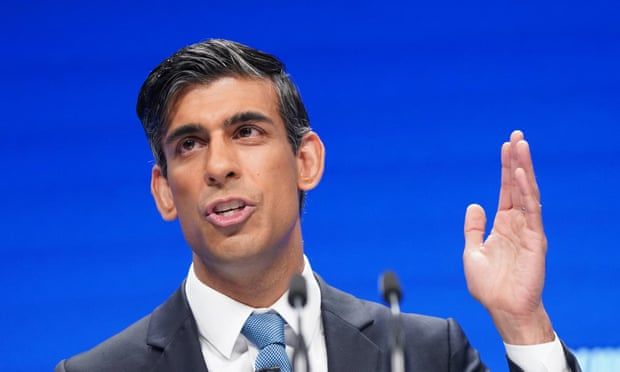 Analysis: Ill-timed US trip and reluctance to turn bailout taps back on could tarnish chancellor’s carefully polished image
Hobnobbing with tech bosses in California as the hospitality sector howled in pain at the catastrophic impact of the Omicron variant was a rare political misstep for a chancellor whose public image is so carefully polished.

Until midweek, the Treasury had stuck carefully to the line that ample financial support was already available to hard-hit hospitality firms – the VAT cut for the sector extends into next spring, for example.

And Downing Street officials maintained that since they weren’t ordering businesses to close, additional help would not be necessary.

Sunak himself was said to be deeply sceptical about turning the bailout taps back on, after the furlough scheme was finally wound down in the autumn, and as he tries to rebuild his reputation for fiscal prudence – something he believes is a key dividing line with Labour.

Yet even before Chris Whitty advised the public “don’t mix with people you don’t have to”, restaurants and pubs were sounding the alarm about plunging takings in the crucial Christmas season – one they hoped would mark a return to something like normal after last year’s festive shutdown.

And added to the public’s growing caution as they batten down the hatches is the impact of mass absences as Omicron rips through the population – particularly in London, though other areas are unlikely to be far behind.

By Wednesday, when Whitty and the prime minister were peppered with questions about what precautions the public should take, it was clear the line wouldn’t hold – and on Thursday morning a string of Conservative MPs vented their frustration at the lack of support (as well as at Whitty, the chief medical officer for England).

Sunak prepared to fly back to London, first delivering the soothing message that he was listening to hospitality businesses, and would continue to work with them “over the coming days”.

With venues closing and a slew of events and performances being cancelled, the consensus at Westminster is that the chancellor may have to move faster than that, and announce a package of support before the weekend.

He now faces the dilemma of whether to draw up a relatively small-scale, targeted rescue scheme just for hospitality – or address the crisis many more businesses are likely to face over the next month or so, as staff fall ill.

Sunak is widely seen as a potential successor to Boris Johnson, whose authority has taken a hammering in recent weeks over a series of missteps and scandals.

Being caught on the hop in his spiritual home of sunny California underlined how different his style is to that of Johnson.

Sunak is an enthusiast for the entrepreneurial west coast startup culture, devoting part of his Tory party conference speech this year to the potential for artificial intelligence (as well as promising to make the UK “the most exciting place on the planet”).

He met his wealthy wife, Akshata Murty, when the pair were studying at Stanford, and the couple have a property in California. One Labour strategist dismissively calls him a “wannabe tech bro”, with his branded hoodies and Palm Angel sliders.

Sunak and the prime minister have distinct ideological differences too. While Johnson’s instinct is to spend his way out of a political hole, Sunak wants to build up enough headroom now to cut taxes in the run-up to the next general election. There has sometimes been frustration in the Treasury about Johnson’s boosterish tendency to overpromise.

But for now, Sunak will be reluctantly forced back into spending mode, to prop up an economy battered yet again by Covid. And he will be hoping voters – as well as furious backbenchers – will forget that he was caught on the wrong side of the Atlantic when the crisis hit.
#Boris Johnson  #Johnson  #Covid
Add Comment