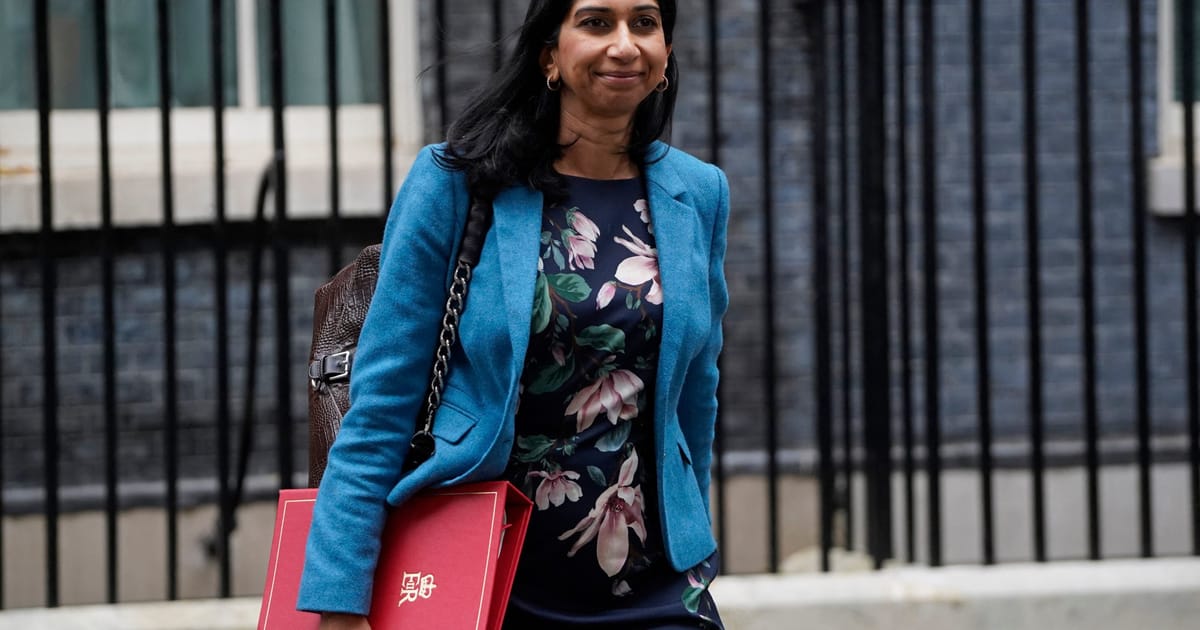 Rishi Sunak defended his “unity Cabinet” on Wednesday after coming under fire for reinstating Suella Braverman as the U.K.’s home secretary days after she was forced to resign over a breach of government ethics rules.

Opposition leader Keir Starmer said the post should be held by someone whose “integrity and professionalism are beyond question,” and accused Sunak of doing “a grubby deal trading national security because he was scared to lose another leadership election.”

Braverman, a leading Tory Euroskeptic, was forced to resign from Liz Truss’ Cabinet only last week over her decision to send an unpublished, official Home Office document to a backbench MP — a national security breach of the ministerial code which is meant to police government behavior.

Her endorsement of Sunak in the Tory leadership race over the weekend was seen as crucial in driving momentum behind the new prime minister’s campaign.

Speaking during his first outing in the House of Commons since becoming prime minister, Sunak said Braverman had “made an error of judgment” but said she had “accepted her mistake.” He said he had been delighted to welcome her back into “a united Cabinet that brings experience and stability to the heart of government.”

During a lively first prime minister’s question time, Starmer quipped that the only time Sunak had run in a competitive election he had been “trounced by the former prime minister, who herself got beaten by a lettuce” — a reference to the tabloid stunt which saw Truss’ political survival pitted against the shelf-life of the salad item.

Sunak told MPs he was the “first to admit that mistakes were made” during Truss’ brief tenure and dropped a clear hint that a controversial part of her brief time in office could be junked.

Asked if he would reverse the green light given by the former prime minister to fracking — a method of extracting shale gas disparaged by environmentalists — Sunak told Green MP Caroline Lucas: “I stand by the manifesto on that.” The 2019 Conservative election manifesto said the party would not “support fracking unless the science shows categorically that it can be done safely.”

There was one moment of cross-party unity in the knockabout session: Starmer said Sunak’s appointment as Britain’s first Asian prime minister was “a significant moment in our national story.”