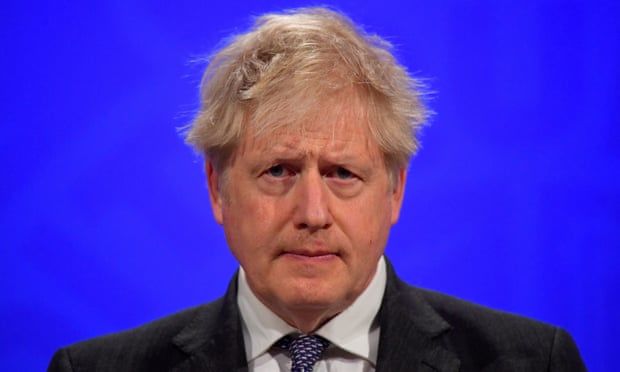 The parliamentary vote on social care passed pretty comfortably for the prime minister, but a nasty war over the funding of his social care reforms rages on in the Tory-leaning press. Accusations of treachery and “disgrace”, of addiction to tax hikes, of being an ideological void – and even of murdering conservativism – are all being laid at Boris Johnson’s door.

And this from the closest he has to friends in the media. The leftwing press may have piled on its own allegations that the new tax scheme will hit the struggling employed and yet leave wealthy pensioners and high earners untouched, but much of the harshest criticism is still coming from the right.

*  Writing in the Daily Telegraph on Thursday, Allister Heath, editor of the Sunday title, attacked the reputation of the PM with a frenzy. “Shame on Boris Johnson, and shame on the Conservative party. They have disgraced themselves, lied to their voters, repudiated their principles and treated millions of their supporters with utter contempt,” Heath argued under the headline “Boris’s shameful Tory betrayal guarantees the total victory of socialism in Britain” and a sub-heading that proclaimed “The Conservatives have trashed their intellectual traditions for the sake of short-term political gain.”

*  Fraser Nelson, editor of the venerable rightwing journal the Spectator, had no kinder words for Johnson, although he certainly did not declare a covert victory for socialism.

Under the claim that Johnson’s cabinet has presided over the “inversion of the welfare state”, Nelson explained the mechanics by which this trick has been pulled off. “The traditional logic of the welfare state – that those with power and money help those with less of it – would be turned on its head… Some will help families who can in no sense be described as rich. But after the NHS waiting list has begun to ease, the tax becomes a care home insurance scheme, and the refusal to impose any means-testing has big implications.”

*  On the eve of the vote, the Spectator’s economics editor, Kate Andrews, alleged Johnson had “reneged on manifesto promises left and right” and was now revelling in the growth of the “big state”.

She feared, she added, that the NHS hole will drain all the new cash. “Unless decades of politicalisation and idolisation of the health service are undone overnight, and it becomes politically possible to critique the health service, this seems like a near-impossible situation. The only guarantee, then, is a new, higher tax burden.”

*  Another pair of missiles launched on the eve of the vote came from the Telegraph. Robert Taylor claimed Johnson is “addicted to big government”, predicting further tax rises, while Camilla Tominey, the paper’s associate editor, said Johnson lacked shame “as he sounded the death knell for conservatism”. She argued: “Mr Johnson’s suggestion that the public feels in their bones the need to spend more on the NHS appeared to miss the point that most would rather it was the government’s money than more of their own hard-earned cash.”

*  The Daily Mail has been torn between celebrating the cap on individual social care spending and scepticism about the ultimate effectiveness of such a big impact on taxpayers. On Tuesday, under the headline “The NHS delusion”, Christopher Snowdon asked: “The key question is: will we see the results of this huge cash injection? I have my doubts that we will. The backlogs caused by Covid-19 are a convenient excuse for soaring waiting lists, which now stand at 5.5m and are projected to rise to an eye-watering 13m.”