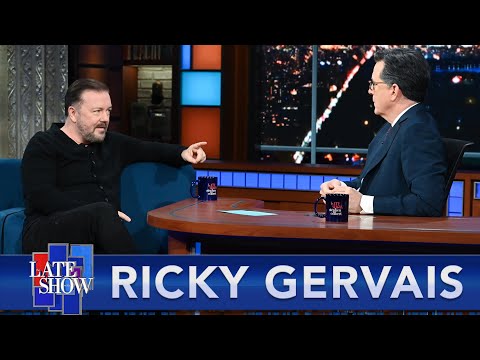 The comedian, who is known for some savage material and has openly spoken out against cancel culture and the woke community, discussed irony on The Late Show with Stephen Colbert.

‘People get offended when they mistake the subject of the joke with the actual target and smart people know you can deal with anything, particularly when dealing with something like irony,’ he explained.

The 60-year-old, who stirred the pot with several comments following the viral Oscars Will Smith – Chris Rock slap, added that he covers a variety of ‘evergreen’ topics, including ‘famine, AIDS, cancer, Hitler.’

Ricky, who was promoting his new Netflix show, SuperNature, revealed that at the start of the special, he explains irony to his audience, ‘just to warn them,’ he said.

He added: ‘Humour gets us over bad stuff. That’s why I laugh about terrifying bad things. You know, that’s why comedians are obsessed with death because, you know, it gets us through… it’s an inoculation to the real things that are going to happen.’ 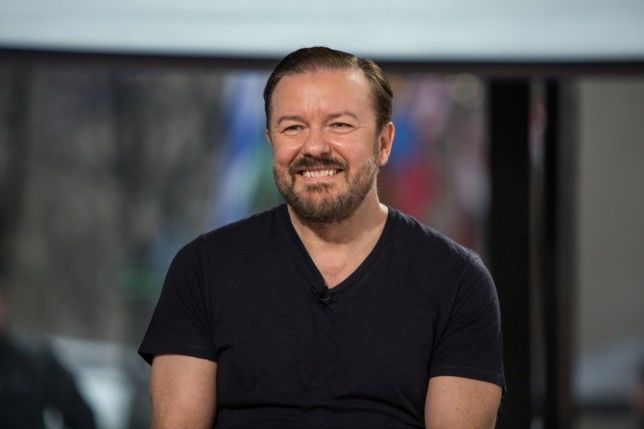 Recently, Ricky admitted that he won’t be going easy on his next stand-up show, and is actually ‘trying to get cancelled.’

Speaking to Heat magazine, Ricky revealed: ‘One thing I’ve decided to definitely do, and can’t wait to start on, is my new stand-up show, which is going to be called Armageddon.

‘I’m treating it like it’s my last one ever. It won’t be, but I want to put everything into it. I want to try and get cancelled. No, I just want to go all-out there.’ 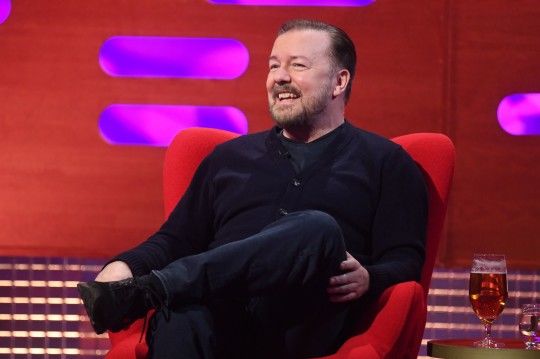 The comedian admitted he actually is trying to get cancelled

Speaking about cancel culture, Ricky previously told Metro.co.uk: ‘Everyone’s got a different definition of cancel culture. If it is choosing not to watch a comedian because you don’t like them, that’s everyone’s right. But when people are trying to get someone fired because they don’t like their opinion about something that’s nothing to do with their job, that’s what I call cancel culture and that’s not cool.

‘You turning off your own TV isn’t censorship. You trying to get other people to turn off their TV, because you don’t like something they’re watching, that’s different.’