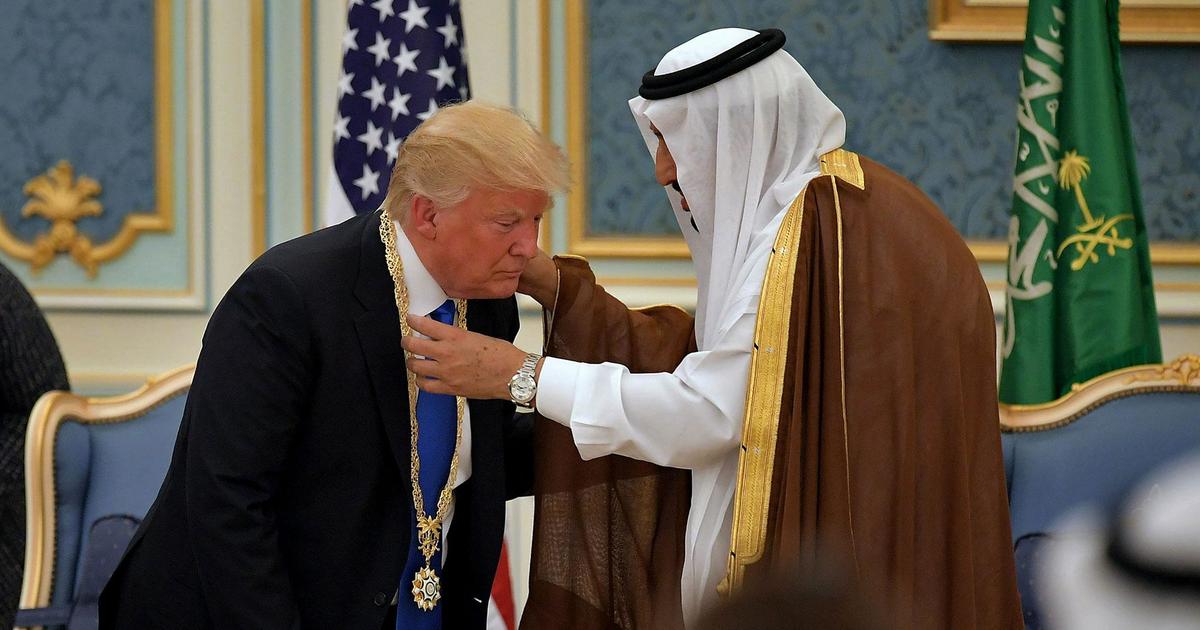 Revealed: the gifts given to President Trump by Arab leaders

According to US law, gifts given to the President and his family are the property of the United States but they are free to purchase them at market value once out of office

A $2,650 gold-plated camel statue and a set of plates worth over $23,000 were among the gifts given to President Donald Trump and First Lady Melania Trump by Arab officials, according to US government records.

The items are among dozens listed in a document from the Office of the Chief of Protocol, which provides details of gifts given by foreign government sources to US federal officials in 2019, ranging from President Trump to members of congress and senior members of various government departments and the US military. 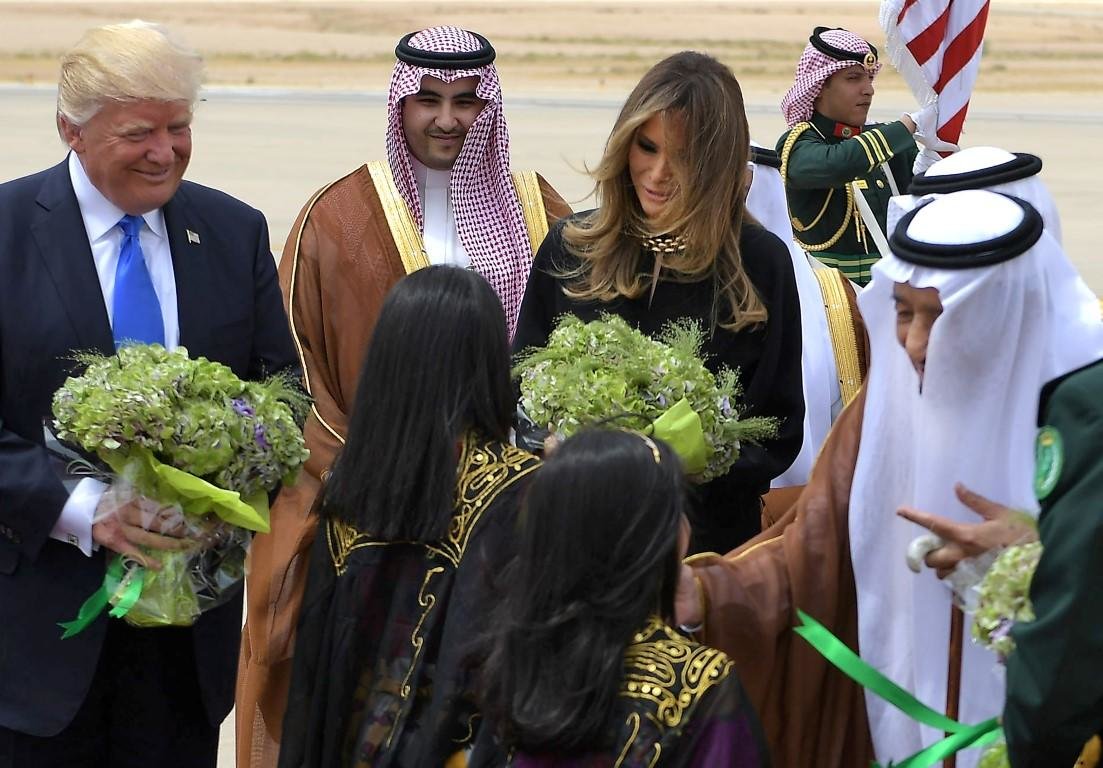 Among the items listed in the document include a $2,000 bowl and frame ensemble given to Melania by Saudi Prince Khalid bin Abdullah, as well as a $10,000 designer-made chair featuring papyrus flower designs given to the First Lady by Egyptian President Fattah Al Sisi. 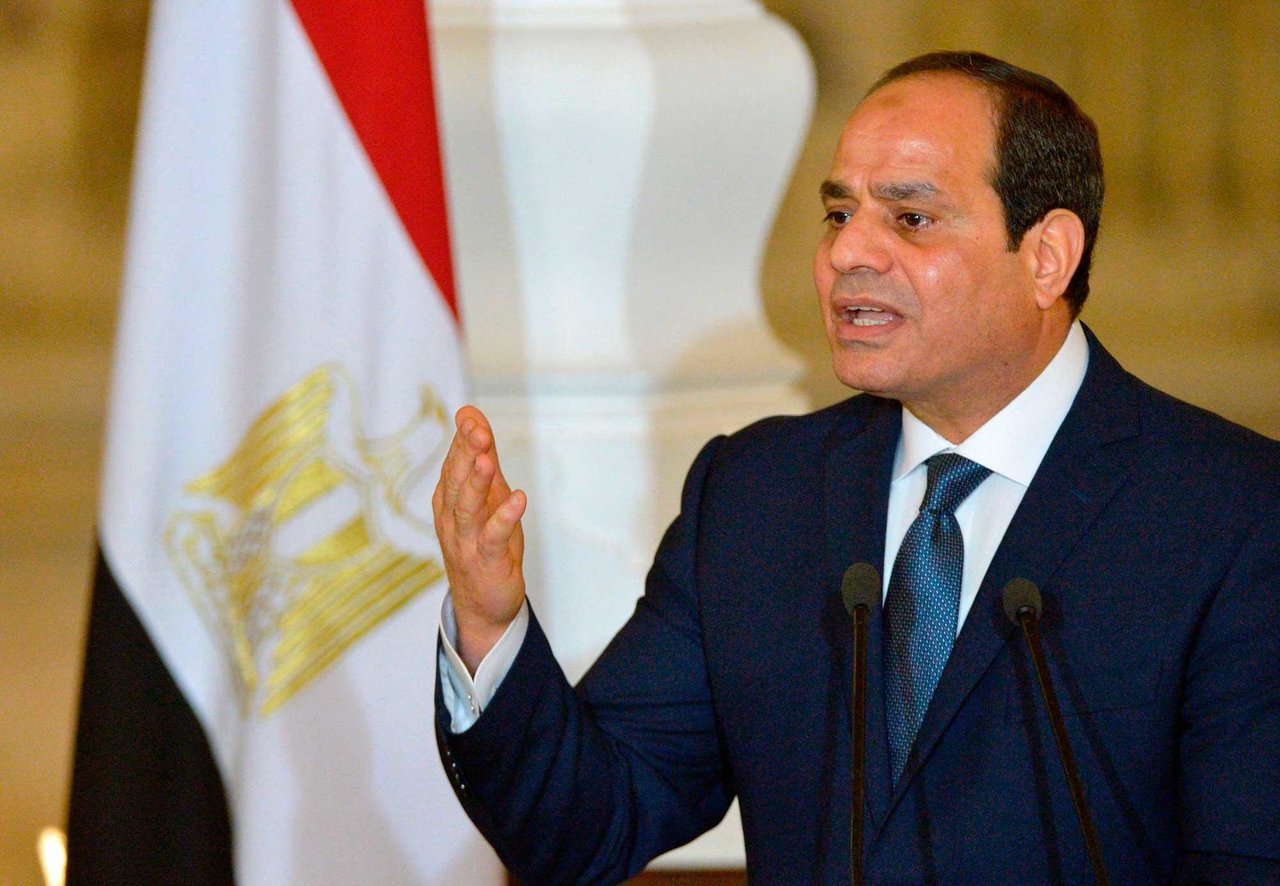 Other Saudi gifts for American officials included a $730 statue of a woman in a glass case and Cartier pen for Secretary of State Mike Pompeo, as well as a $5,946 black Armin watch for General Terrence McKenrick, the deputy commanding general of the US Army’s Central Command, which oversees the MENA region.

Of the 11 items listed as coming from UAE officials in 2018, none were directed to the President or the First Lady.

Pompeo, on the other hand, received a $490 “custom sculpture of rock masses” created by Emirati artist Mattar Bin Lahej.

James Mattis, a former Marine Corps general who served as Secretary of Defence for the first two years of the Trump administration before resigning, received a “white engraved Corian with brass inlay wall hanging” valued at $1,650 from Sheikh Mohamed bin Zayed. 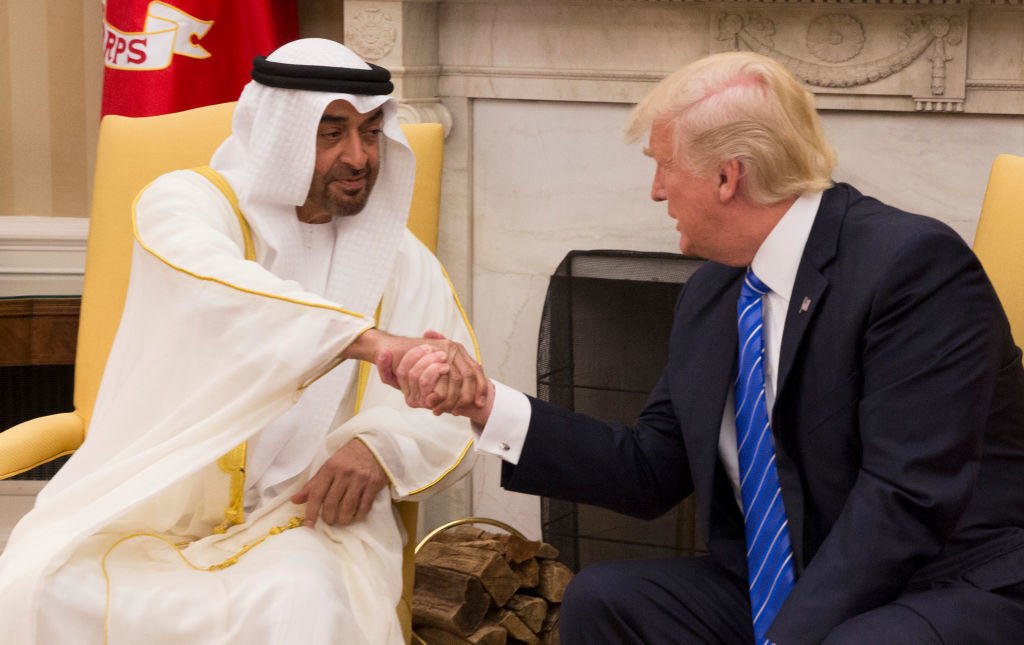 Among the gifts received by US Vice-President Mike Pence, the document noted, was a $5,730 desk phone given to him by Bahraini Crown Prince Salman Bin Hamad Al Khalifa, who also serves as First Deputy Prime Minister and Deputy Supreme Commander of the Bahrain Defence Force.

The Vice-President was never able to use his gift. The document notes that it was “destroyed” as per the policy of the United States Secret Service. No further details were provided.

In all cases, the document noted that “non-acceptance would cause embarrassment to donor and US government.” 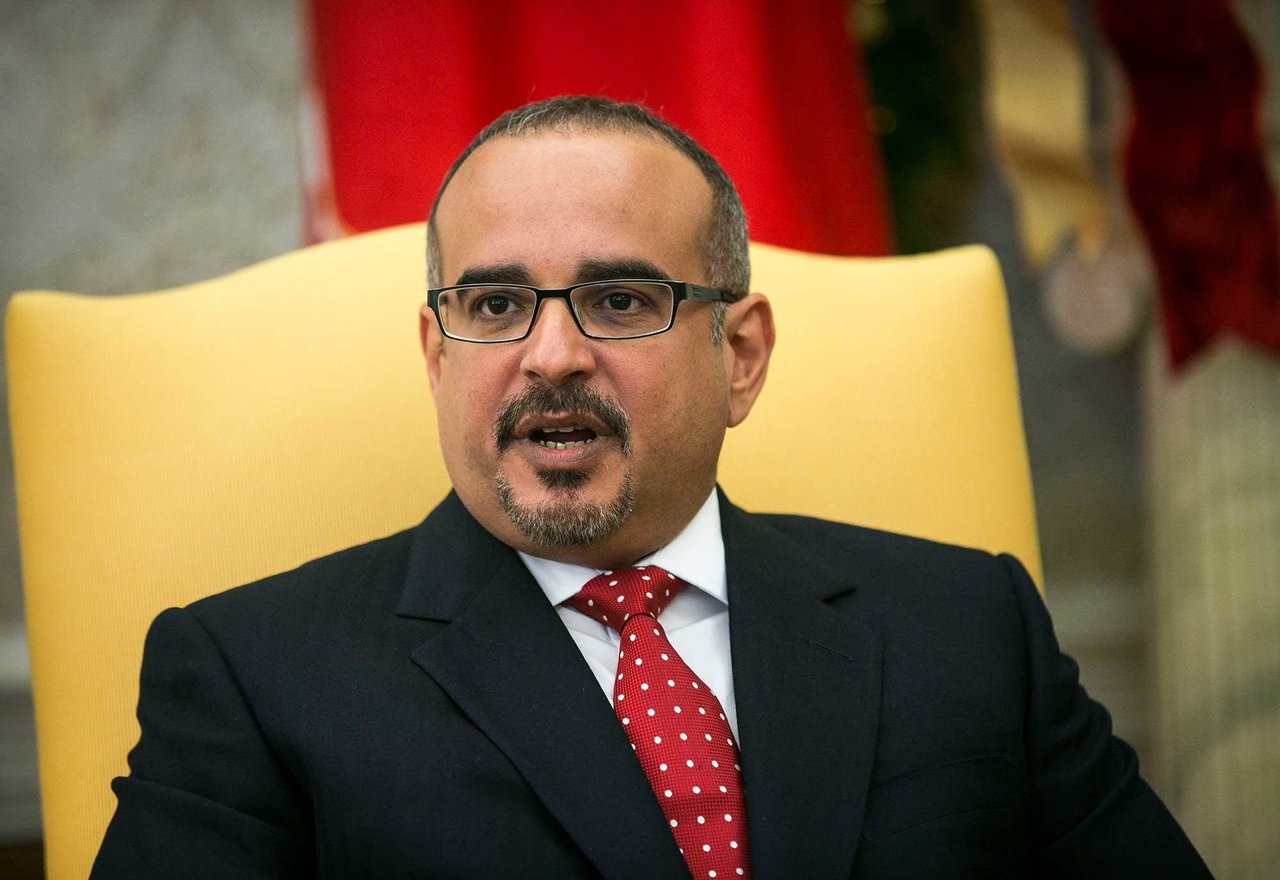 All the gifts given to President Trump and his family were handed over to the National Archives and Records Administration, or NARA.

According to US government regulations, gifts to Presidents – and their families – are considered the property of the United States.

Once a presidential term has ended, the gifts are either transferred from NARA to a presidential library, or can be purchased by the outgoing president at current market value.

While 2018 was a fruitful year in terms of gifts to President Trump, his family and other Federal employees, they pale in comparison to 2017. 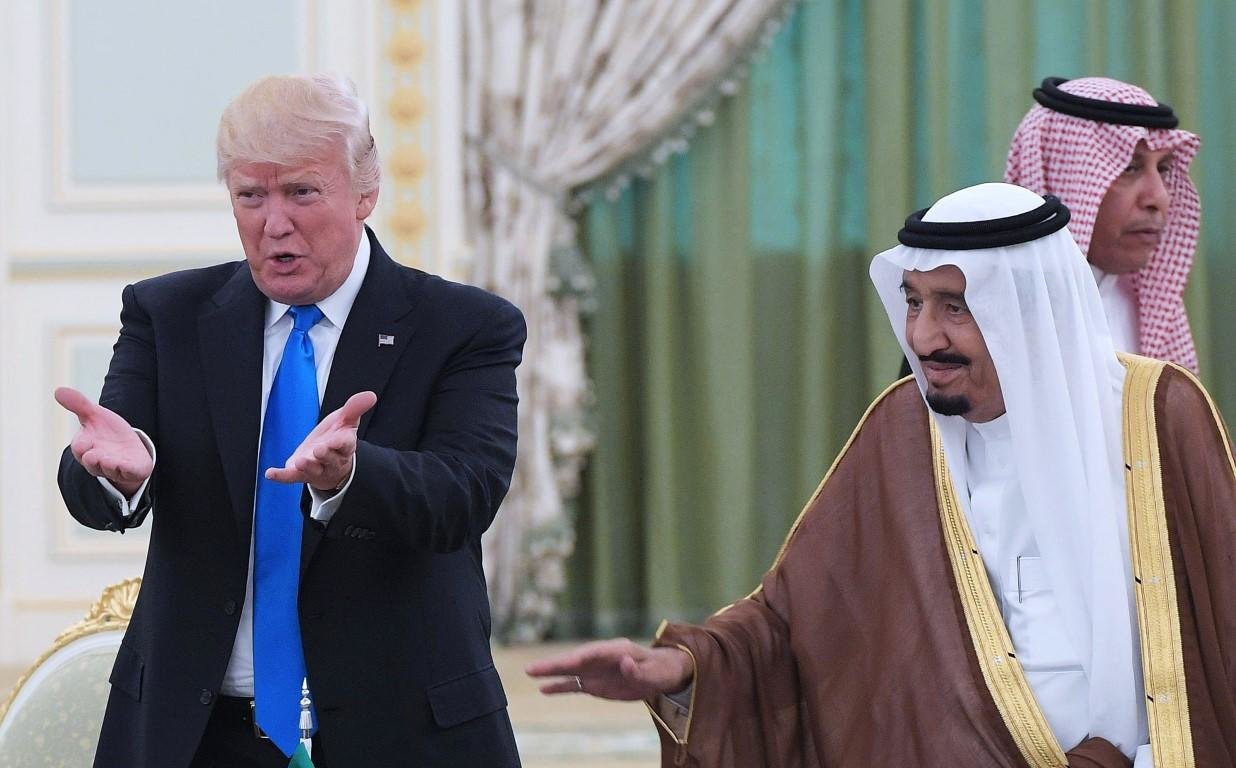 During the course of that year – Trump’s first in office – he received a variety of gifts from Arab governments, including a $6,400 ruby and emerald pendant necklace from Saudi Arabia’s King Salman and a $4,850 gold-plated model of a fighter jet from Bahrain.

Other gifts given to Trump included a $3,700 bronze statue of three oryx from Abu Dhabi Crown Prince Mohamed bin Zayed, who also gave the US president a number of other gifts such as a $1,250 bronze sculpture of a manatee and a $470 model oil well surface cap valve system. 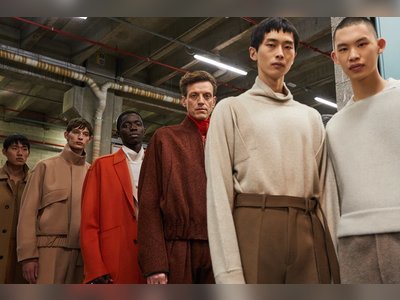 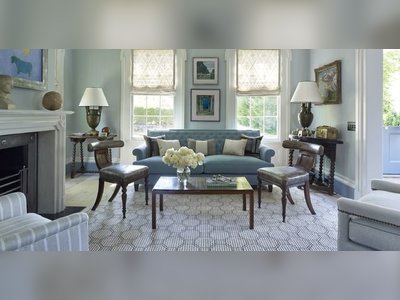