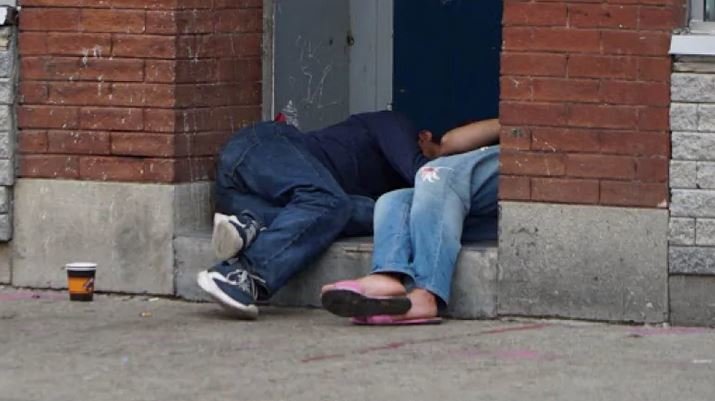 Indigenous people and newcomers to Canada are facing "alarming" rates of poverty in London, a new report into the state of social well-being in the city released Thursday shows.

The Vital Signs report, prepared every other year by the London Community Foundation, highlights where the city's population stands in terms of racial equality, poverty, housing and gender equality.

Released Thursday, it points out that 55 per cent of newcomers and 36 per cent of Indigenous people in London live at or below the poverty line. It also says that reports of hate crimes have gone up in the city.

"We knew all of this before, but COVID has really ripped the lid off and showed the depth of structural inequalities that exist," said Jerry White, a sociologist, chair of Vital Signs, and a board member at London Community Foundation. "We have too many Londoners who are being left behind."

The report also points out there are 5,000 Londoners on a waiting list for rent-geared-to-income. Almost 40 per cent of newcomers and 17 per cent of Indigenous people live in housing that is either too small, needing significant repairs or too crammed * called "core housing need" in the report.

Family Service Thames Valley says it has seen at least a 30 per cent increase in domestic violence cases since the pandemic began, an increase echoed by agencies serving survivors of gender-based violence across the city.

One in seven Londoners can't properly feed themselves, and that number isn't unique to those living on social assistance, White said. The majority - 60 per cent - of those who have trouble putting food on the table have paid employment.

"They're people who are working and are still experiencing this type of insecurity," he said.

The pandemic has also shown that when they need to, different levels of government can work together and quickly mobilize to help people, he added.

"As a society, we can't go back to 'normal' because normal wasn't working," White said.

"We must direct the same energy and commitment we did to flatten the curve to transform the systems that do not work equally for all Londoners."

The London Community Foundation is asking all levels of government to pitch in to make live easier for the most marginalized, and says it is willing to help facilitate discussions.

It also calls on ordinary Londoners to speak up and act in a way that can help others.