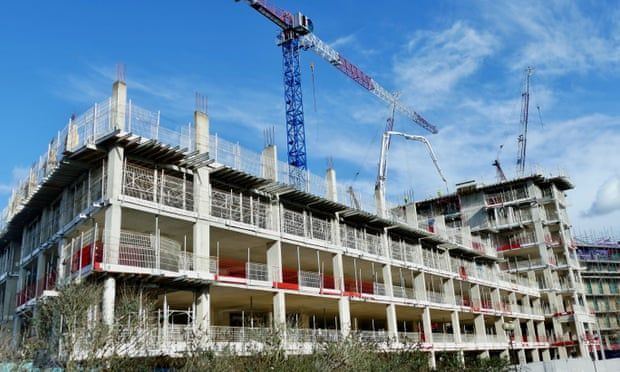 Long-delayed and apparently feeble enforcement measures will fail to tackle corruption, it is predicted

The government’s long-delayed register of offshore owners of UK property will fail to tackle corruption unless multiple loopholes in the draft legislation are closed, experts have warned.

On Monday, the government announced it would introduce a “register of overseas entities” requiring anonymous foreign owners of UK property to publicly declare their true identities as part of its draft Economic Crime (Transparency and Enforcement) bill.

The legislation would require any overseas owner of a UK property, including an owner hiding behind secrecy devices such as shell companies, trusts or foundations, to disclose their identity to Companies House.

It would apply to any property in England and Wales bought by an overseas company within the past 20 years. Failure to comply with the register would be punished with a prison sentence of up to five years, or daily fines of up to £500.

Steve Goodrich, head of research and investigations at the anti-corruption group Transparency International UK, said the bill’s proposed £500-per-day fine for non-compliance would be laughed off by corrupt officials.

“Where prosecution isn’t really an option, because for instance the owner lives in Russia, which doesn’t extradite its citizens, then you’re left with fines only. £500 a day is small change for those with deep pockets,” he said.

“We’re calling for graduated sanctions, increasing fines over a certain period, with the prospect of confiscation where non-compliance is stubborn.”

The timescale for the register being brought into force remains vague. The government announcement says “implementation will proceed at pace” once the bill has been passed by parliament, though it provides no details on dates.

Goodrich said the draft bill contained an 18-month “transition window” to allow overseas owners time to comply with the rules. “Those looking to make a swift exit for the door have it held wide open for them,” he complained.

A register of offshore property owners was first proposed in 2015 by David Cameron, as part of a raft of measures to prevent criminals and corrupt foreign officials from laundering money through expensive UK property.

Legislation to enact it has been delayed for years, amid suspicion that lobbyists and some politicians have sought to delay it.

Questions also remain as to what checks will be conducted to ensure that those registering under the new law are telling the truth, according to Graham Barrow, a financial crime consultant.

Barrow has for years warned that Companies House, which administers company registration in the UK, allows company owners and directors to file obviously false information. Last month he identified a newly registered UK company with share capital of £146tn, which is more than twice the GDP of the entire world.

He said that unless the government accelerated plans to require Companies House to verify company information, overseas owners of property could circumvent the new register by owning their offshore company through the UK, and providing incorrect details to the Companies House.

On Monday the government released a white paper about Companies House reform, which sets out the government’s position on the issue and is a precursor to possible draft legislation.

“I don’t understand why we’re getting a white paper on something that the government has consulted on, sat on, for years,” Barrow said.