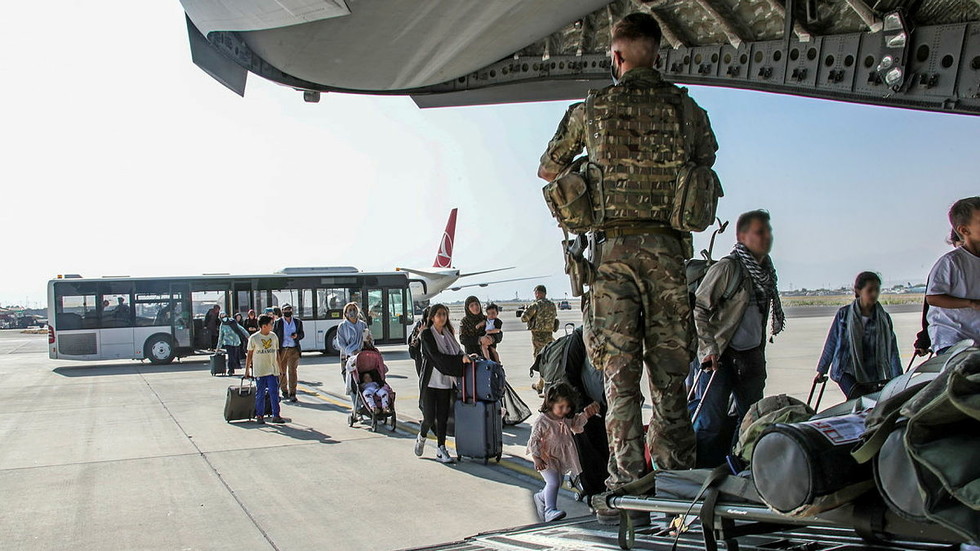 Redeploying thousands of troops to Afghanistan is not an option, UK PM Johnson says

The British prime minister says there is no appetite to take the UK back into Afghanistan after 20 years of allied operations in the country were undone by a month-long Taliban offensive.
Speaking to Parliament on Wednesday, UK Prime Minister Boris Johnson stated that it’s an illusion to believe there is any desire among NATO members to return to Afghanistan.

Johnson said there is no appetite among allied partners for a “a continued military presence or for a military solution imposed by NATO in Afghanistan.”

“That idea ended with the combat mission in 2014, and I do not believe... that deploying tens of thousands of British troops to fight the Taliban is an option.”

Instead, the prime minister said the UK would be focusing on avoiding a humanitarian crisis as a result of Afghanistan’s fall to the Taliban, calling on the UN to lead a new aid mission to the region.

The prime minister also said the UK would carefully watch developments in Afghanistan, noting that it will judge the Taliban on actions, not words. “We will judge this regime based on… its attitude to terrorism, to crime and narcotics, as well as humanitarian access, and the rights of girls to receive an education.”

On Tuesday, Home Secretary Priti Patel said the country would welcome 20,000 Afghan refugees, but only 5,000 in 2021, as she encouraged other nations to share the burden.

On Monday, Kabul airport was stormed by civilians attempting to flee the Taliban after its capture of the Afghan capital. The Islamist group has vowed to rule in accordance with Sharia Law, but has made vague promises to uphold women’s rights and declared amnesty for all.
#Boris Johnson  #Afghanistan  #Priti Patel  #Johnson
Add Comment