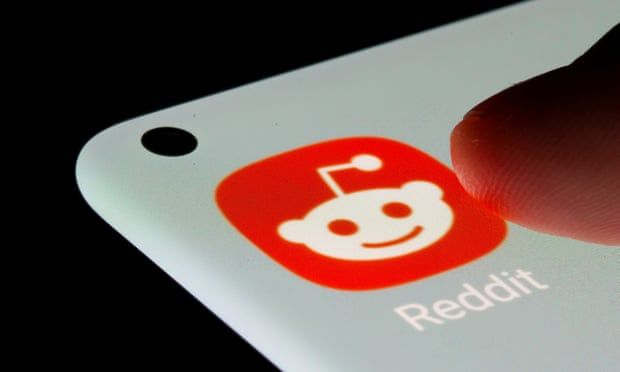 Some of site’s largest subreddits switched to private, saying Reddit is failing to tackle misinformation
Reddit has banned a discussion forum that spreads misinformation about coronavirus and vaccines after a user rebellion over the site’s failure to tackle Covid sceptics.

The online discussion site acted after 135 Reddit communities, or subreddits, announced they had “gone dark”, a move that blocks non-members from reading or joining the page, in protest at the site’s refusal to limit discussions that propagate misleading theories about the pandemic.

Reddit initially refused to ban subreddits identified as spreading misinformation. But it bowed to pressure on Wednesday, announcing that it had kicked out r/NoNewNormal – which has 124,000 subscribers and contains posts warning against taking Covid vaccines – for breaking rules related to interfering with or harassing other subreddits. The site said r/NoNewNormal was guilty of a practice known as “brigading”, where members of one subreddit are incited to target a rival discussion group.

“We found very clear signals indicating that r/NoNewNormal was the source of about 80 brigades in the last 30 days (largely directed at communities with more mainstream views on Covid or location-based communities that have been discussing Covid restrictions). This behaviour continued even after a warning was issued,” said a member of Reddit’s platform safety team on Wednesday, announcing that the forum had been banned.

The r/NoNewNormal group had described itself as “a diverse international coalition with the shared goal of restoring our old ways of life before the world fell into the grips of fear and hysteria”. One post on Tuesday stated: “Being anti-[vaccine] mandate is not anti-science, it’s pro-freedom, pro-choice.”

Reddit also announced that it had “quarantined” an additional 54 communities, meaning it has flagged the groups’ content as having the potential to be “highly offensive or upsetting” and preventing it from showing up on the normal homepage. It added that the percentage of Covid-related content from Covid denial communities has increased from 1% last year to more than 3% currently, with most of the increase occurring since July 2021.

Reddit clarified its guidelines on Wednesday, to make clear that it prohibits posting health information that has been manipulated and presented to mislead, or poses a risk of significant physical harm to the reader.

The “gone dark” protest covered many of the site’s largest subreddits, including r/Futurology and r/TIFU, which have more than 10 million subscribers each, although r/TIFU had reopened to non-members after the new Reddit statement.

A message on the r/Futurology forum announcing the protest said “people are dying from misinformation” related to coronavirus. “Futurology has gone private to protest Reddit’s inaction on Covid-19 misinformation,” the message said. “Weaponised misinformation is a key problem shaping our future. Reddit won’t enforce their policies against misinformation, brigading, and spamming.”

Reddit initially defended its refusal to ban Covid sceptic groups. Its chief executive, Steve Huffman, wrote in a post last week that the site was a place for “open and authentic discussion”. He said: “Dissent is a part of Reddit and the foundation of democracy. Reddit is a place for open and authentic discussion and debate. This includes conversations that question or disagree with popular consensus.”

The r/PokémonGo subreddit, representing players of the augmented reality game, announced it was going dark and would stay private until Reddit removed sites spreading misinformation about Covid. “We have gone private in protest of Reddit’s inaction against Covid misinformation. As our users know Covid directly impacts this game because Go is played outside in real life with others.”

The message added that the group had supported protests against Pokémon Go’s developer recently after it announced plans to reverse safety measures implemented at the start of the pandemic last year.

Research by the UK and US-based Center for Countering Digital Hate published this year found the vast majority of Covid-19 anti-vaccine misinformation and conspiracy theories originated from 12 people – including the Kennedy family scion Robert F Kennedy Jr – with a combined following of 59 million people across multiple social media platforms.

CCDH analysed 812,000 Facebook posts and tweets and found just under two-thirds came from the “disinformation dozen”. Facebook said it had already taken action against some of the groups mentioned in the report, while Kennedy said he had never posted an inaccurate statement on his Instagram account.
#Coronavirus  #Facebook  #Vaccines  #COVID-19  #vaccine  #Covid
Add Comment