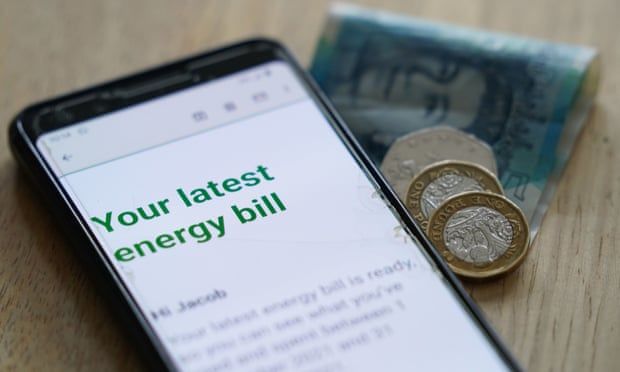 The opposition has written to the prime minister and both Tory leadership candidates warning that it is a “crucial deadline” for government action to tackle soaring energy bills, after inflation topped 10% for the first time in 40 years.

Ofgem will announce the new level at which energy bills will be capped next Friday, with forecasts predicting an increase to £3,582, or 82% above the current cap.

Annual energy bills are expected to hit £4,500 a year from January, and £5,456 from April, with warnings that households across the country face serious hardship without government intervention.

Labour this week unveiled a £29bn plan to freeze the cap at the current level of £1,971 for six months from October, which would save the average household £1,000, piling pressure on the next prime minister to follow suit.

Thangam Debbonaire, the shadow leader of the House of Commons, has now written to the prime minister, Liz Truss and Rishi Sunak, urging them to recall parliament two weeks early and to freeze the price cap before winter.

“Across Britain, people are having to make unthinkable choices about how to pay their bills, causing endless worry for households and businesses,” she said.

“In seven days, Ofgem will announce the rise of the energy price cap. Against the backdrop of a rise in inflation to 10.1%, this won’t just send households into a further spiral of worry, pushing them to cut back even further ahead of the winter. But it will create another shock for our economy.

“With businesses and households on the brink, we cannot wait to act. Families deserve a government that is on their side, and is ready to take the action needed now to meet the scale of this national emergency.”

Earlier this month, the Lib Dem leader, Sir Ed Davey, called on the government to announce an emergency budget to deal with the cost of living crisis. Ian Blackford, the SNP’s leader at Westminster, has also urged the prime minister to bring back MPs before the end of the summer recess.

Simon Francis of the End Fuel Poverty Coalition said: “The demand for parliament to be recalled tops a week of chaos as Britain’s broken energy system starts to unravel.

“Ofgem is now facing potential legal challenges to its decisions while charities stepped up warnings of the grim spectre of elderly people dying cold and alone this winter.

“But as chaos reigns, the government remains silent on how it will help people stay warm this winter. A week of political focus on fuel poverty now could bring in the extra financial help needed and also lay the groundwork to tackle the problem in the long term.”

A government spokesperson said: “While fiscal decisions for the coming months will be for the next prime minister, we are continuing to support people directly now with financial support as part of our existing £37bn package, which will continue to arrive in the weeks and months ahead to help people with the rising cost of living.”

Labour also called on Liz Truss to urgently explain her exact involvement in the government’s decision to shut down a key gas storage facility that has left Britain with dwindling energy supplies.

The decision to shut down Rough natural gas storage facility, taken in 2017 when she was chief secretary to the Treasury and responsible for agreeing or denying major spending requests, weakened the UK’s energy security supply before the current crisis and has left ministers scrambling to reverse it.
#Boris Johnson  #Johnson
Add Comment