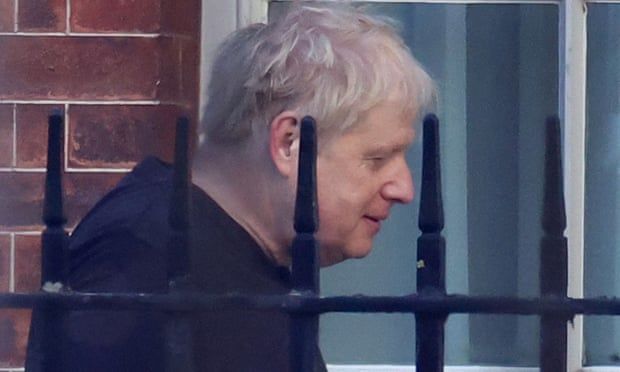 Tobias Ellwood says PM has a lot of work to do, with change of direction needed by October party conference

Rebel Conservatives have given Boris Johnson until the party conference to change direction, saying rules could be altered to allow another challenge, as Dominic Raab called for the “democratic result” of the vote to be respected.

Johnson lost the confidence of 41% of his MPs in a vote on his leadership on Monday night, after weeks of anger over lockdown-breaking parties in Downing Street and fears the party’s direction is causing a slump at the polls.

The prime minister will attempt to reassert control of the political agenda this week by confirming the government will table legislation to override parts of the Northern Ireland protocol – a move likely to further inflame tensions with some of his party critics.

He will also make a major speech on housing on Thursday, including an intention to extend the right to buy to housing association tenants.

A landmark review of NHS leadership, intended to “level up” failing trusts, is also expected to report this week. On Tuesday morning, Johnson will tell his cabinet of new plans in the coming weeks to ease childcare costs – widely briefed as allowing carers to take on more children.

At cabinet, Johnson will also reiterate a desire to improve delivery, particularly on the cost of living, crime and the NHS backlog.

“This is a government that delivers on what the people of this country care about most,” he will say, citing government achievements on household support and recruitment of police officers.

“Today, I pledge to continue delivering on these priorities. We are on the side of hard-working British people, and we are going to get on with the job.”

But one of Johnson’s key critics, Tobias Ellwood, said on Tuesday that the strength of feeling against the prime minister was so great – with 148 MPs voting against him – that he had just months to turn it around. Under current party rules, Johnson should be safe from a challenge for a year but rules can be changed by the backbench executive of the 1922 Committee.

Ellwood told Sky News: “A lot of work to be done. A reshuffle is now required: bring in fresh talent, and actually start to focus on the big issues.

“Let’s do things that appeal to the country and not just to our base – more exciting policies than the privatisation of Channel 4 and bringing back imperial measurements, but a real economic strategy that’s actually going to help tackle the cost of living crisis.”

Asked how long he believed Johnson would remain as prime minister, he added: “I think we’re talking a matter of months, up to party conference [at the beginning of October].”

Raab said the Conservatives should “draw a line in the sand” following Monday’s confidence vote. “It was clearly and decisively won. We move forward to deliver for the people of the country and that is the way we do the right thing by our constituents.”

When asked whether he could count on rebellious colleagues to support policies, Raab added: “There’s a huge amount, when you look at our policy agenda, that binds us together.”

The deputy prime minister said potential losses for the Conservative party at two byelections in Wakefield, West Yorkshire, and Devon’s Tiverton and Honiton, were not an indication of the party’s fortunes.

The former Tory leader William Hague said Johnson should “turn his mind to getting out” to provide a fresh start for the party. “While Johnson has survived the night, the damage done to his premiership is severe,” he wrote in the Times.

“Words have been said that cannot be retracted, reports published that cannot be erased, and votes have been cast that show a greater level of rejection than any Tory leader has ever endured and survived. Deep inside, he should recognise that, and turn his mind to getting out in a way that spares party and country such agonies and uncertainties.”