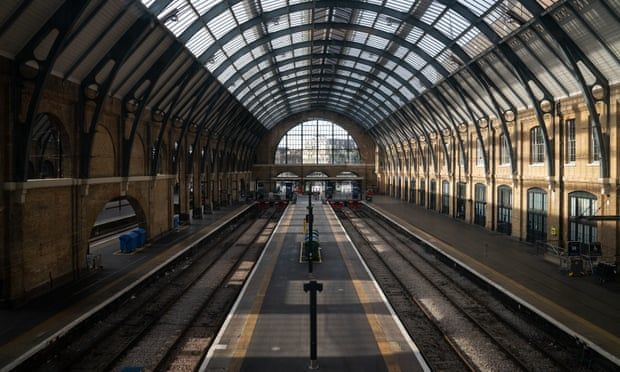 Commuters and other travellers are facing further disruption over three days from Thursday on rail, tube and bus services, as tens of thousands of workers begin the latest round of strike action.

Network Rail, several train companies, London Underground and buses in the capital will be hit by industrial action due to long-running disputes over pay, jobs and conditions.

However, strikes by bus workers across Cheshire, Lancashire, Manchester and Merseyside will be suspended while GMB members vote on a new pay offer, the union and Arriva North West said on Wednesday.

On Thursday, members of the Rail, Maritime and Transport (RMT) union at Network Rail (NR), workers from 14 train operators, Transport Salaried Staffs’ Association (TSSA) union members at seven companies and Unite members at NR will strike. This will have a knock-on effect on rail services on Friday morning.

Also on Friday, members of the RMT and Unite working on the tube will strike, as well as Unite members on London United bus routes in the capital in a separate dispute over pay.

The RMT general secretary, Mick Lynch, said his union’s members were more determined than ever to protect their pensions and secure a decent pay rise, job security and good working conditions.

“Network Rail have not made any improvement on their previous pay offer and the train operating companies have not offered us anything new,” he said. “Tube bosses are having secret negotiations with the government about cutting costs by slashing jobs and undermining working conditions and pensions.

“Network Rail is also threatening to impose compulsory redundancies and unsafe 50% cuts to maintenance work if we did not withdraw strike action. The train operating companies have put driver-only operations on the table along with ransacking our members’ terms and conditions.”

Rail services on Thursday and Saturday will be substantially reduced, with only about a fifth running and half of the lines closed. Trains will only operate between 7.30am and 6.30pm on both strike days.

TSSA members taking action include staff working in ticket offices, stations, control rooms and engineering, as well as planning, timetabling and other support roles. The union is seeking guarantees that there will be no compulsory redundancies, a pay rise in line with the cost of living, and no unilateral alterations to job terms and conditions.

The TSSA general secretary, Manuel Cortes, said: “Our members in the rail industry are going into the third or fourth year of a pay freeze. Meanwhile, food and fuel bills are spiralling, and the Tory cost of living crisis is making working people poorer.”

The transport secretary, Grant Shapps, said: “It’s clear, from their coordinated approach, that the unions are hell-bent on causing as much misery as possible to the very same taxpayers who stumped up £600 per household to ensure not a single rail worker lost their job during the pandemic.

“Sadly, union chiefs have short memories and will be repaying this act of good faith by ruining millions of hard-working people’s summer plans. Businesses too will suffer, with the capital’s leisure and tourism sectors, which have been banking on that summer trade, set to lose millions – a particularly cruel blow given how hard many worked to stay afloat during successive summers of lockdown.”

Steve Montgomery, the chair of the Rail Delivery Group, said people unable to travel on 18 or 20 August could use their tickets either the day before or up to and including 23 August. Alternatively, they can change their ticket or claim a refund.

The strike by Arriva North West bus workers has been suspended while GMB union members vote on a new pay offer worth an increase of 11.1%.

“Industrial action will now be suspended while members vote on this new deal. If they accept, the strike will be officially over.”

The rail strikes come after data on Tuesday showed Britain’s trains have had their least reliable year since records began. The figures showed 3.6% of planned trains were cancelled or part-cancelled in the 12 months to 23 July, according to analysis of Office of Rail and Road data by PA Media. The news agency said it was the highest proportion in records dating back to 2015.