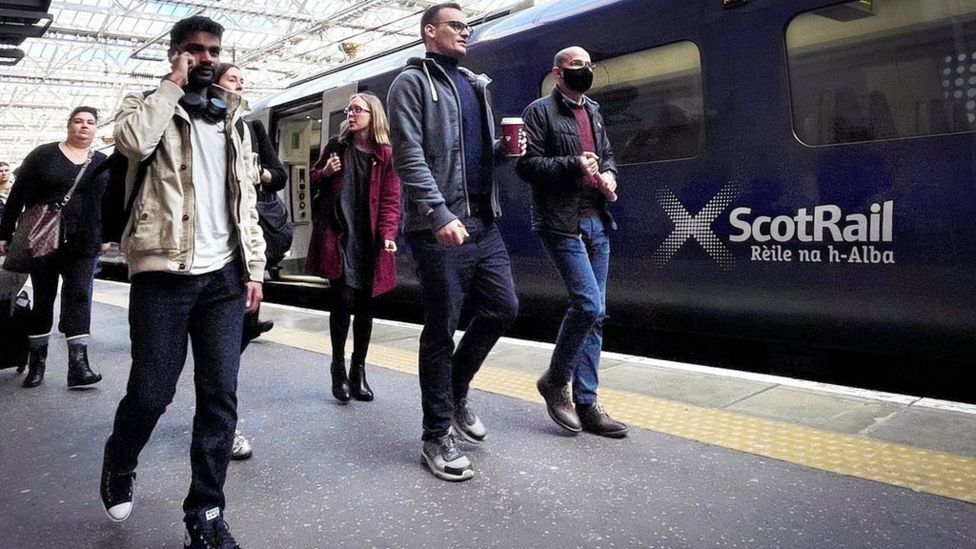 ScotRail says it will have to cancel more than 90% of its usual services when a UK-wide strike by signal workers takes place next week.

Members of the RMT union working for Network Rail are due to take action next Tuesday, Thursday and Saturday.

ScotRail says it will only be able to run about 180 services on five routes in the central belt, and warns there will also be disruption on other days.

The train operator usually operates 2,150 services on its full timetable.

It is currently running a reduced timetable of about 1,500 services due to a separate pay dispute with the drivers' union Aslef, which is now asking its members to accept a revised deal.

Rail lines will only be open between 07:30 and 18:30, and ScotRail says the last trains will depart well before 18.30. Information for passengers will be available on its website.

Other operators will also run some trains on the east coast and west coast mainlines.

ScotRail's service delivery director David Simpson said: "Customers should expect significant disruption to services next week, including on the days between strike action.

"On the five routes where we are able to operate a very limited service on strike days, we're advising customers to seek alternative means of transport and to only travel if they really need to."

Events happening in Scotland on the strike days include the Royal Highland Show in Edinburgh, which runs from 23 June to 26 June, and a Barry Manilow concert at the Hydro in Glasgow on 23 June.

The industrial action, which has been described as the "biggest rail strike in modern history", is expected to involve more than 40,000 RMT members.

Although ScotRail and Caledonian Sleeper staff are not participating in the strike, their services will also be disrupted.

The signal workers are employed by Network Rail, which manages most of the UK's railway tracks and stations. 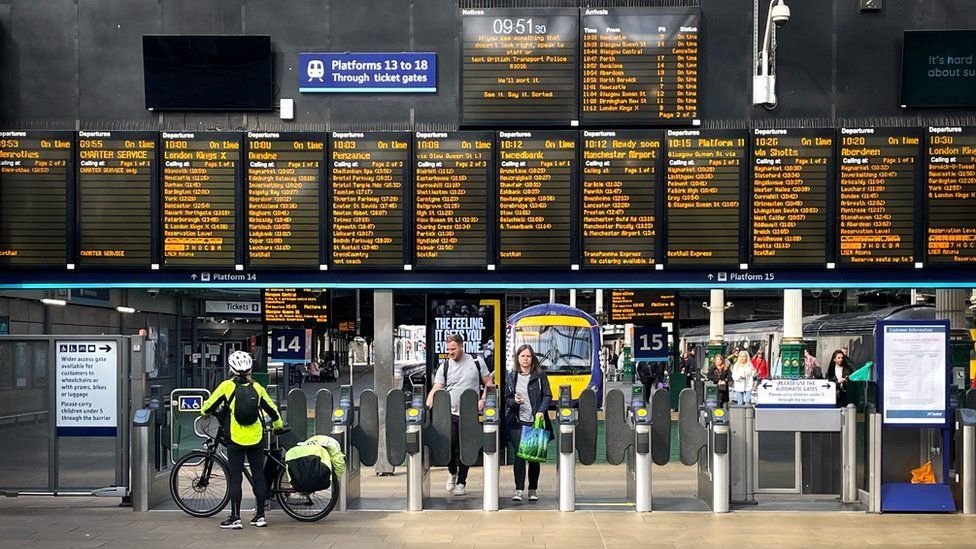 Network Rail Scotland's route director Liam Sumpter said: "We understand the disruption this strike will cause and apologise to passengers for the impact on their journeys.

"We are continuing talks with our trade unions to seek a compromise that would avoid this damaging strike action."

The RMT has said it is open to meaningful negotiations, and that its members have been subject to pay freezes, threats to jobs and attacks on their terms and conditions.

The action is separate to the dispute between ScotRail and the Aslef union, which has seen hundreds of trains cancelled each day after many drivers opted not to work overtime.

Aslef says it is now recommending that its members accept the deal on the table. Results of the ballot should be known on 11 July.